Began with the living room, the easiest.

Moved some old things to put away in our storage room and spread out some of the gifts we had received here.

Started on the shower-room cleaning as well.. The house was added on to after it was built so there’s a separate room for a shower and sink and then the toilet is in another room.
Between furniture moving, wall washing, spiderweb removing and decorating the day passed pretty rapidly.
Aunty Yvonne stopped by late afternoon to ask if id like to join her on a small trip to town.

I got ready in record time and we went to town.

She showed me the doctors office and pharmacy.. And then took me to the best store to buy “good, cheap items.”

Then to Jumbo.. The groceries seem fairly cheap here but then again everything comes in very small amounts so it may not be that much cheaper in the end.

Hard to tell when I’m used to Costco amounts 😜

Back to the cottage to unpack groceries.
Mike got back a bit early from work without telling me so I didn’t have supper going.

With a fair bit of evening left we decided to head to IKEA and some other stores and eat something wherever we ended up.
We stopped at a small ish store we had wedding gift-cards to use at, we found a small little oven to purchase! 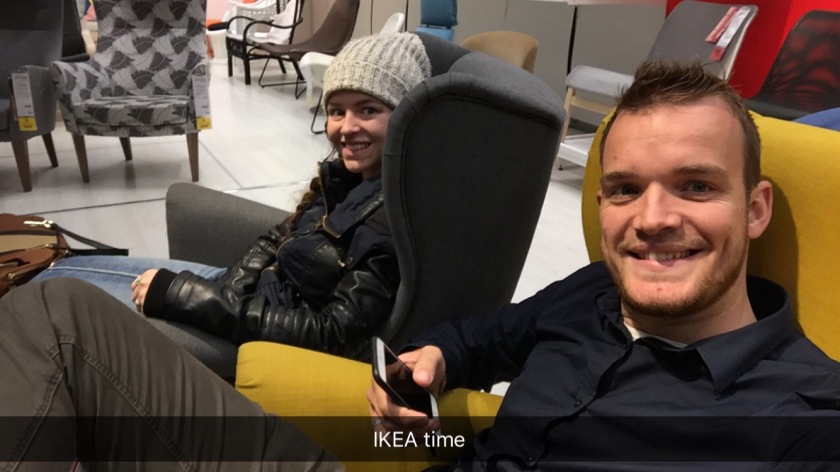 Supper was IKEA chicken balls for Mike and meatballs for me, fries for us both.

Back to the house, lunch making and kitten visiting finished up our evening.

I play with the kittens, Mike kind of just looks on with a slightly grossed out look on his face 😜