Friday morning Inge was kind enough to make Mike and I breakfast before we went our separate ways.

Mike and I started out by going to the second-hand store.
Found a small, brand new freezer for only 40 euros and a few other small items for equally good prices.

From there we went to check out some washing machines and other home appliances, from stores with non used items 😉

So much is needed it’s hard knowing where to start really.

Mike had found a paint store for me when he had been in Europe between our engagement and wedding.

I picked out some paint brushes and papers, and signed up for the ‘returning customer 20% off’ 😏

We walked along the streets, going into the stores that happened to catch our eye.
One thing that caught Mikes eye was not a store, but a food truck, imagine that 😛
He got the dutch version of what we call new years cookies.
Deep fried, donut like balls with raisins.
Served warm and dipped in icing sugar.

Very windy day so it was chilly to walk from shop to shop but that’s how it goes here, no big malls all joined and warm 😜

Headed back to John and Inge’s, the kittens needed checking on and we were getting shopped out for the day.
Inge made pizza style dishes for supper. 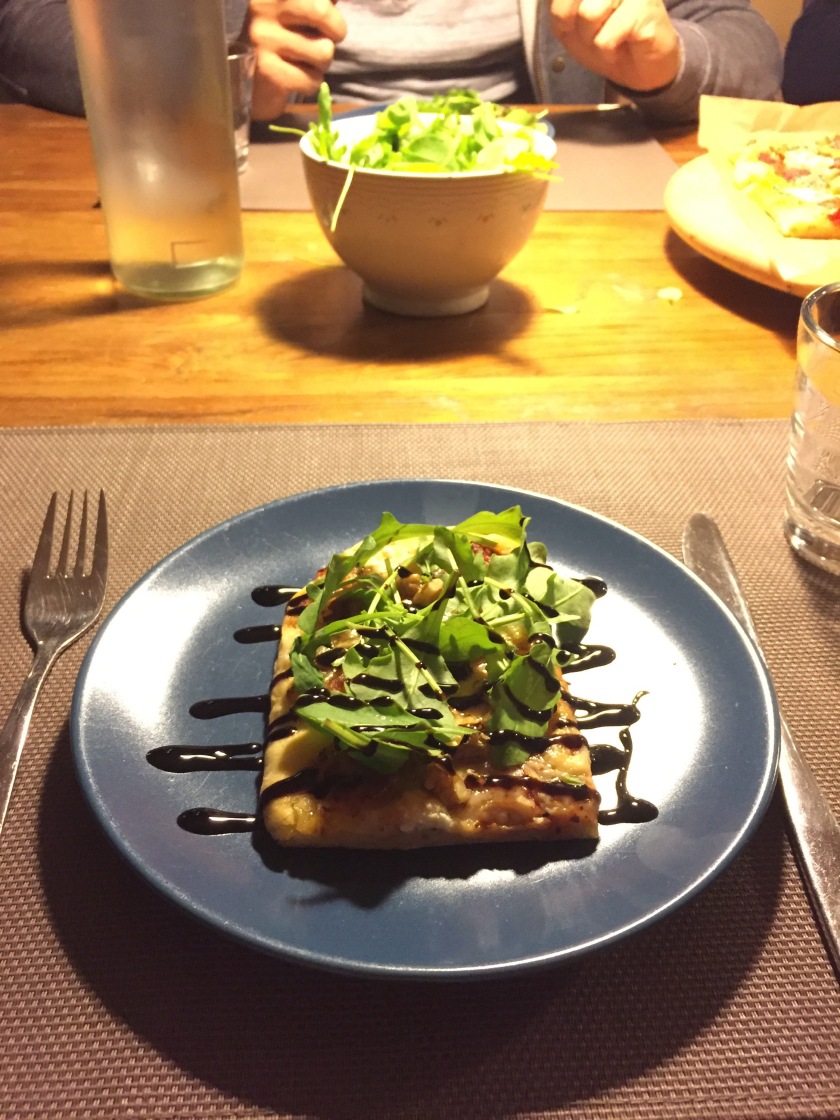 Very tasty and never before would I have thought to add nuts to pizza.

Mike went out to look for wifi boosters for at our cottage.
I stayed back to sit by the fireplace, write and kitten watch.

I’m joining the weekend days together while writing here because I truly don’t know what we did where or when.
Many stores.
Many purchases we were very happy with.

Always new sights and things to learn and trying to decide what colour/designs you want in a home is harder than you’d think.
Especially when your husband is part colour blind and you can’t trust his opinion on the difference between the teal item or the grey one because to him they are both whitish grey…Thanks Mike.
Poor guy will think his whole house is whites and greys when it’s really all mints and teal 😁

If any of you readers know good care tips for a Bonsai… let me know because we got one.
I figured it was the plantiest thing I could maybe have a chance at not killing.
Still working on his name.
I name everything.

One store we went into looks relatively normal sized from the outside.
From inside the store it seemed larger… and larger… and larger.
We seriously started going around corners HOPING it would be the last one but it just kept going😳
It’s a nice home decor store but enough is enough.

Grabbed some burgers that were being made by a creepy carousel and served on a hotdog bun.. They were actually pretty edible though 😝

We finished those and went into another ‘small’ shop to quickly grab some kitten items.

It was crowded with people and special winter displays, on and on we went through the people and rooms feeling almost claustrophobic at times.

We eventually found the cat section and made our way out.

As we walked to the car we noticed a sign on the building saying the store and shops were 4500 square meters.. could be why it felt like we would never be able to get out!
I finally got to FaceTime with my family!
Wifi and time zones finally aligned and I was able to talk to Pro and then Mom and Dad ☺️💕
Nice to finally see and hear them and not just read a few messages typed out.

Some friends of the family came over to John and Inge’s for supper Saturday night and she made a creamy leek soup.
Its made with a flavouring and cheese that only Germany carry and she gave me those two key ingredients to make it myself.

John and Inge also kindly allowed us to bring the kittens with, though they themselves have never let animals in their home.
(The things daughter-in-laws will force upon you 😁 )
The overall idea of the kittens may not be liked, but for someone who doesn’t like cats, John graciously shared his couch, blanket and wife’s attention with one😉
The cuddles and playing are accepted but the rest (food, litter) was more than ready to be gotten rid of I’m sure.

Thank you both for being understanding 😉