Left the house at 3:45am to drive to the Weeze Airport, just across the border in Germany.

Boarded the plane at around 7… It’s a budget airline so that means seats done recline, no tv’s, no seat pockets in front of you even.
It must also mean no heat because I was freezing cold the whole 4 hours and 45 min pretty much.
Oh and you have to pay for drinks, coffee to warm and waken was bought and worth it since it was good coffee at least. 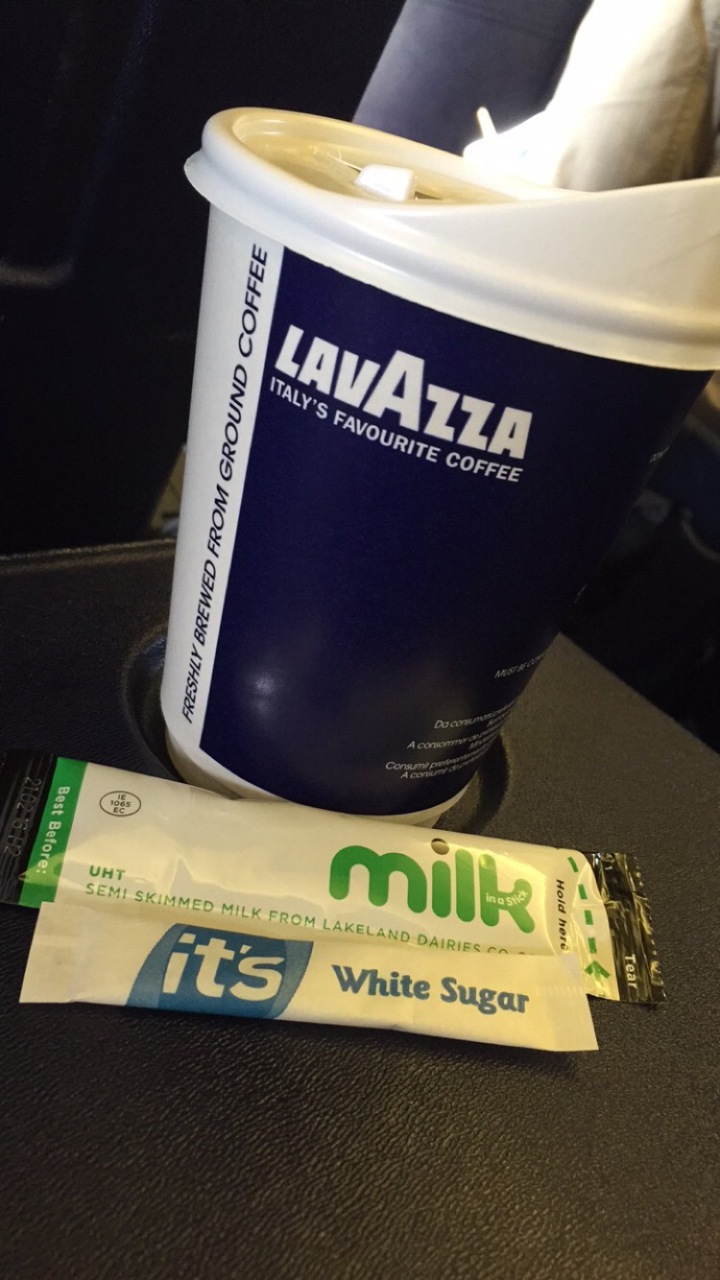 The man in front of us threw up while landing, So that was really nice to smell/ see…😷

Mike suggested I wait for luggage while he got in line for the car rental.
Both waits took fairly long but eventually we got out and began to see what Gran Canaria had to offer.

We both said it actually reminds us a fair bit of Arizona.
Palm trees and cactuses, mountains and dirt, not a ton of greenery or trees except for where it’s planted along the roads and towns.

We drove towards our hotel, making stops along the way at the bank and a grocery store to stock up on drinks and snacks.

Decided to sit down and enjoy the sun and ocean view at a restaurant along side the beach. 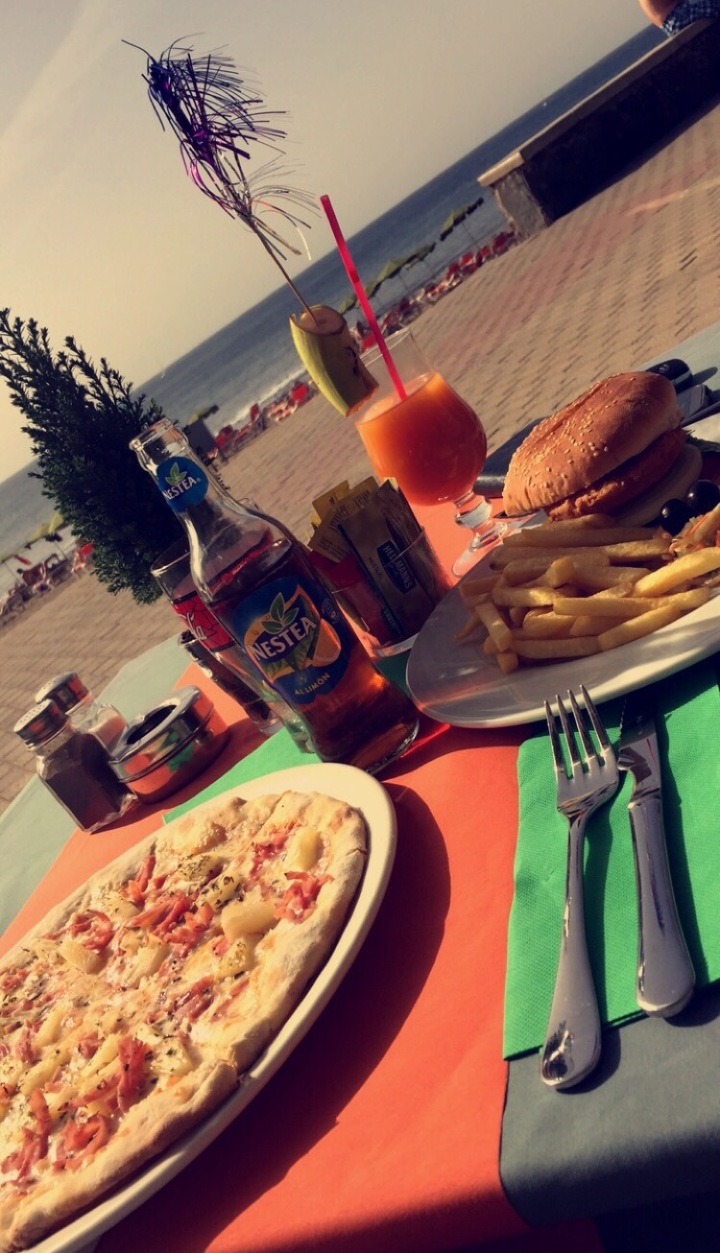 After relaxing awhile there, we got back on track to head to the hotel.
Hotels, stores and homes are all built into the mountain sides along the coast, so it makes for very pretty, interesting sights as you drive.

Streets are small and crowded, not much for parking spots or driving in general at times and I’m always reminded how glad I am that Mike is the calm, capable driver he is.
I can think of many others, (myself included) who would make the driving experiences memorable, and not for good reasons.

After a few turn arounds and Mike pointing out every hotel he THOUGHT of booking but didn’t (pretty much the entire cliff sides worth) we made it to our hotel, “Gloria Palace” .

The staff greeted us with a beverage of choice before we went to check out our room.
A spacious room with a balcony in the sun, looking out across the ocean awaited us.

As we stood on our balcony, a pigeon came to visit us.
We watched him a bit and I apologised to him for not having any food handy to give him.
A moment later as he was standing on the ledge, he literally just stepped off the edge and dropped down.
No spreading or fluttering of wings, no looking around, just one step off and straight down.
Mike said he probably committed suicide since I had no food for him.
Doesn’t sound too funny here, it was one of those “you had to have been there” moments, but we found it startlingly entertaining  😝

We relaxed there for a while before again hitting the streets and exploring.
We ended up at a grocery store … Those seem to be our favourite and a few more seemingly essential items were purchased.
The stores here have many specialty sections specifically for English, Norwegian, Dutch etc. as many older people stay in Gran Canaria to enjoy the average 20’s winter temperature.
Mike was overjoyed to find a favourite Norwegian chocolate he likes called “Smash”.
Chocolate covered chips.. Not so special in my opinion but whatever floats your boat eh 😉

Supper was the snacks we had acquired throughout the day, as well as the leftover pizza from lunch.
Eaten from the comfort of bed, with the sounds of the ocean for our dinner music.
Our evening was spent talking, eating and catching up with family via group chats.

Early to bed as flying tires a person out.
Most people anyways … Mike doesn’t seem to know the meaning of slowing down yet, marriage hasn’t caught up with him 😜