Started off the day by making some warm apple salsa and cinnamon tortilla chips for a kind of brunch.
I’m not a huge apple fan but I didn’t mind this at all and Mike really liked it.
The best part is it was another super simple recipe.

We then headed towards Doesburg.

There was a house for sale that Mike wanted to check out so we headed there first.
Turns out it needed a lot more work then we were willing to put into it, but no harm in looking.

Fire crackers and bombs were already going off early in the day, everyone really gets into the new years spirit here.

From there we went to John and Inge’s.
They were both at work but Mike wanted to clean his BMW rims to put them up for sale and then sort through more of the belongings in his room.
I was supposed to start the sorting while he cleaned the rims but somehow I just ended up napping?
So weird how those things seem to happen 😁

Mike woke me up so we could head to the store and pick up some Vla for Sarah and then also go to the second-hand store.
We found an older, wooden coffee table there for 5 euros so we bought it and I will try repainting it sometime.

Back at the house we sat around until Sarah, Erwin and the girls arrived and with them the food.
Sarah had prepared chicken, pasta and vegetable sauce for supper and also a whipped cream/ vla, raspberry dessert. 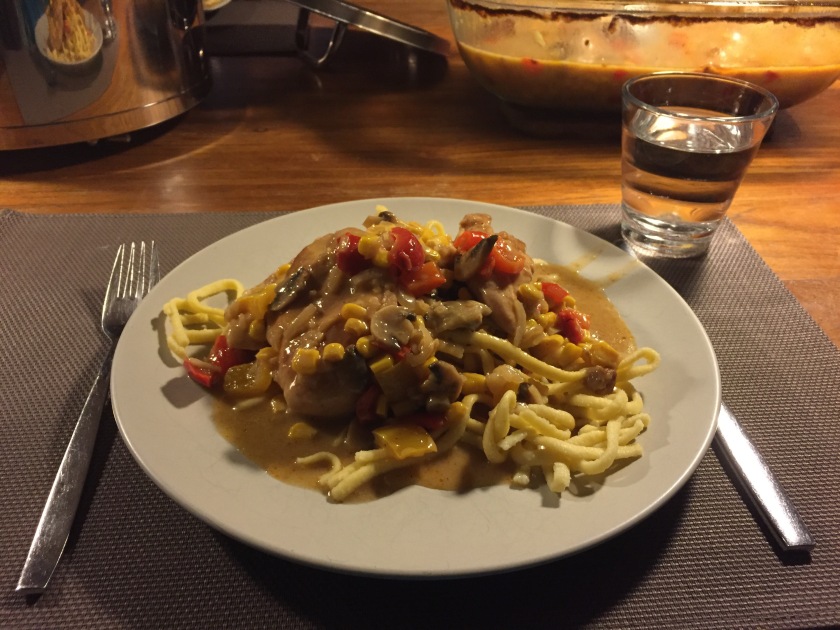 Inge found a bunch of firecrackers Mike still had at the house so we decided to contribute a small portion of noise to the already existing bangs and pops.
We may have lacked in the impressive factor but we still had our moment of childish fun firing them off😜 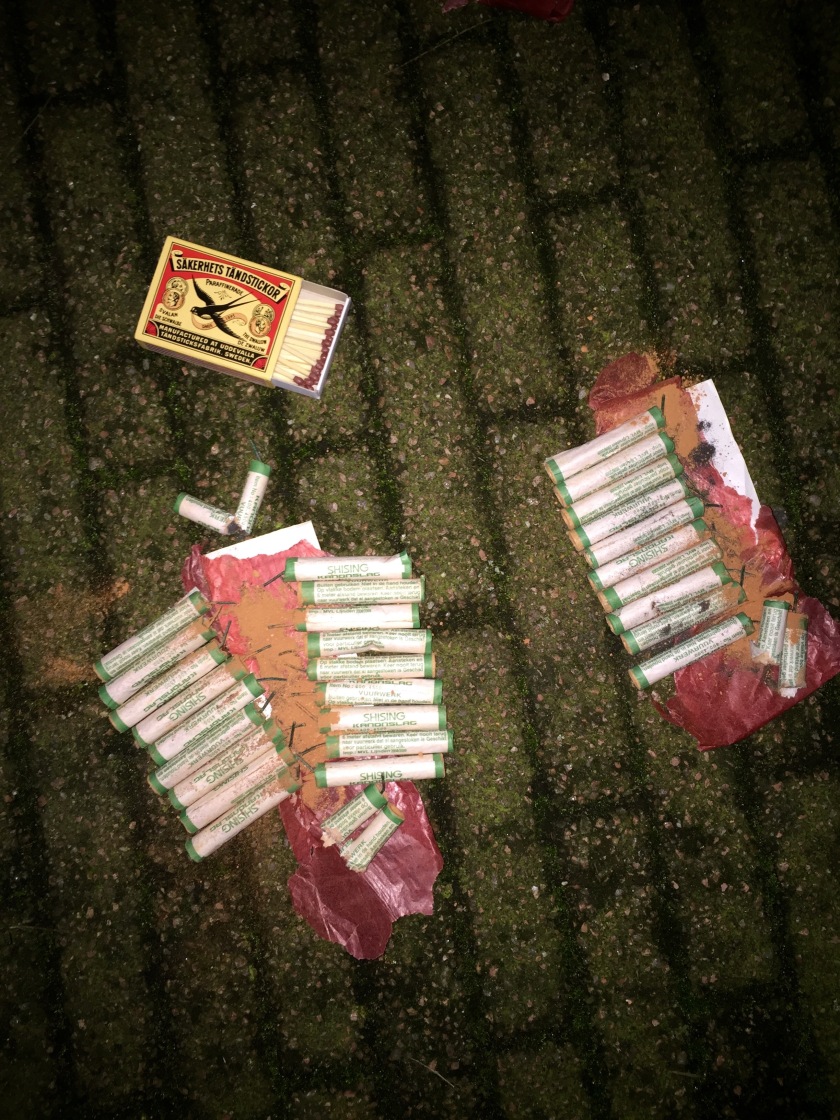 Everyone had to participate in a game of matching cards and then Mike and I headed upstairs to do what we were supposed to have done that afternoon.
Go through his stuff.

Mike has more clothes than I do I’m pretty sure.
He has a stack at mom and dads house in Sask.
A closet full at the cottage and also a few drawers still full at his parents.
He’ll have to be put on a clothing budget 😏

After we finished that up we headed back downstairs to hang out with everyone.
Friends of the family from the South of France had come over so my introductions were made and then they wanted to see some wedding pictures.

It was an evening of pictionary and charades, snacking, hot chocolate and chatting before taking a moment to all pray together to welcome in the new year.

And the new year was indeed welcomed in, with the most fireworks I have ever seen.
Come midnight we all went for our coats and shoes and headed out to the street to stand face to the skies.
The skies that were now bursting with color.
They are only allowed to buy fireworks the day before new years and then they have to be done shooting them off by 3 a.m.
An average of 63 million is spent on fireworks and the non stop explosions were proof of it.
Nothing like getting a bang for your buck.
( I apologies for the lame pun, they happen 😁 )
Just when they would slow down and we would consider going back inside another burst of light would fill the sky once again.
The streets become hazy with smoke and paper would rain down on us from time to time.
Eventually we headed back indoors to warm up.

Mike and I stayed until around 3 a.m. and then started the drive home.
We came to a street that was blocked off, people, news reporters and firemen milled about outside of the firework store.
Which as it turns out had a small fire burning atop the roof.
Nothing like irony 😏

Found a new route and made it home and straight to bed.