The day before we had asked Oma and Opa if we could have breakfast at their place and they kindly accepted our self invitation.

So we headed over there for breakfast at 9 and enjoyed some homemade bread with nuts and berries as well as coffee, tea and other Dutch breakfast items.
After visiting awhile, Opa made us hot chocolate topped with whipped cream ☺️
We had a lovely visit there but the time came for us to go.

Mike was going to try to register as married again so we had to make it before the town office closed.
We got there on time but as we kind of expected, weren’t able to register.
The Canadian marriage license would need stamps from two different officials in two different places in Ottawa etc. etc.
But now we know what has to be done at least.

After we finished there we browsed through a store or two before heading back to the house.
At the house, I was feeling a little under the weather still so I went for a nap and Mike went to show off the Audi to some of his friends 😏

Once he returned it was time for us to pack up and head to Germany for Marks birthday party (Mikes cousin).
We had two extra passengers on the way there (Judith’s kids ) Elaine and Tim, had been at Inge’s so we were taking them back to Judith.
A few minutes from our destination Elaine awoke, panic in her voice telling Mike she “had to pee!”
After which Mike had panic in his voice, as it was in his new car 😜
He asked if she could hold it and she said she could for 8 more hours probably, haha😏.
As we got out of the car at our destination, her leggings had to come down and uncle Mike held her over the grass 😜

Once at Mark and Christa’s we enjoyed the snacks and meal she had prepared and visited with everyone else who had come.

A game of charades, boys came up with words for the girls and visa versa, some more eating and chatting sums up the events of that evening 😊

The car got tested by Judith and Christian and then we began the journey back to the cottage.
Saturday 9th –

Mike did a lot of yard work for Aunty.
Blowing leaves and picking up branches.

And I had some major house cleaning and laundry to catch up on.

Later that day Aunty Yvonne wanted us to come by and enjoy some coffee, tea and banana loaf with her while she told us a bit about her trip.

After which we headed back to our place.

Facetimed Pro for a little while and discussed packing, upcoming travel and what sights and foods we would soon be experiencing together 😁

Burgers and fries were prepared for an early supper and the rest of the evening was spent lounging around, snacking and watching soccer bits or Sherlock Holmes bits.. Depending which persons shoulder you would have looked over 😏

Church… Home to nap… Awaken to eat off and on the rest of the day.

Downloaded a Nancy Drew computer game and started to play it later in the evening. 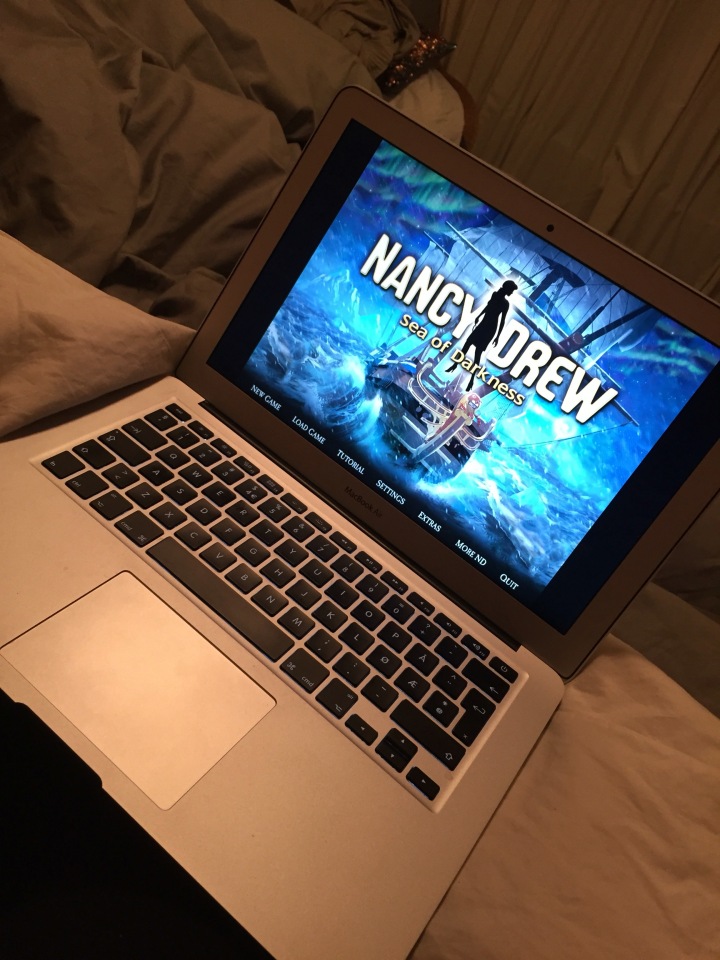 For those of you who are unfamiliar with the game, be slow to mock it and think it’s some girly, cheesy spy game.
It’s actually rather interesting and the mysteries include some pretty tricky puzzles.
( We played it a fair bit as kids, mom and dad would join in at times as well. )
I wanted to get something that Mike miiiight enjoy but as I feared it still wasn’t really his thing.
Soccer news still proved more intriguing to him🙄