Peruse the cellular news, lay in bed wishing sleep would have befriended me for a while longer.
Decide sleep was not returning and therefore get up and try to be a little productive.

Oma and Opa had returned the favour of inviting ones self over for a visit so we asked them to join us for supper rather than a short coffee.

After figuring out what I had to offer, an alfredo baked pasta with spicy shredded chicken and tomatoes was decided upon.
Accompanied by a loaf of garlic bread Mike would pick up on his way home from work.
The meal being prepared meant it was then time to make cookies.

Monster cookies are my all time favourite so I baked those.
And frustratingly so.
No cookie pan means the pans I do have either burn the bottoms or just melt them into blobs.
So it’s kind of a task of trial and error.

Time to turn my attention to house cleaning.
A tidying of the place completed the productivity planned for the day and then it was a bit of relaxing time before Mike and our grandparents arrived.

Oma and Opa came over around 6:30 and we all sat down for supper.

Once that was finished we moved to the living room for coffee, cookies and more visiting😊
Opa joined us after he arranged the roses they had brought for me (us 😉).
We had an enjoyable time with them☺️

Played a little bit of Nancy Drew before bed and that was a day!

I know I did make a pizza for supper.
Sautéed some peppers, tomatoes and spices to add to BBQ sauce and finished off the pizza with chicken, cheese and pineapple. 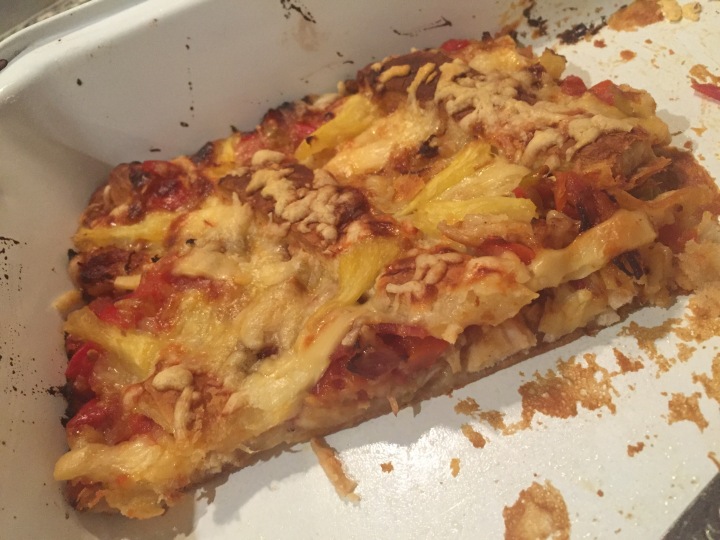 I finished the Nancy Drew game.
I painted.

After we had supper we took a drive to Mikes office to pick up some samples he would need for work the next day and then we went to take the garbage out.

We went to bed pretty early, as we would be going to Belgium the next day to see some of Mikes customers.