Got up and made ourselves (or tried at least) presentable enough for the wedding of Timo and Julia.
Timo being Mikes cousin.

Toast with raspberry jam sent from home was our breakfast as we rushed out the door.

A lengthy 3 hour drive took us to the church in Germany where the wedding was to take place.

The ceremony and everything else that was said or sung was in both German and Dutch.
It was a lengthier event then I was used to for a wedding for sure.
Once they were officially husband and wife, everyone stood outside to make an isle for them to walk through to their car.
Small white bows were handed out to all the guests and they are to be put on your car as you head to the reception. It’s a European thing.

At the reception area the guests were told to enjoy the cakes and drinks while waiting for the couple to join everyone there. The cakes and sweets which took up an entire, long table in the middle of the room. 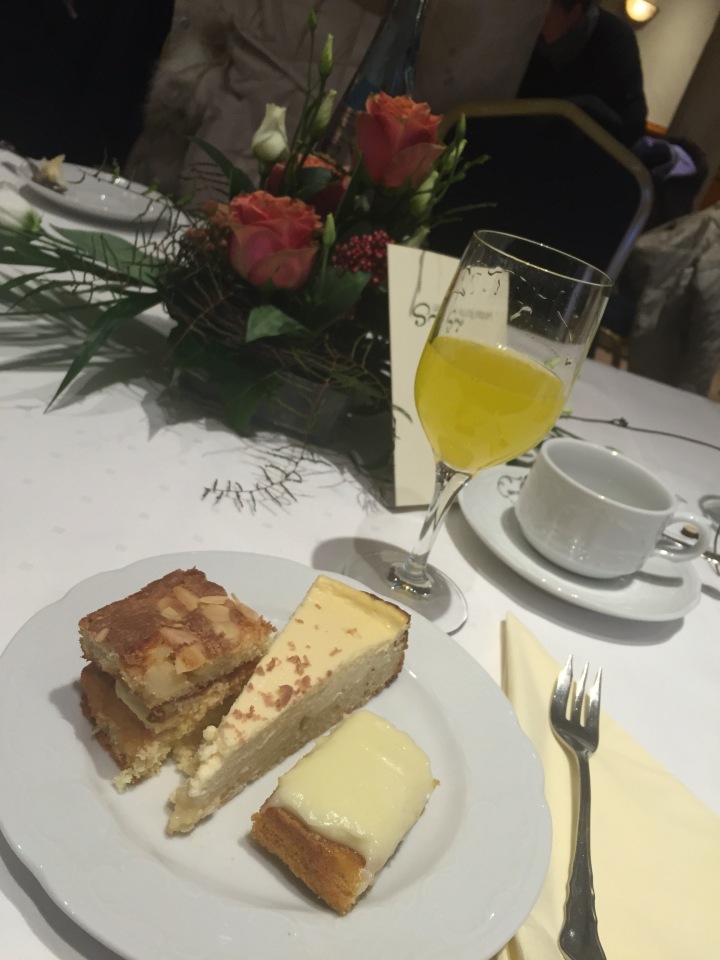 This being another new tradition to witness… A spread of desserts to get you through the wait for the real meal at 6:30.

As a wedding goes, guest visiting and mingling took up the time between announcements and games and the eagerly awaited dinner (meat time 😜).

Dinner was roast beef, pork and chicken, accompanied with potatoes and mixed veggies. 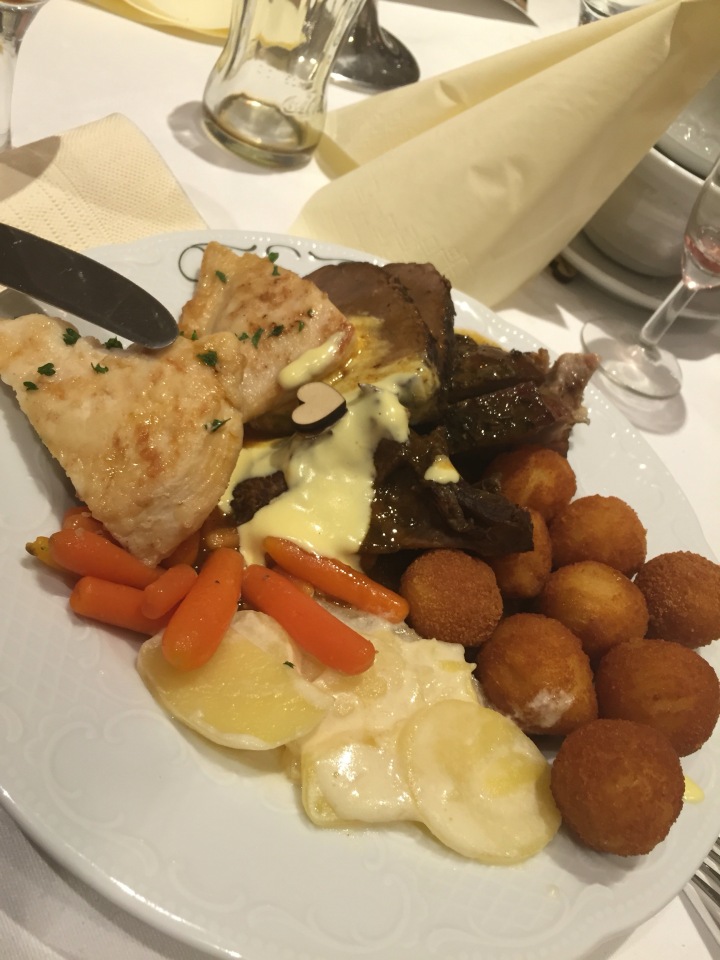 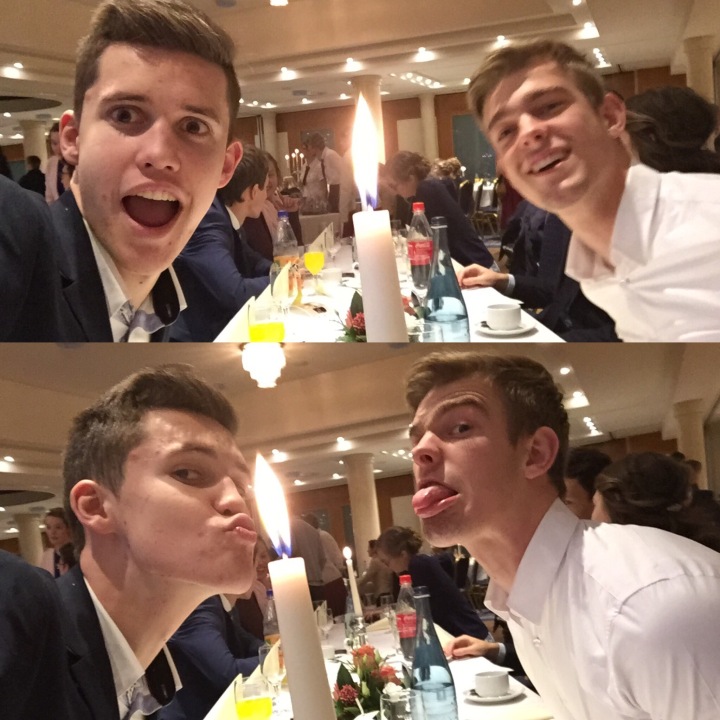 Mike was enjoying some snowball fighting out in the parking lot until a particularly far bend ended his career.
He came in with a strange grin on his face before pointing out to me that he had split his pants from front to back and would now be sitting out the rest of the evening 😜

One thought on “A European Wedding”