Ireland awaits lads and lasses! ☘ To the airport!

McDonald’s chicken nuggets for breakfast and then a Starbucks for the pre flight caffeine we all required.
We found out that Josh isn’t a super relaxed flyer .. (Maybe we shouldn’t have given him caffeine) No casual conversation, wait and watch. No sitting and waiting, one must stand in line for the whole length of the boarding call 😏😉

The flight was just over an hour so not too bad at all.

Immediately after hearing the accent of the customs officers, Pro and I decided it was a blessed accent and we should mimic it and in turn.. Murder it too 😜

Discovered the first ever airport bathroom that supplies a “hygienic” hair straighter for that awful post flight hair.
Unique idea.. I feel like the advertising may have been a slight lie though 😜

Off we went to find food!
For the first time we were all starving at the same time and all agreed on the first restaurant we seen.
Good group skills… But the meal was kind of blah.

Pro and I weren’t overly disappointed because something we’ve dreamed of to a small extent was about to become reality.
The Sweet Republic of Ireland.
Where skinny goes to die and hopefully you have an extremely high tolerance for sugars.

The boys were even a little repulsed.
Us girls managed 😏 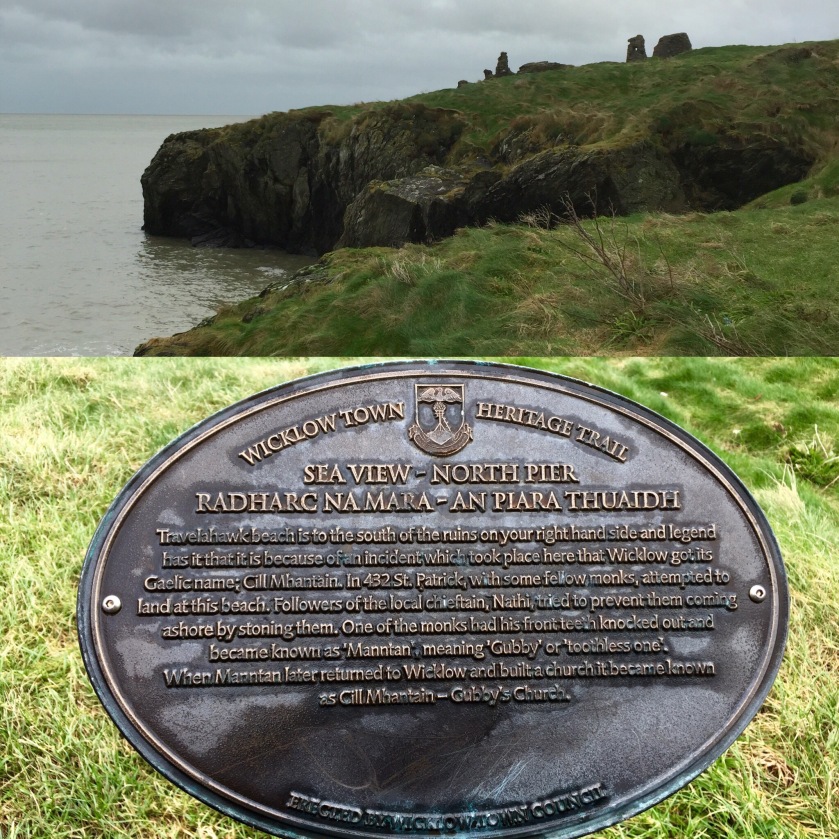 The map looked like it was a few years old after the first hour but we made it out of Dublin and to the countryside of Ireland.
Unfortunately there are super thick bushes and trees along a fair bit of the roads soo not tons gets seen but there were open bits too.

One such small open bit showed us water and beach and Josh wanted to walk in the sand.
So we all did 😊
Walked through a tight little thorn lined path and ta da! Beach.. And wind.. But more importantly beach, WITH shells!

The one problem with the beach is it wasn’t super wide so pro and I had to watch for waves coming in… The boys were exploring other places already.
I did impress myself thoroughly by outrunning a wave though… Hands full of shells I rapidly climbed up the sand bank with only the fear and strength of my toes to save me from the oceans grasp.
I think Pro made it too but I wasn’t really concerned about her 😜

If we go to the beach it’s everyone fending for them selves … and with good reason.
Shells are serious things.
For some more than others… take Pro and I for example.
I LOVE shells, she likes them a fair bit.
I’m like a garbage bin for shells … Anything goes because I can never find those ever so alluring “perfect” shells.
Pro though? It’s like what she throws away is a magnet for my hands and what she finds effortlessly and keeps are gloriously formed and coloured creations of the mermaids.

No matter what beach we go to 😏

We left the beach pockets a little heavier and hair a lot messier.
One thing for sure, Ireland is windy.

Made it there and the boys needed food so they again went for the first restaurant and hoped for the best.
Plus it looked like authentic Irish people liked it so why not give it a shot!
5€ fish and chips.

If you can call it that.. The guys took to describing it as heavy, greasy, cardboard upon later discussions.
I don’t think I’ve ever seen Mike spit out and reject food before then. 😜

Hotel Kilkenny awaits.
After driving all over town trying to find, asking two different people and ending up at two totally different Kilkenny hotels.
They need to find a new naming system in that place.

Mike was slightly exhausted from the driving.
Not only did the wrong sidedness effect him but it was also raining and bad lights and little baby size roads all adding to his sleep needing state.

I guess Josh was also tired from being the map reader / front seat napper because he fell asleep as soon as they got into their room I heard😜
At 6:30 p.m.

Pro and I were hungry.
The boys weren’t.
So we headed down to the hotel restaurant.

We entered the restaurant and a wave up upper class superiority washed down upon us.
We were under dressed and unprepared.
The room menu said pizza and soup… But this did not look like a pizza and soup kind of place.
Three waiters in full tux get ups took our names and went to prepare a table.
Thankfully we were left alone momentarily so we could look at each other with fear and uncomfort in our eyes.
We quietly argued for a second about who would ask if this was the same food as the room menu had. I won so Pro bravely ventured to question the waiter looking down on us with a witheringly upper class gaze.
It took real guts to do what she did.
So glad she did it though because it was not the same menu, it was one including duck and roasts and steaks and things we couldn’t pronounce and nothing had prices and that’s never a good sign.
We left quickly and humbly never to go back there again.

We ordered two pizzas and all hung out in the hotel room, as hoteling it should be 😏

4 thoughts on “Ireland Awaits! ( Typed In An Irish Accent )”