But anyways.. I decided to make an easy no bake cheesecake to appease him.
Nutella coffee filling with an Oreo crumb base. 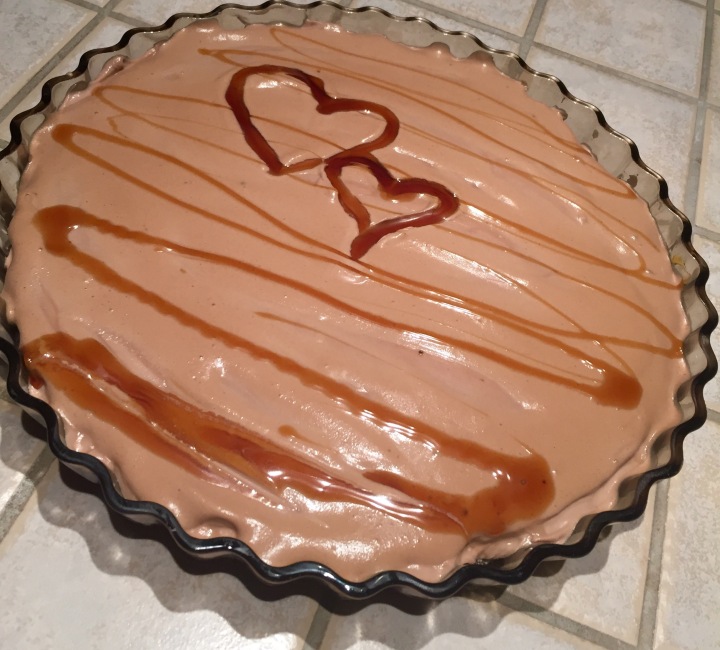 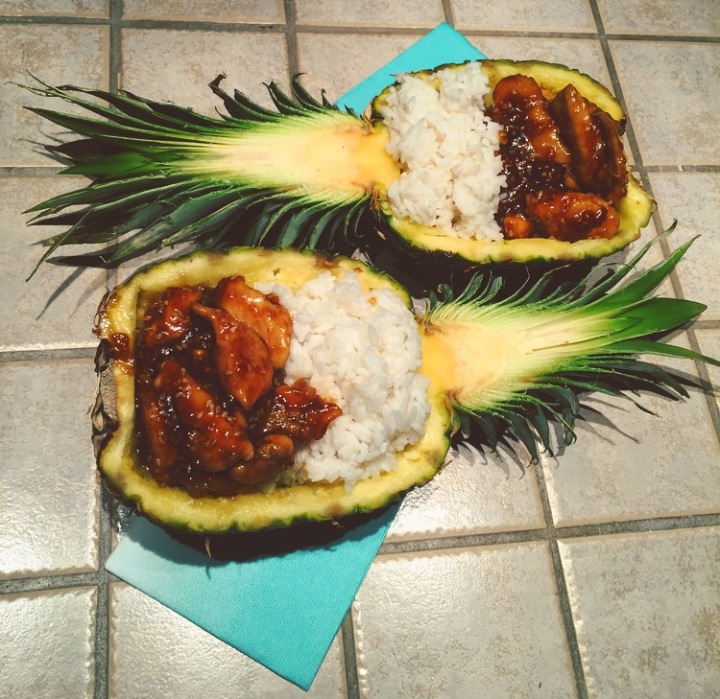 It was on this rainy day that finally sat myself down to the task of writing, sealing and addressing some wedding cards.
The small yet time-consuming task ate up a fair bit of the afternoon. 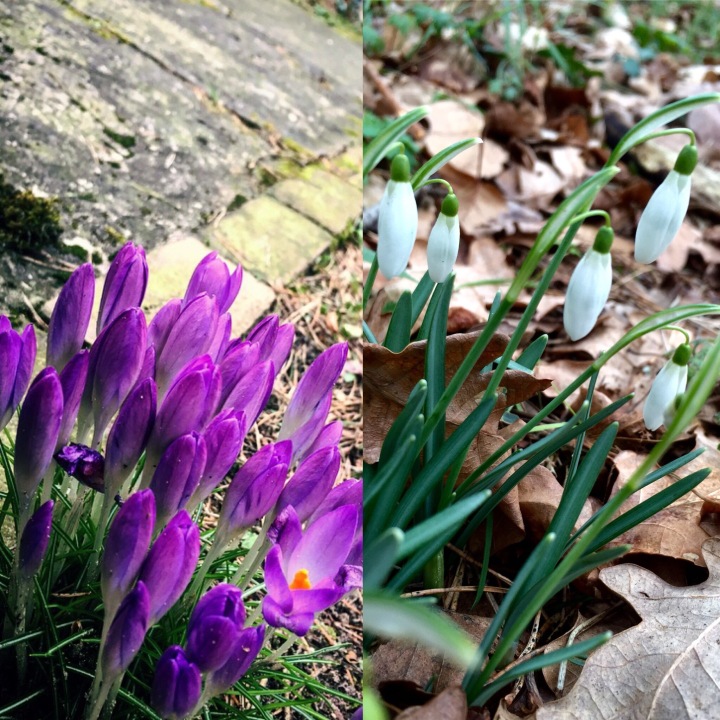 Spring is trying to come early it seems.

I got to eat the leftover chicken and rice for supper☺️

That evening was also writing on here and picture preps… Again, something that sounds easy but also takes more time then you’d think.

Mike got home around midnight.
He brought me my favorite pistachio macaroons from ‘Tout’ in Amsterdam 😊

Michiel went off to school and I stayed in dream land a little while longer.

Until the noise of chain saws woke me up 😜
I grew up with that noise and found it loud and annoying but after you don’t hear it for sometime it’s funny what sounds familiar.
(Aunty was just getting some renos done thus the noisy wake up call.)

We had bought an old atlas at a second-hand store to use for crafts/art etc. and I finally found something to use it for… 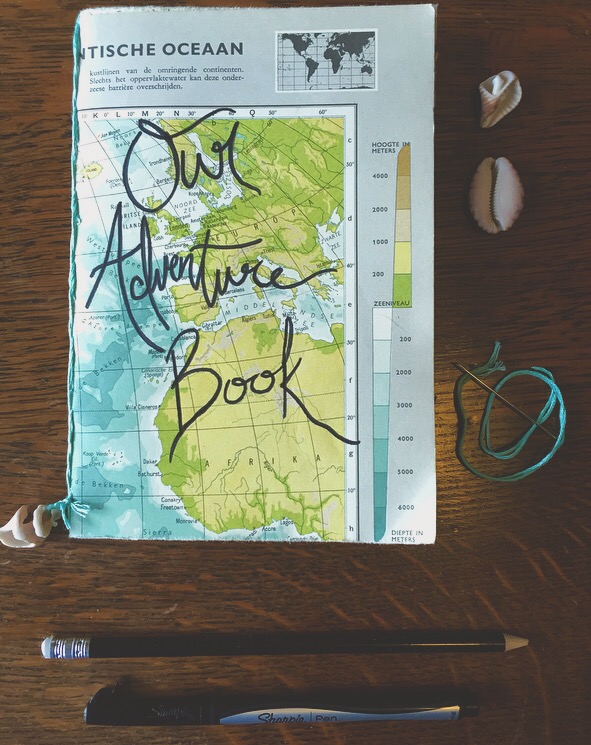 I was pretty happy with the outcome and I plan to fill the book with ticket stubs, pictures, places visited etc. 😊
Mother called and we got to chat a bit before she started on her day 😊

The day before Mike got me macaroons, and then when he got back from school he brought me back flowers… I’m starting to think he wants something? 😜 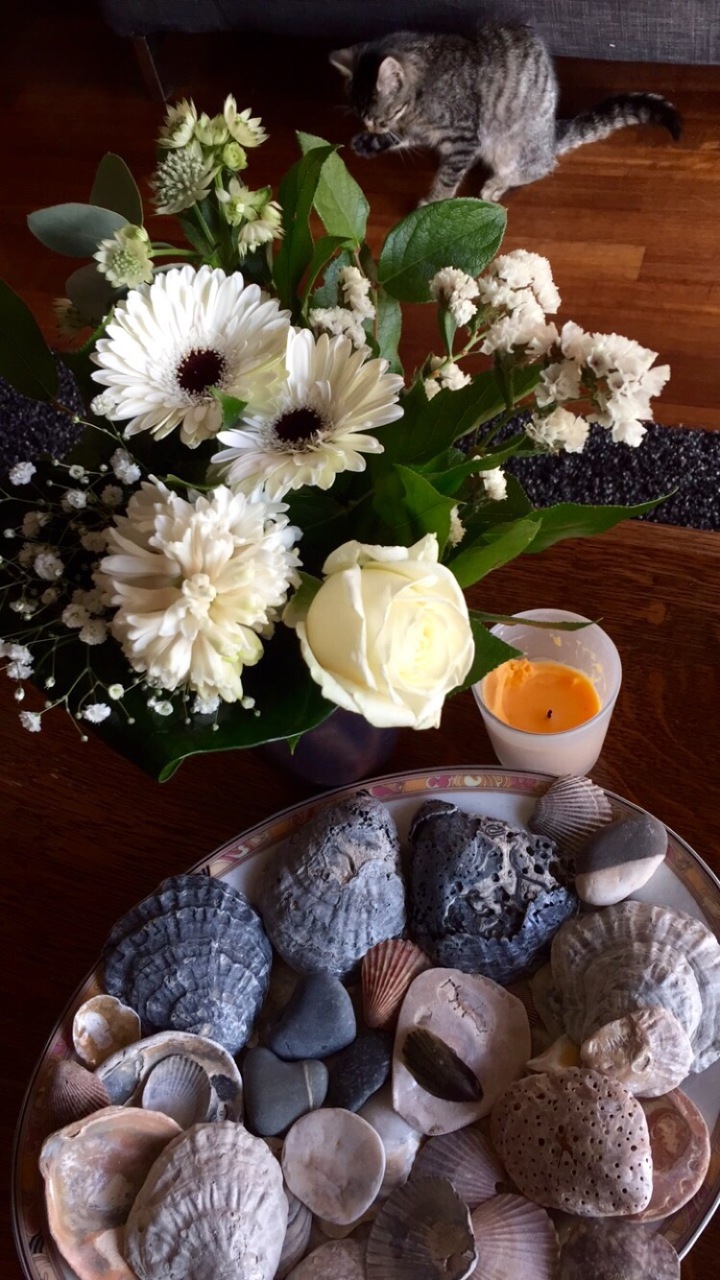 A walk was taken so that Mikes begging for one would cease.. But then again, if he brings me macaroons and flowers and all he wants is a walk, I can probably deal with that 😁

The river did look pretty with the sun going down. 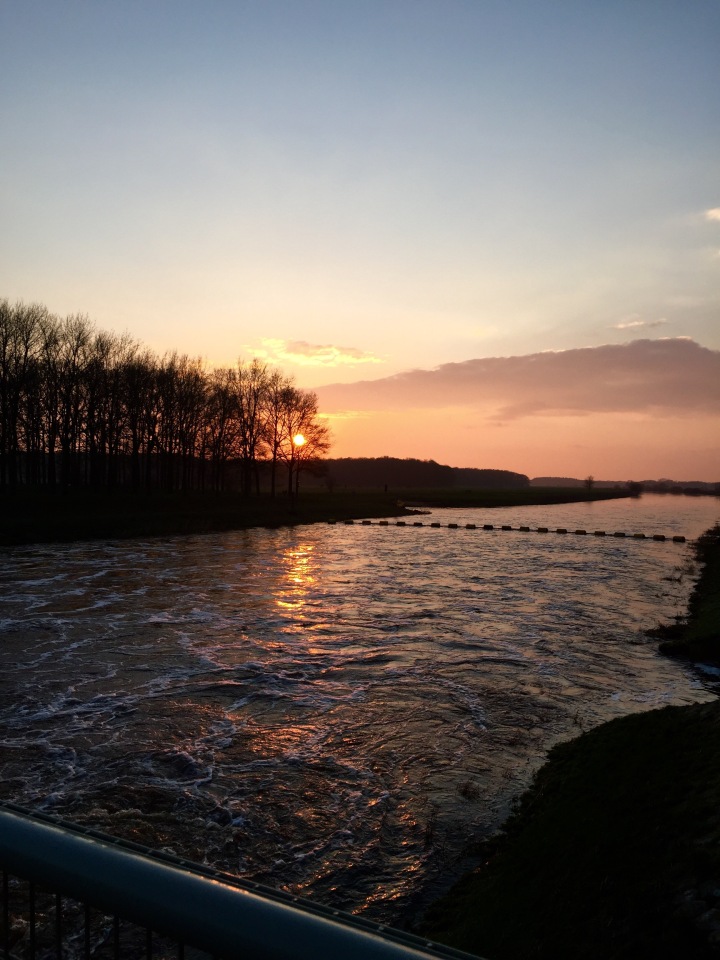 Back at the cottage, steak, fried mozza and garlic bread was served. 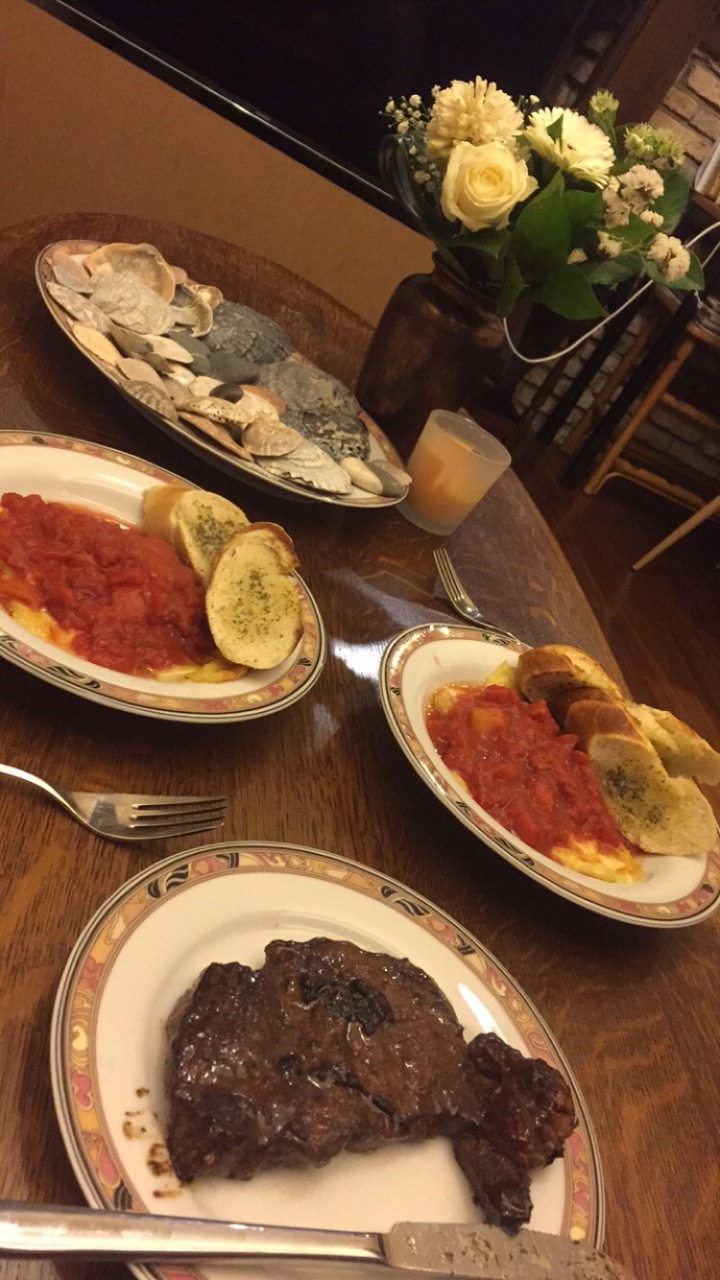 And that summed up our evening!

If your sick of reading about food, coffee sipping and sleep… I suggest you learn about the finer things in life and learn to appreciate them or be alone in your sadness and stop reading 😜

5 thoughts on “Chain Saws, The Sound Of Home”