Thursday day was unexciting and uneventful.

Lots of writing, a fair bit of painting.

My wrist has been bugging me.
I get a small lump on the top of my hand just above the wrist and from what I’ve looked it up and also heard from an informed source, it’s most likely a cyst 😬

Last time I had it I was able to apply pressure and it went away, this time its staying though.
I guess my first visit to a doctor in Holland is due to happen soon 🙄

Supper plans weren’t hard as there were leftover ribs to be eaten and too many pizzas in the freezer. 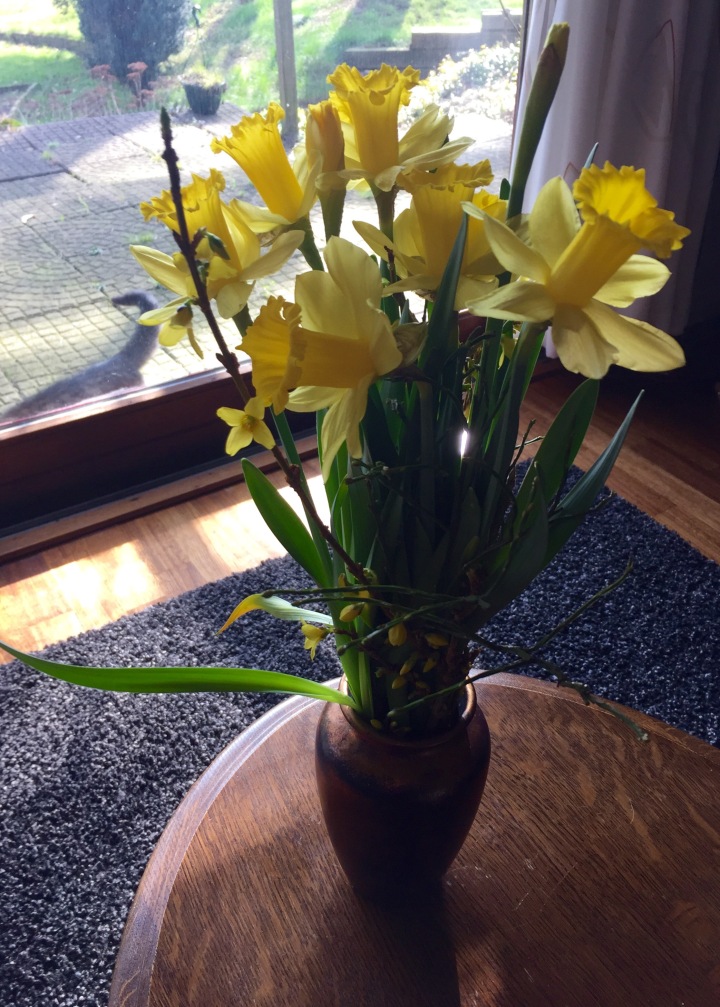 He seen the painting I had worked on and I told him I was disappointed in the outcome but I would keep working on it.
He in turn asked If he could finish it, to which I adamantly replied no, even though his painting skills are trustable😋

The massage Mike had booked for me was that evening.
It was a 1.5 hour massage done from the lady’s home ( five minutes away from us).
Turns out she didn’t speak much english😏
So it was a bit of a game of charades mixed with both our broken english/dutch sentences but she was very nice none the less 😜
The massage was good, a relaxing one more than one to work on your bad muscles but it was nice and spending 35 euros is unheard for 1.5 hr massage back at home.

Mike picked me up and said he had spent the time painting.

I in turn said he better not have touched my painting.

I looked down and seen a wacky little gondola and man in my once perfected aqua canal.
A blue paint job covering up my once loved light pink structure.
Windows that didn’t match the structure lines.
The white I had worked to blend correctly at the waters edges in effort to make the housing structures still seen, but appearing beneath the water… Now it had a sloping stick bridge covering it and brown edging bleeding into the clear waters.

Mike had sullied my painting and in doing so, hurt my heart 😥
It sounds dramatic and over emotional, I know 😏
But I didn’t realize how much of myself I put into the painting and it was something I could do without Mikes input or help which doesn’t happen much now days due to language etc.

I woke up around 5 am. due to aching jaws because of my wisdom teeth coming in.

I was up until Mike left for school around 7:30 and had been fighting with myself between the desire for more sleep or for fresh coffee.
Life struggles 😋
Sleep won and I happily re-awoke at 10.

At which time I got to work on making gluten-free carrot cake, muffins.
I had previously thought it had to be paleo but turns out it only needed to be gluten-free which made it a little easier.
The task takes a lot of time when you can only fit one, six cup muffin tray in the oven with a baking time of 14 minutes each time.

Just as I finished baking, Mike was heading back from school and knew of a store closing sale in Zwolle, so we decided to check it out.
I found a pair of shoes 😊 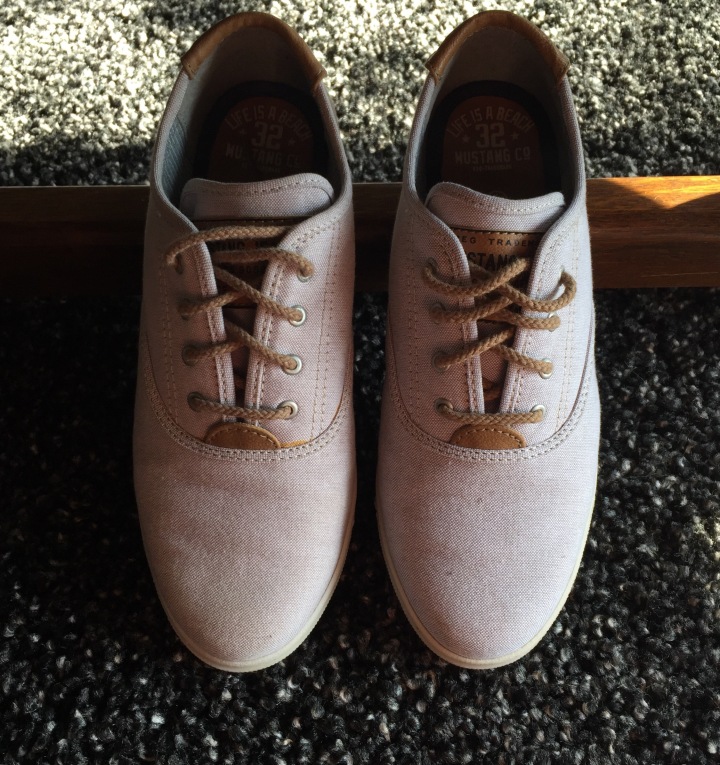 Mike found some pens and a handy, nice looking notebook binder for work and school.

A snack was needed to get us through till supper so Mike introduced me to Vietnamese Loempia and I was pleasantly surprised with the taste.  (Since his snacks aren’t usually that good 😏 )

We then headed to Wirdum, the very North (North-East) of the Netherlands to have supper with a family Mike knows from church.
Conversation was shared and dinner ate and enjoyed.
It was a nice evening with time spent well and they even told us of a good coffee bean brand to try 😉👌🏻