Mike worked from home for the morning and the rest of us sat around having our coffee, sugar bread toast and slowly getting ready so we could leave with him when he headed to Friesland for a meeting with a client.

We drove about 45 minutes before arriving in Sneek, Friesland where Mike dropped us off to tour around while he went to his meeting.

We went to a boat museum for the first bit… mostly to get out of the cold weather.
Unfortunately though everything was in Dutch so we didn’t learn a thing🙄

We wanted lunch so we attempted to look for a place to eat but with the unknown territory and foreign language, we were wishing Mike was back with us 😏
Fortunately he was done his meeting fairly quickly and was able to lead us into ‘The Walrus’ for lunch.

The food was pretty good 😊
Leaving the warm building we ventured more willingly into the town with Mike as our guide.
Quickly spotted was a crêpe cafe so we enjoyed some Nutella filled crêpes as a dessert.

Mom left one of her art pieces on a table outside 😊🎨

The butcher shop was visited as the guys were on the hunt for steaks but they decided to keep looking.
Little shops and streets were explored, the towns bridge photographed and after that we pretty much just wanted to get back to the warm car.

I dropped my art in a bike basket… We haven’t heard anything from any of the finders yet 😕 Wondering if the English written info has something to do with that?

We had to stop at the grocery store for supplies for Mikes upcoming birthday party before we went back to the cottage.
Mom and I took the drive there as a chance to sleep.

Before we could get to the grocery store though, we spotted a cheese truck.
Flavours were tested, cheeses and olives bought 😁🧀

Back at the cottage I fried up the ‘gnocchi’ potatoes and burgers for supper. 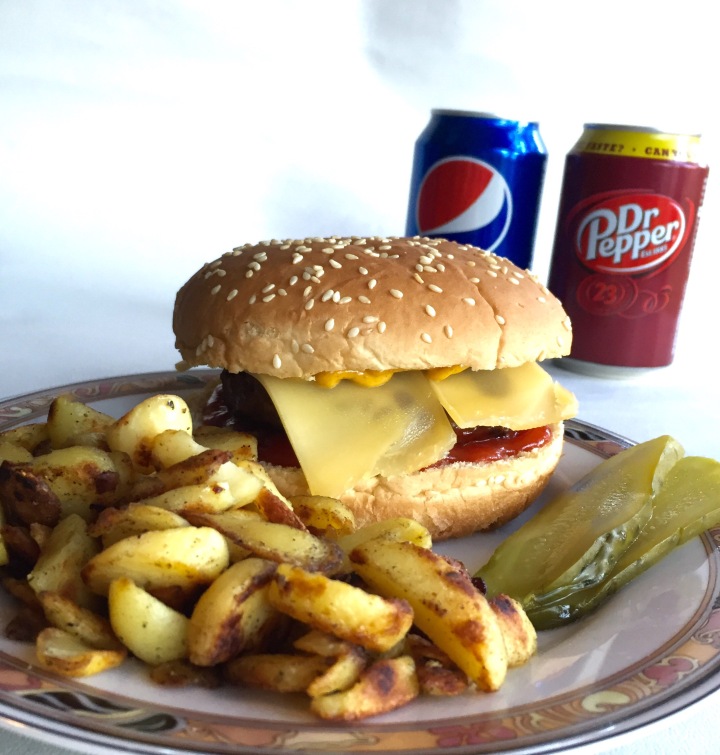 Dad was ready for the meat as he had ordered a salad for lunch.
He said that it was good… But never again 😜

Mom and I had to make icing and cakes for the birthday the next day and the guys didn’t have much to do while they waited for us to finish, so they went to town to buy some fishing supplies.

They came back with cat treats, a fishing rod and bait… as well as kibbeling for lunch.

We left the house around 1:00 and drove towards Doesburg.

Before getting into town Mike detoured and took us (Dad) to see the trees in the hills of Holland.
(The curving, climbing roads mixed with Mikes speedy driving, don’t do much for dad and my motion sickness 😷)
We got some fresh air upon unexpectedly meeting Inge and some visiting friends along the roadside.

It was a rainy, chilly day once again so the town touring in Doesburg though interesting, lacks the warm weather needed when your walking the streets from place to place.

The flower shops make mom swoon and be a little bit jealous of the pricing and variety that’s available.

Before leaving town we went to ‘De Waag’ for hot chocolate.

It’s one of the oldest buildings used as a
restaurant here, built in the 1400’s.

After tasting the sweet treat, Mom and Dad were instantly taken back to ‘Kuppers’ a German owned bakery in Dryden Ontario, where they had enjoyed the same thing in their growing up years.

After looking at the house we drove to Emmerich and walked along the Rhine river and towards the Greek restaurant. 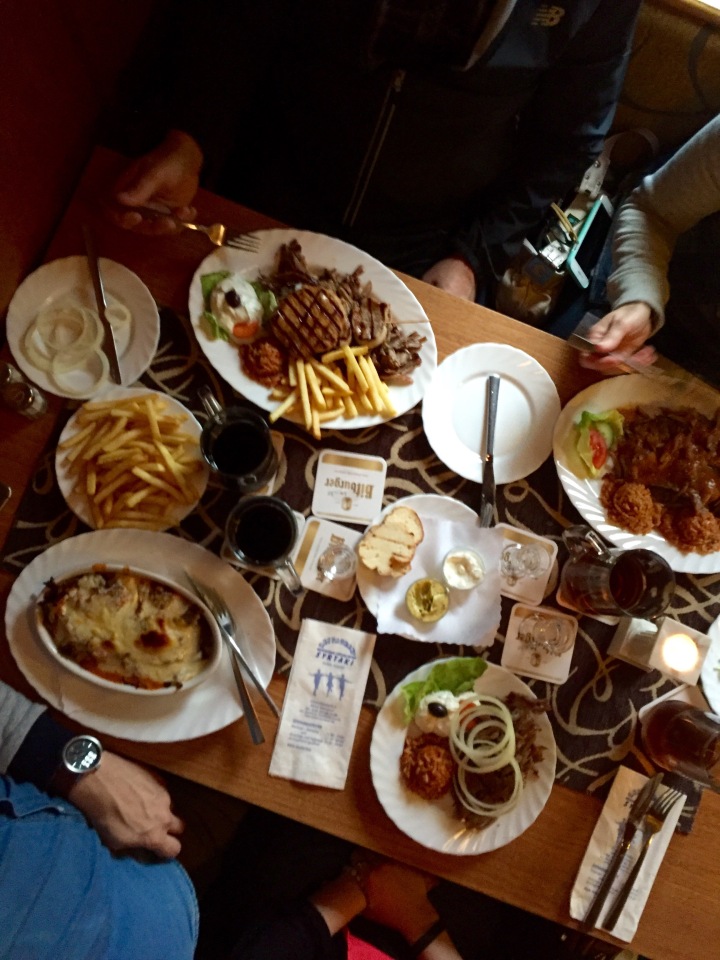 Supper was good and I left an art card in the menu only to have the table beside us get the menu and pull out the card, unable to read it since they were German 😝
I was embarrassed as I didn’t want to be found out as the person sticking things in menus 🙈

As we walked back to the car an ice cream shop was visited and more exploration of the town along side the river. 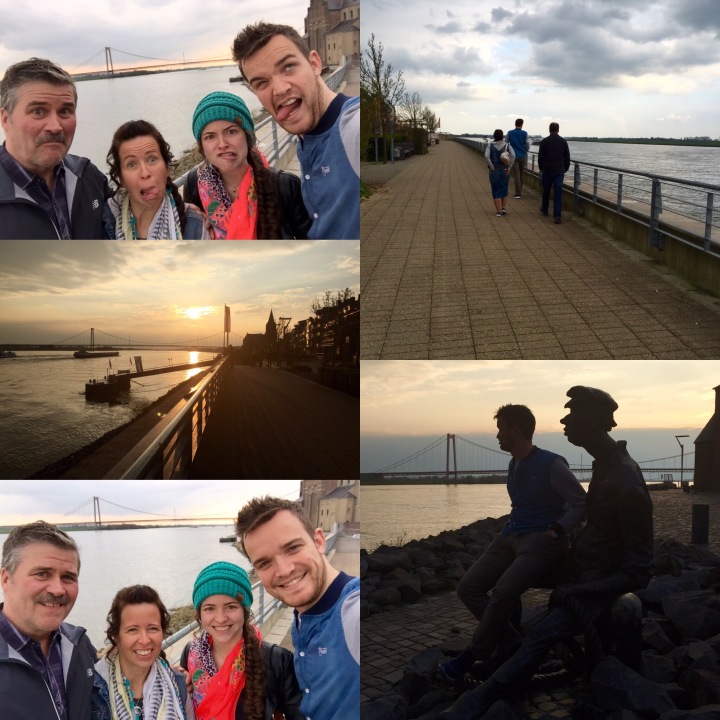 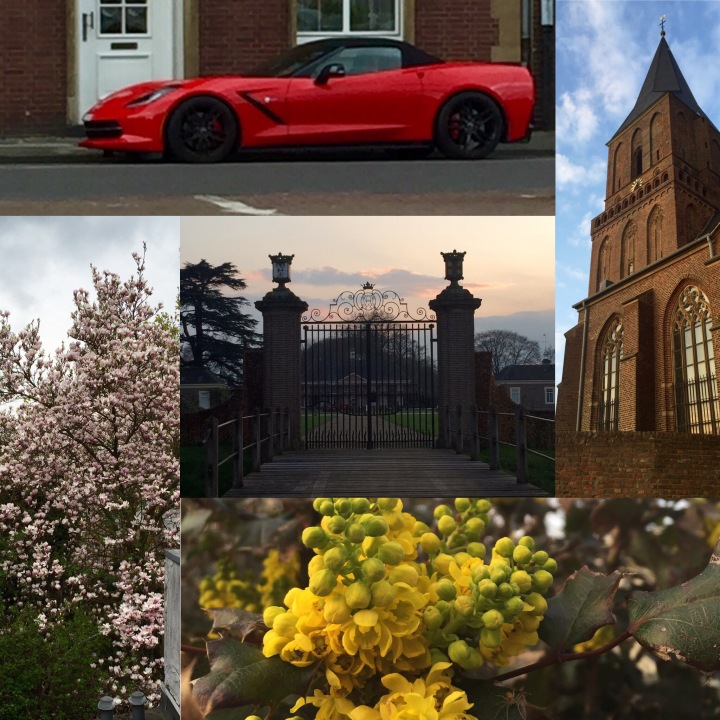 Mom wanted to drive over the bridge just to say we did, so we went over it and pulled a you-turn when we reached the end 😜 🌁🚢

Mike made a small detour on the way back to the cottage to show dad some more big trees and they must have been big enough, because dad got us to stop and take some pictures 😎🌳 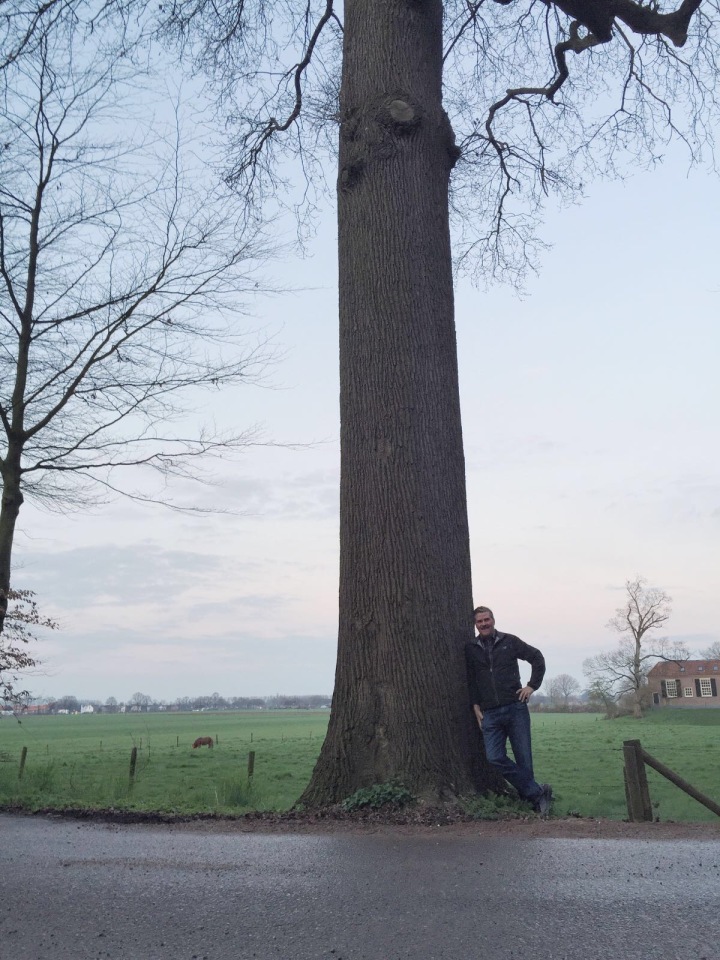 Once we were back, mom and I had the unfortunate task of finishing up Mikes birthday cake and straightening up a bit before bed. 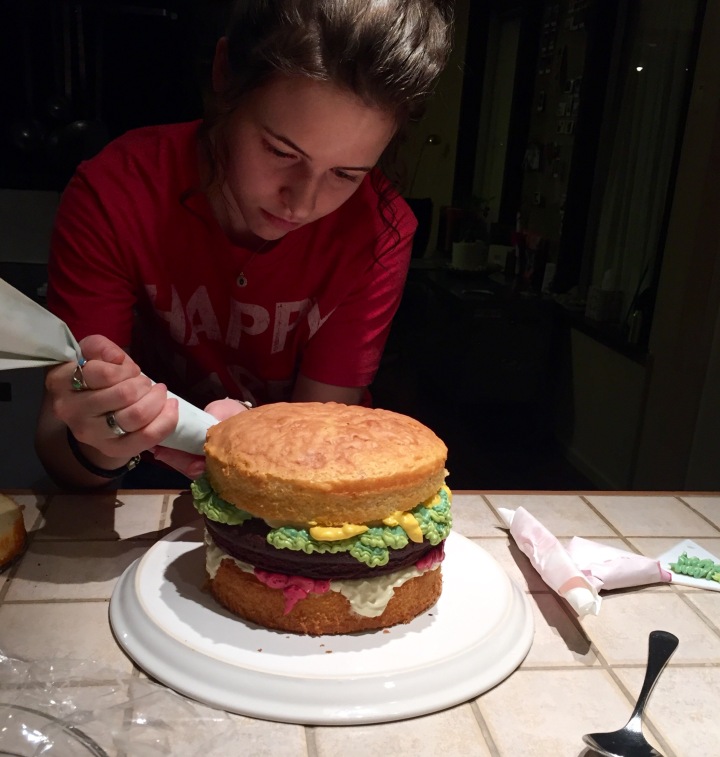 One thought on “Tour Guide Michiel Had Us ‘Sneek-ing’ Around 🗺”