Mornings at the cottage are blending into the same pattern of coffee sipping, couch warming and general lack of ambition 😋
Also some of us have cake for breakfast 👌🏻 You guess who.

Mom and dad eventually decided to go for a walk but before they headed out mom made sandwiches… Mom makes the best sandwiches. 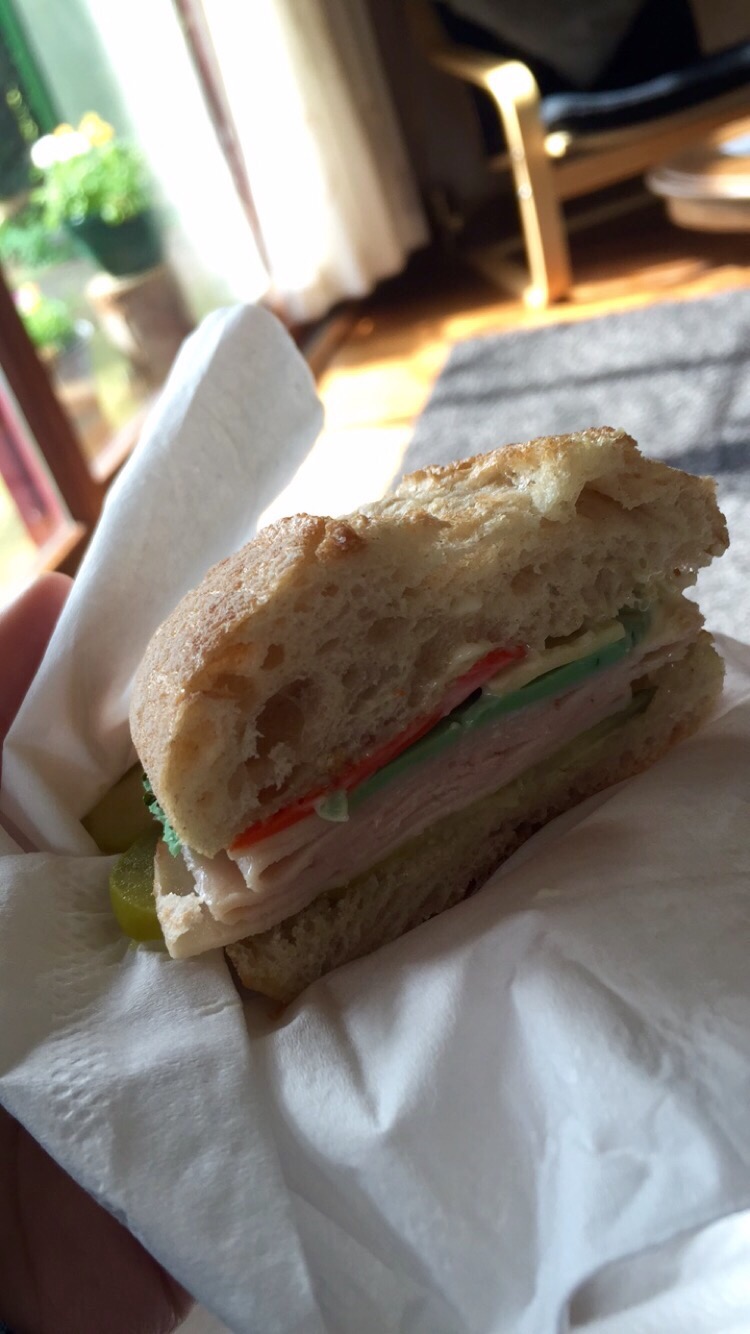 The parents went for the walk and I stayed at the cottage to clean the place up a little bit and also to prepare some mozza for supper that evening.

The went back to the asparagus farm and got some potatoes and more asparagus. 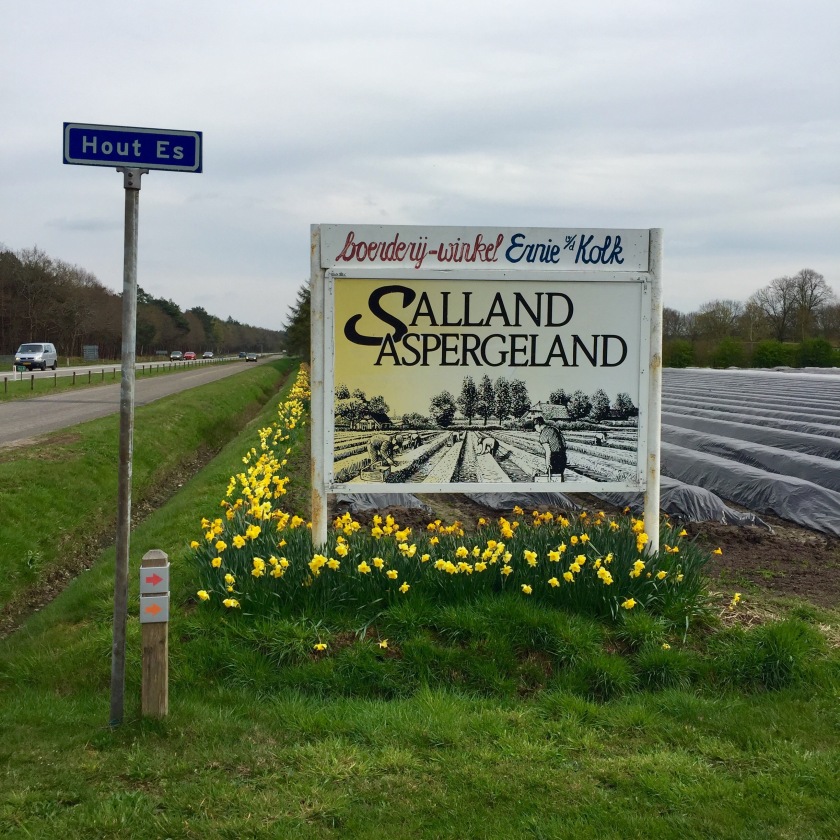 Mom and I wanted to try to make a cool flower bouquet and had purchased some blooms the day before.
Filler was needed so we went out on a little branch hunt around the cottage 🌿🏡 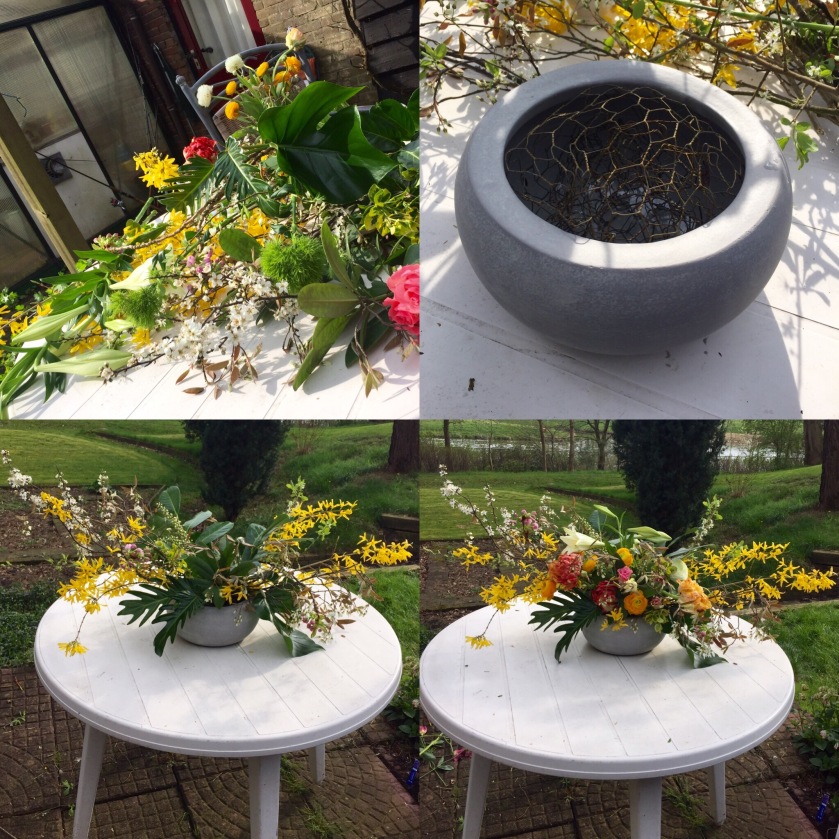 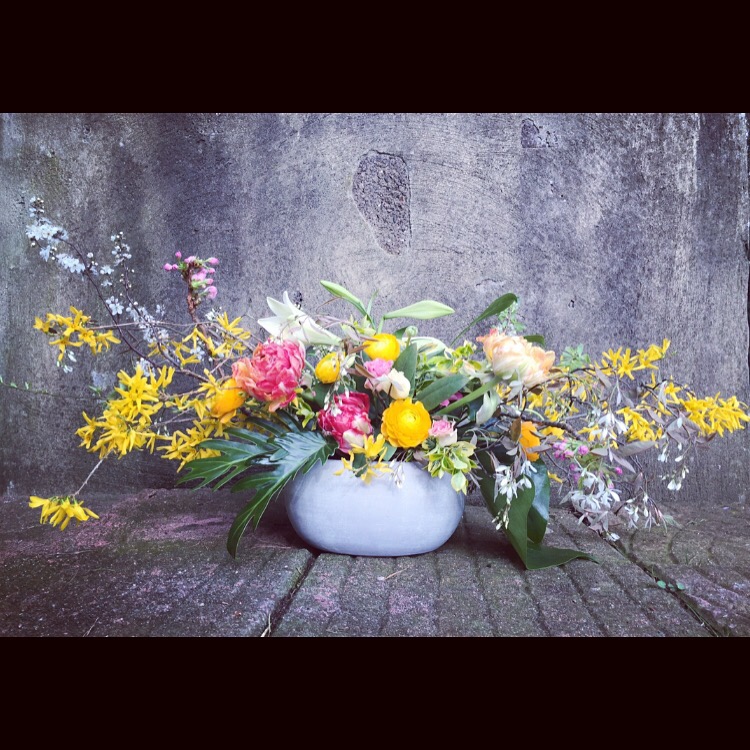 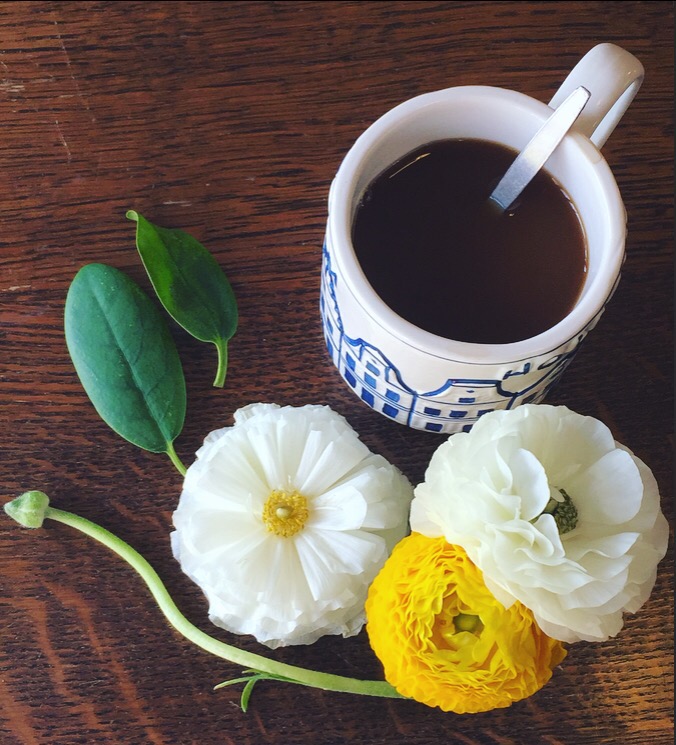 Dad barbecued some chicken and I fried up the mozza. 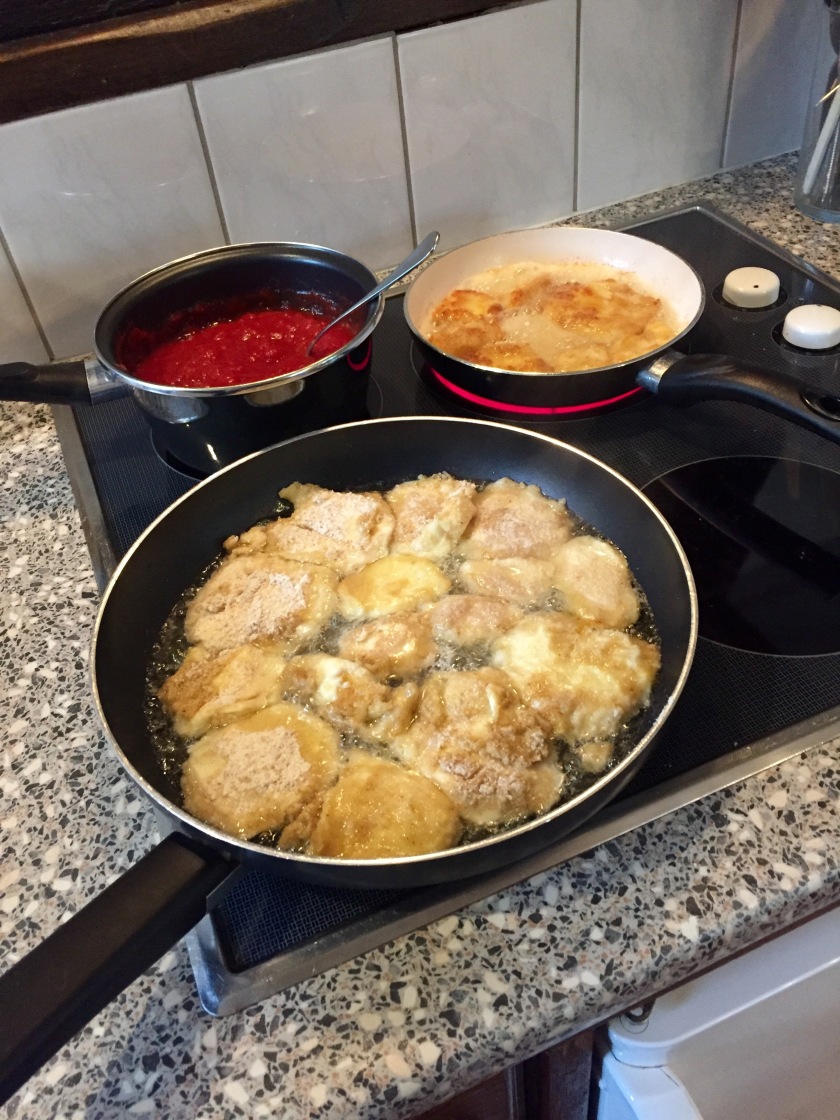 A few poppy-seed cheese rolls were still in the freezer from the bag Sarah had given me, so mom and dad got to try those goodies as well 😉👌🏻 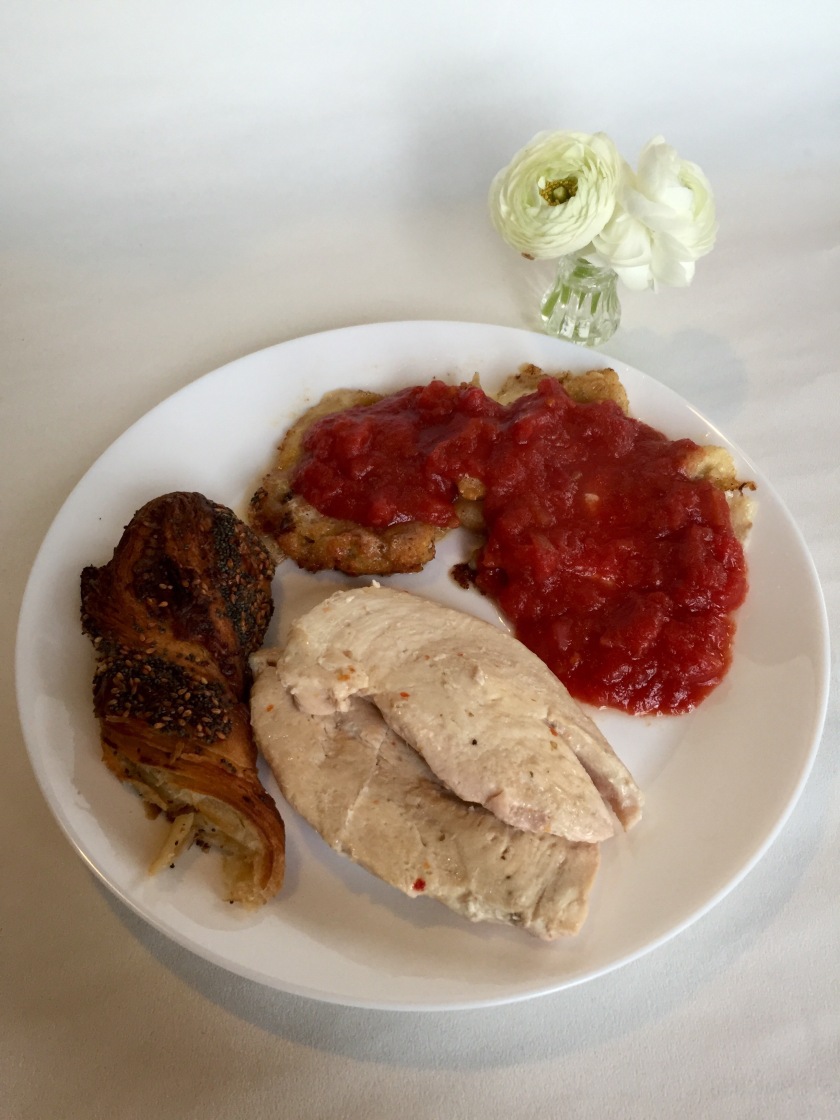 Mom convinced everyone to walk with her so out we went, over the bridge and behind the cottage. 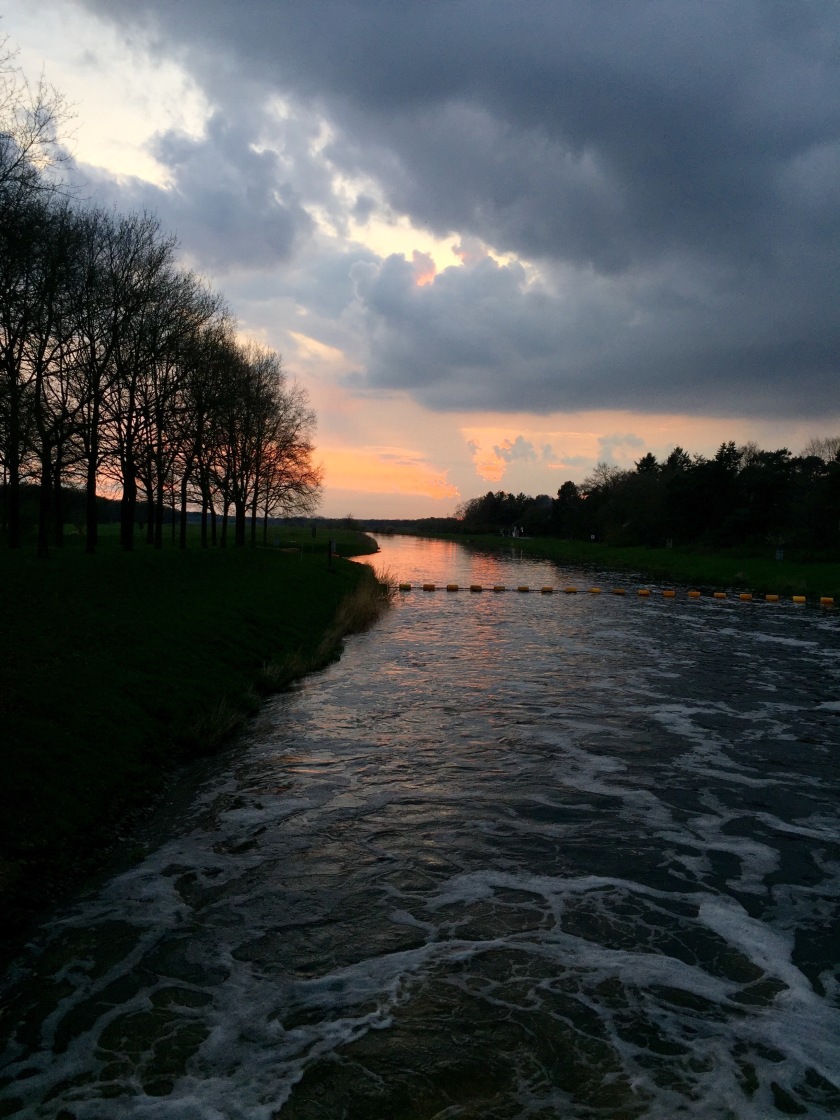 Farther and farther mom and I went as the boys trailed behind.
Passing the open stretch into the tree covered area, then past the most disgusting smell I have ever had the displeasure of encountering.
It was such an awful scent, wafting to us from the field we were walking by where they had obviously just finished spreading manure to enrich the soil… but not our lives.
Entering our noses so strongly it felt like we could taste its sickly odour.
(Especially me as I was chewing mint gum, which then took on the taste of mint cow crap gum.)
As we turned around to begin the walk back to the cottage, the one rain drop I had felt earlier was then followed by all of its friends. 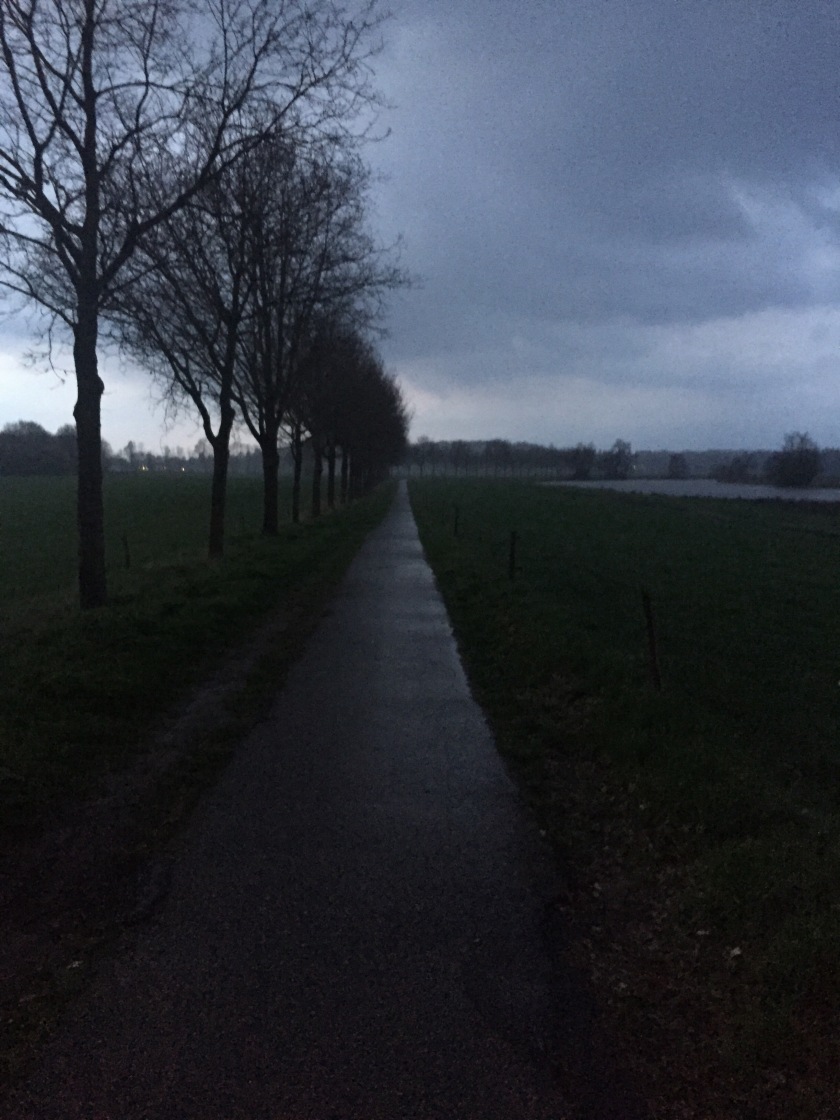 We began to jog.
I kept it up till I was back at the cottage, soaked by the rain.
The others were in shortly after 😁🌧💦

Popcorn was popped and the movie ‘The Monuments Men’ was watched. 🍿🍿
It was about the artwork stolen and moved during the war and we found it to be a fairly decent show 🖼🙂

Dad made us all bacon, eggs and toast for breakfast and I made an oatmeal, banana, peach smoothie to accompany it. 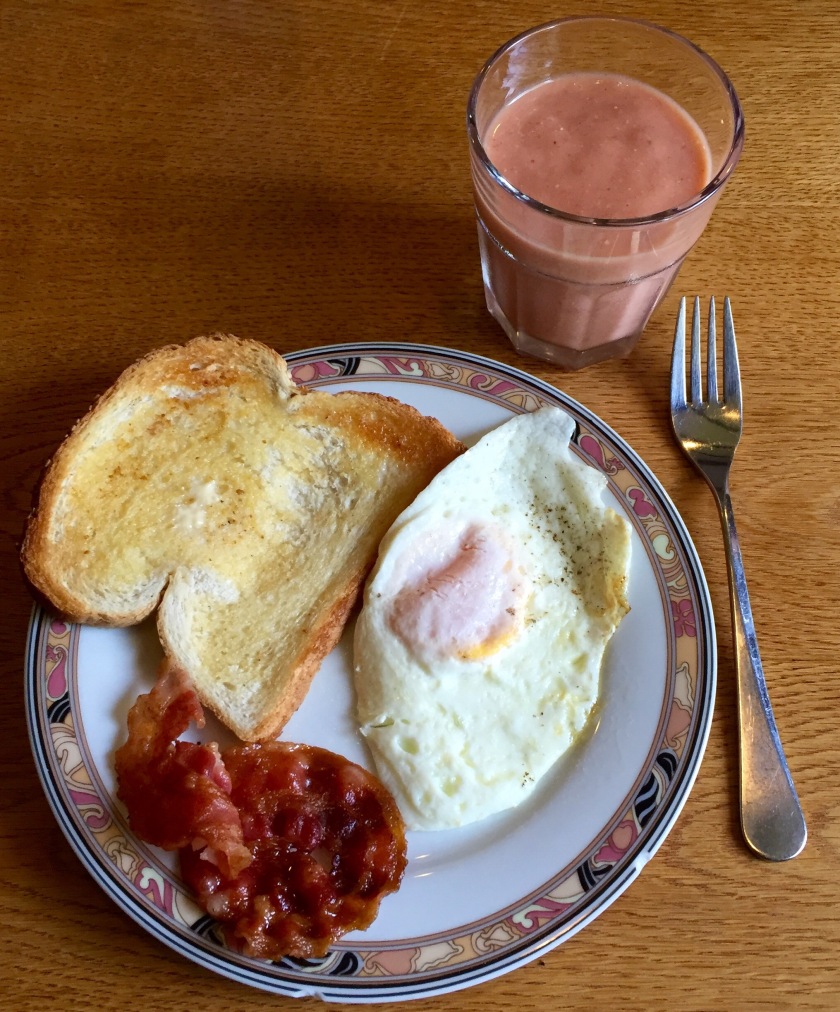 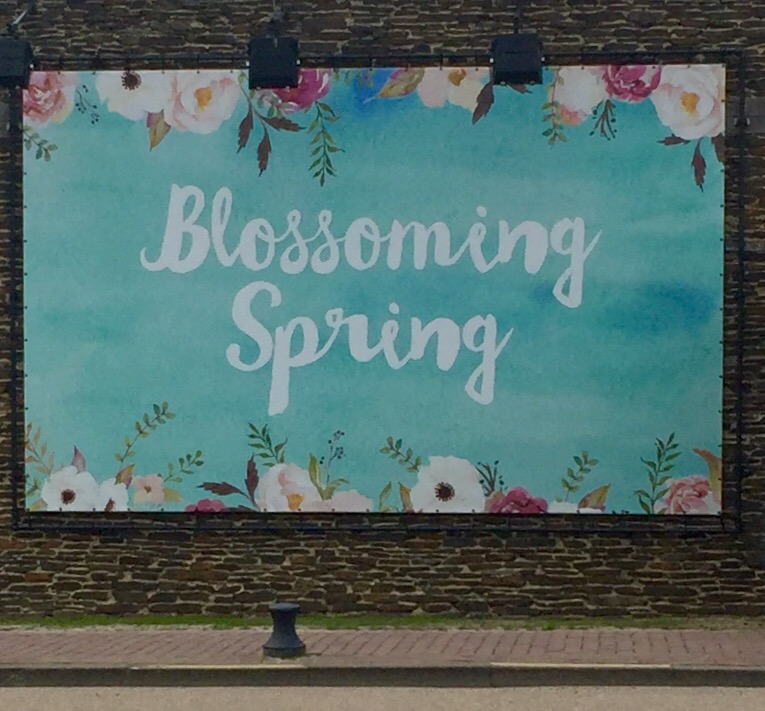 Though Mike did find a pair of soccer cleats to spend some of his birthday money on.

A quick stop by a harbour to see some boats and then a search for food began. 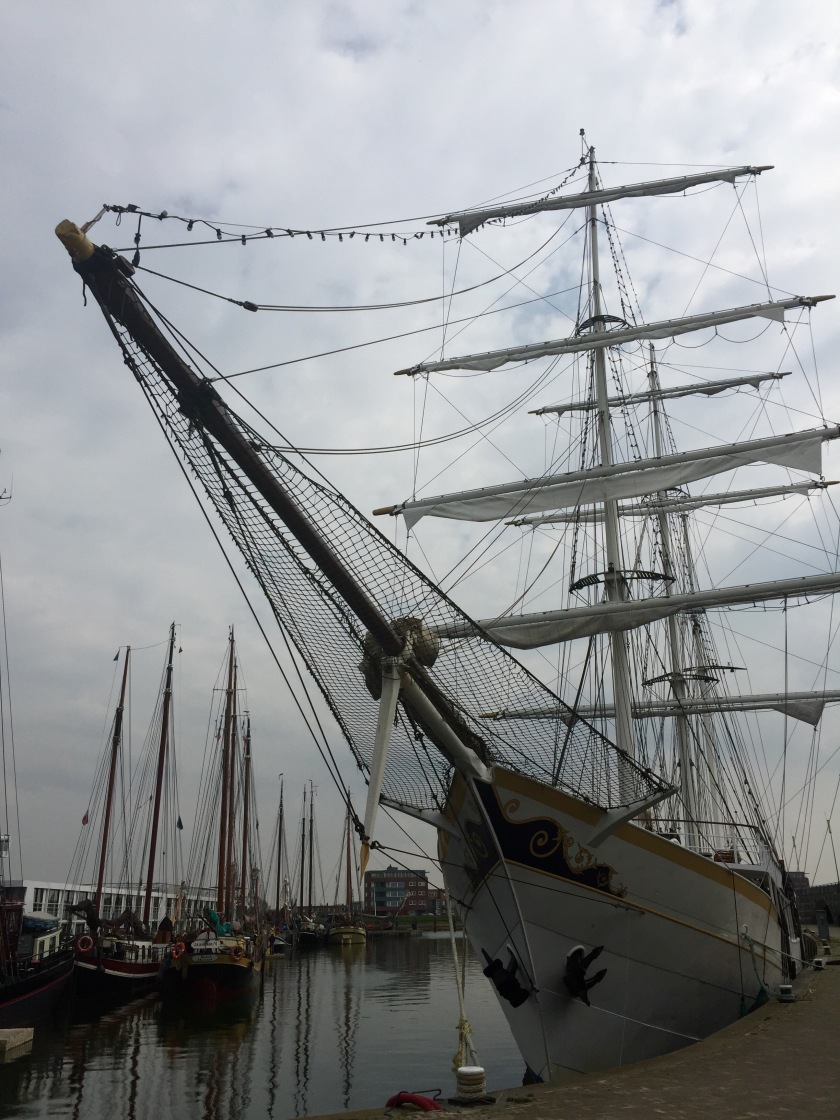 It wasn’t an area very well know by Mike so he didn’t know of a specific place to enjoy a birthday meal.
Instead we decided to let mom and dad try some ‘Dutch snacks’ as part of their holland experience. 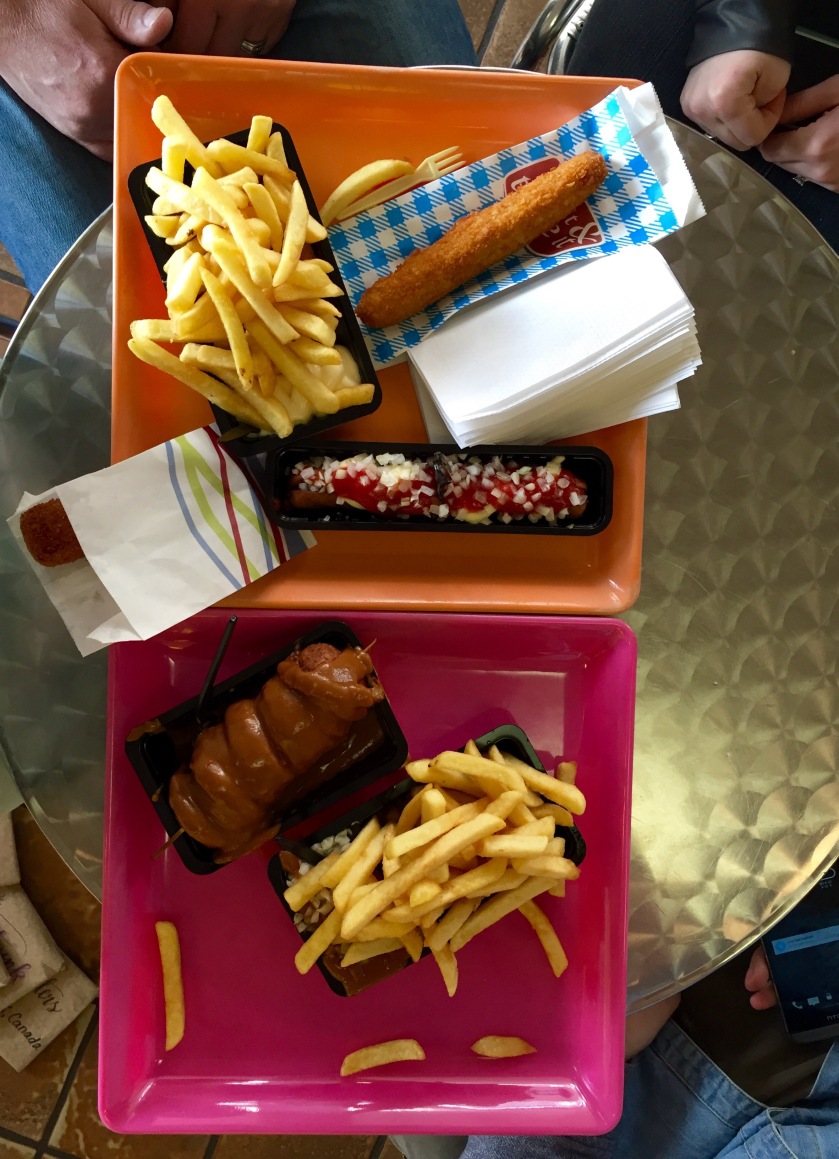 They didn’t mind them and even I was more okay with them this time than previous times.
Could be cause I was super hungry though too😜

We looked in one very large second-hand store with a lot of furniture that we should keep in mind for whenever we leave the cottage.

Mom and I slept away the drive back ☺️

And then everyone ended up napping or resting in some form once we got to the cottage.

We planned on ordering ‘barbershop’ for supper but they weren’t answering the phone so Mike and Dad drove to town to see if they were open and if not try to find a substitute meal as we hadn’t planned anything.
That’s always so disappointing🙄

The boys came back with a Chinese food ‘meal for two’ that had four of us filled up and with leftovers.🍜🍱 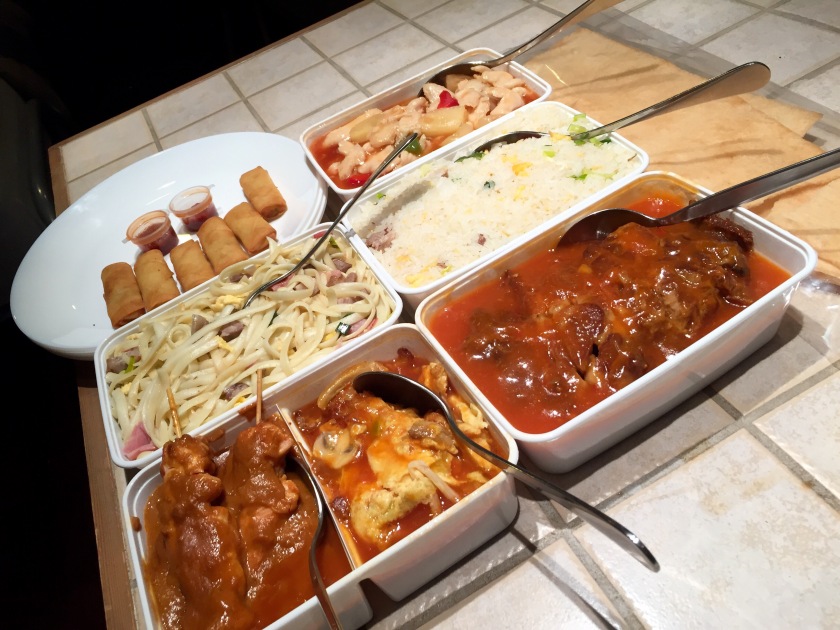 It was still a decent meal and the barbershop would be tried another day.