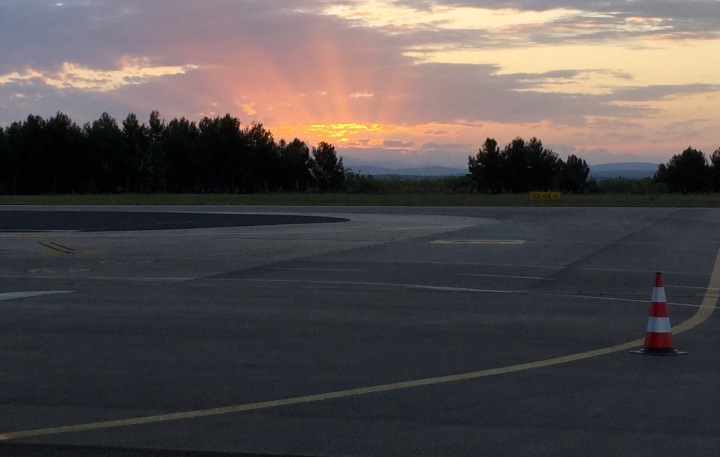 We left for the airport by 5:00 am.
It was a fairly short drive and a small airport so everything went pretty smoothly.

We all slept off and on during the flight… Trying to fit in our mornings worth of sleep.

We waited for Mike to drive the car around front so we didn’t all have to walk so far in the chilly weather.
We didn’t realize he had parked so far away though so we just ended up shivering outside😜

Driving into town Mike found us a German breakfast place to try.
The waitress was very nice and mom was thrilled to have a carafe of coffee offered instead of the usual half filled cups ☕️

We got a sampling of breads, cheese, meats, scrambled eggs and bacon.And… Butter cubes. No extra cost, no see through slices 😏

We were going to take a look at a house that is for sale for the second time, but our appointment wasn’t until 11:00 so we had some time to kill.
Mike seen a produce store along the road so we popped in there for a few minutes.
Coming out with lemons, strawberries and some cherry tomatoes. 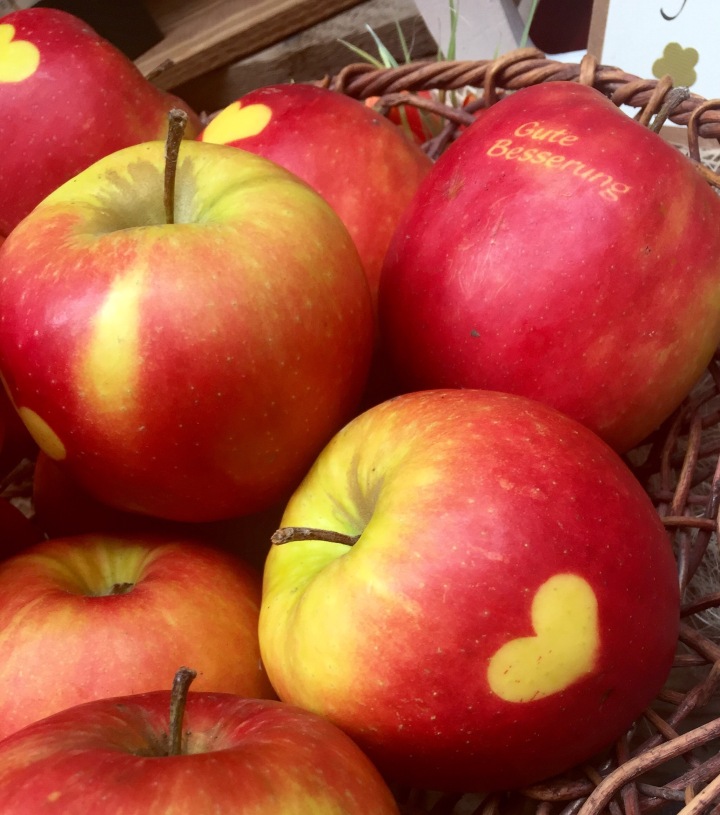 Dad introduced Mike to the song ‘I’ve Been Everywhere’ as he thought it particularly fitting for Mike.
Though it is a good old song with a catchy tune… the charm wears off after Mike continued to sing it the rest of that day and the next 😏

The house was looked at for a second time… Closer inspection of things and pictures taken.

Leaving Germany and heading back into Holland, we stopped at the second-hand store we usually go to so mom could see it and I found a 25€ couch that I have big dreams for whenever I get a craft/blog room to put it in 😉

Then we drove to ‘The Gallery’. 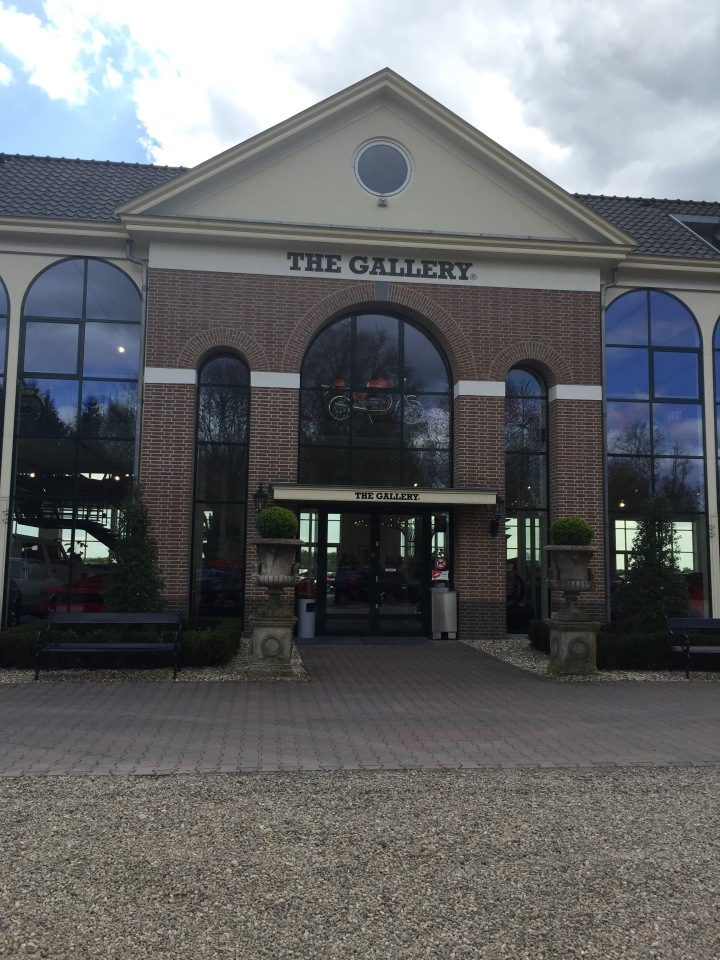 A place that restores and sells classic cars 😍
We looked around at the beautiful automobiles, each picking one out for ourselves. 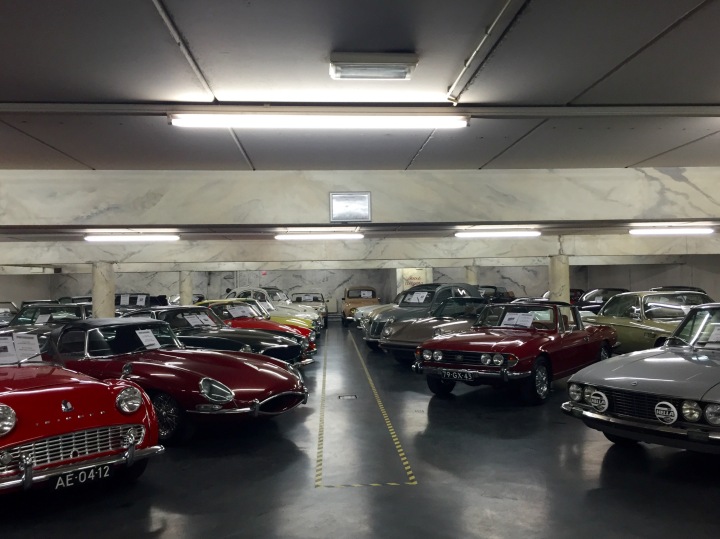 Though we never could have bought one since the salesmen didn’t give us the time of day 😠
I realize we may not look as upper class as some… but a simple hello is not a hard word to say.
In English or Dutch 😏
That’s always the time you wish you had a wallet FULL of cash and could pull it out and tell them you wooooould have purchased something had they treated me politely 😎💰

Kibbeling was picked up for supper one last time. 🐟🍴

Then the evening became a series of aggravating phone calls for Mike.
The hotels he booked for the upcoming weekend had been canceled due to some mishaps between the hotel and the booking company.
Because of some upcoming events in Amsterdam ALL the hotels were either fully booked or charging extortionate prices.
Finnnnally a rebooking was figured out and the weekend plans saved but after that kind of annoyance it’s hard to be in a good mood so Mike was frustrated.
Dad told him we could all go for a walk to help him feel better 😜
You know it’s important when DAD suggests the walk 😉

We stopped to check on the geese we had seen near the cottage earlier.
I forgot to mention mom and dad had previously looked at them again annnnd they had been eating their own eggs 😖
This time they were just sitting and hissing at us. 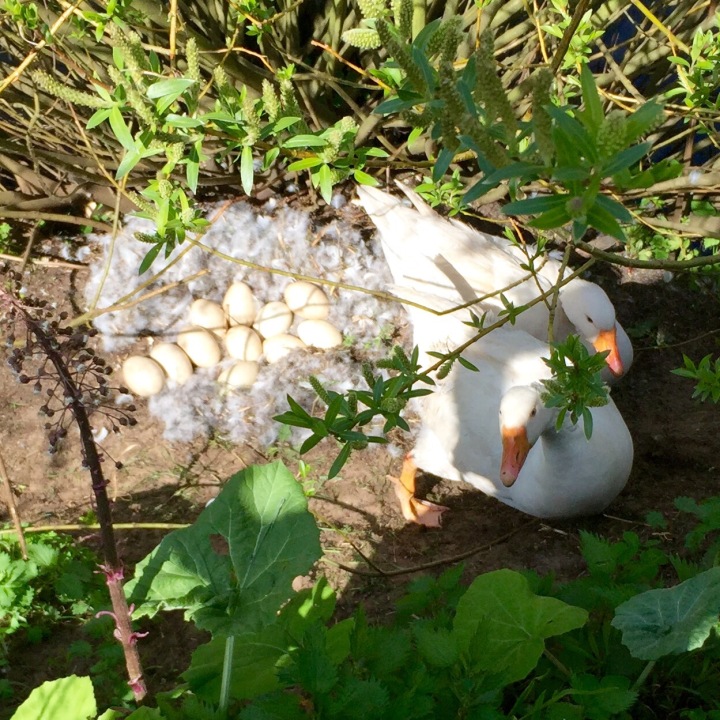 Unless we were throwing them dandelion heads that they would hungrily snatch up… Weird geese.
Dad says the tame ones are all stupid 😏

Mom, dad and I sat down to watch a bit of a movie and Mike hit the hay as he had to head back to work the next day.

It was a day of recuperation so we didn’t do much that we didn’t have to.

Mom decided to try her hand at making poffertjes. 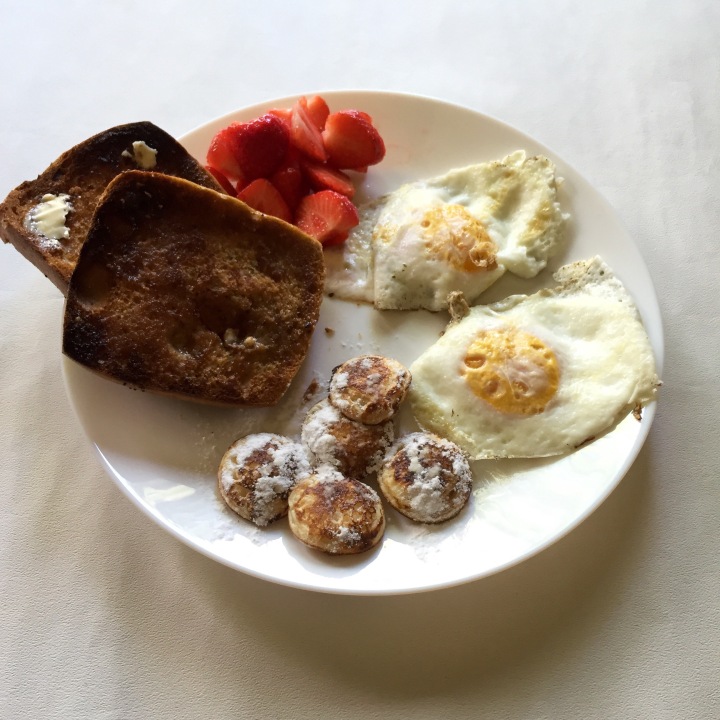 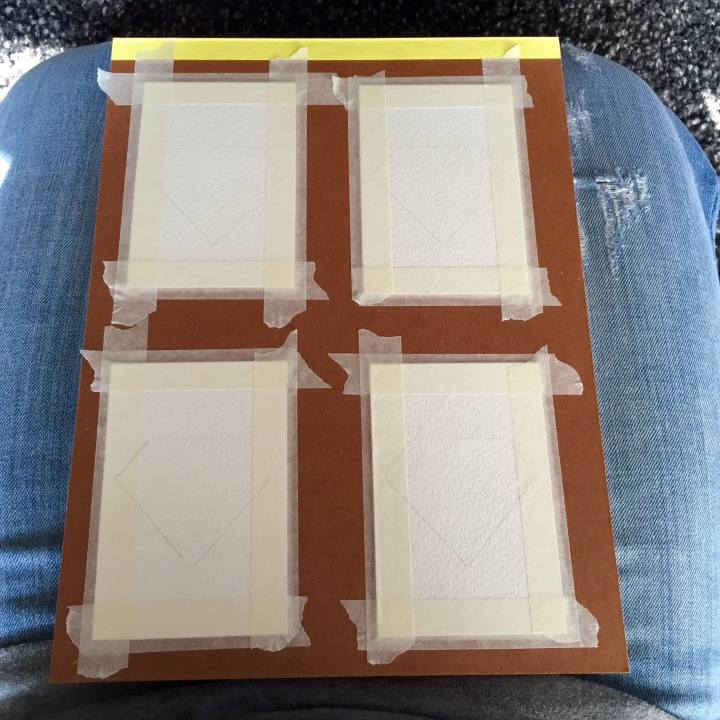 Teaching me how to outline, tape and apply the paint for the desired effect.🎨

Many loads of laundry had to be done and dad decided we needed a clothes line, not just a drying rack 😏
So he searched high and low for some rope.
(Our handy man supplies are a little limited still😜)
He finally found a use for his fishing rod!
Though it had caught no fish in the river… It did serve as a temporary clothes line 😏🎣
Tied to a tree and wedged between the patio poles, laundry was hung across the fishing line for the afternoon.
He placed an order for rope with Mike and asked him to grab it on his way home from work😋

A walk was taken.
A lengthy one at that since mom was the leader😉
The sun was brightly shining so it wasn’t tooo bad and we tried to explore a small town behind the cottage so we could find out what was back there in case Aunty Gail and Miles wanted to explore a bit
There wasn’t a ton there 😜

There was a fairly new, low thatched roof so we took a closer look at how those are made.
Intensely it would seem.
The thatch is really just a kind of bull rush they harvest here.
Back in the the day, ones wealth was stated by weather or not you had thatch or tile on your roof.
The more tile the richer the person but nowadays it’s almost turned around and it’s the thatch that’s pricier.

Supper was supposed to be one thing and then I was missing ingredients so the second option was pulled out.
But the second option had spoiled 🙄
Third option ??
I had two burgers in the freezer but mom said she’d mix some more up for us 👌🏻🍔
Dinner was saved 😎
We got to test the cheese truck cheeses again and dug into the dill pickle supply 😏 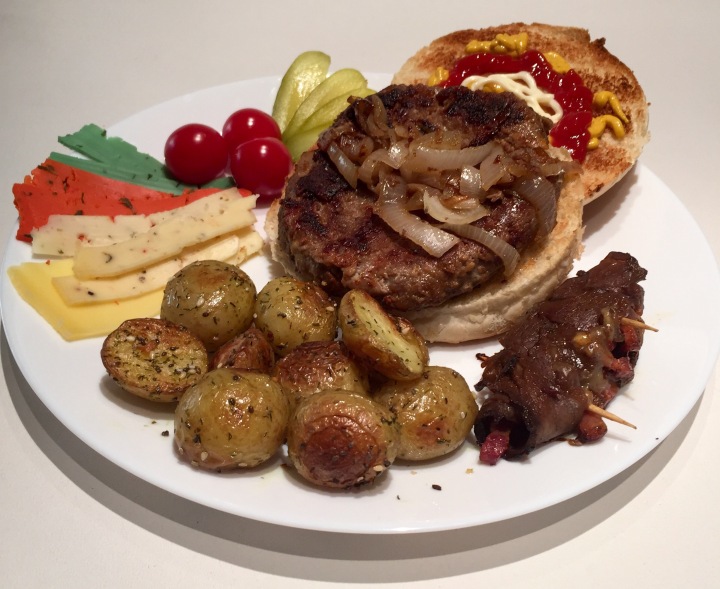 The baby potatoes from the nearby local produce store were also seasoned and roasted up.
I had writing to finish up… Or start on, whichever way you prefer to think of it really.

We put her on the tv screen so we could have the sound play through the better speakers, in turn she showed up literally larger then life but hey, why FaceTime if you can’t see the person 😜

One thought on “I’ve Been Everywhere Man 🗺”