Everybody slept in and enjoyed the morning in a leisurely style.

The sun was shining and Aunty and Uncle biked over with their hotel rentals.

We planned on all heading into town and then having supper together once they returned.
I stayed at the house to bake a dessert for the evening, write and then get ready for town.

To town we went!
We had decided to dress up a little for dinner but first we had to go into staples to get a copy of the hummingbird drawing/painting I did awhile ago.
Aunty wanted one 😊

The restaurant choices were not seeming like the right ones there in town so Mike got us a table reservation at a restaurant nearer the cottage but that meant we had more time to kill.

We did so at the second-hand store, where Aunty scored a bunch of little bikes for her collection of miniatures☺️ (Spotted by Miles😉👌🏻)

We were glad we had slightly dressed up after we stepped into the entrance of the ‘Van Der Valk’ hotel/restaurant and seen the impressive decor.

We were seated and served with first rate service.

Salmon, schnitzel and chicken kebabs were the dishes chosen and enjoyed 🍴👌🏻 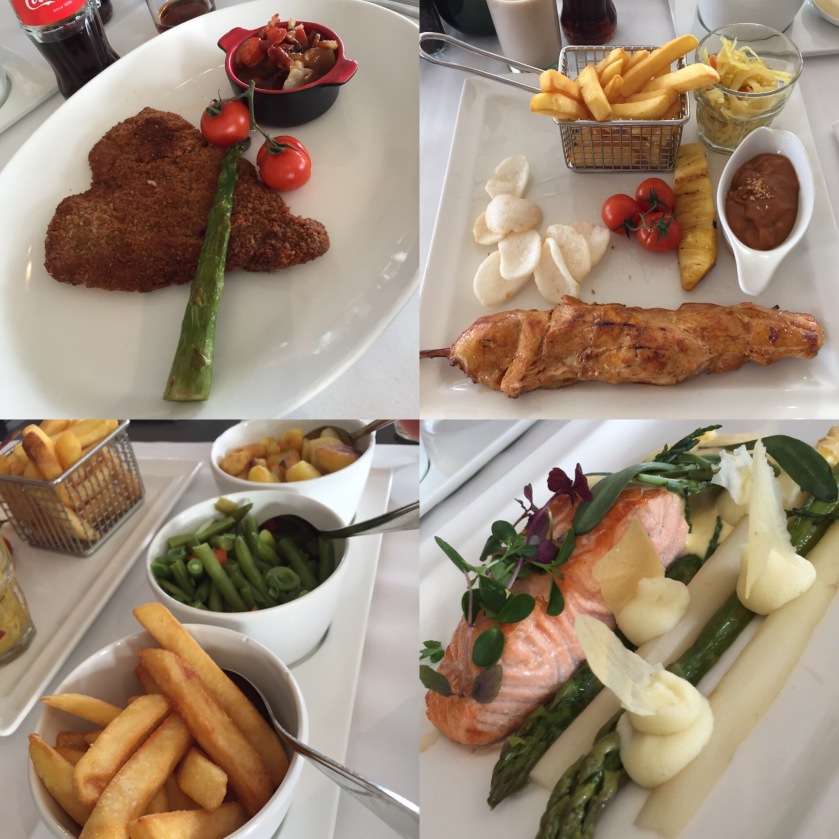 The salmon was moist, Mikes schnitzel had a wonderful flavour, the sides were all enjoyed and the chicken was also very good according to Aunty and Miles ☺️🍽🐟🐓

Over all we were quiet pleased.

It stunk terribly but it was interesting to see😏 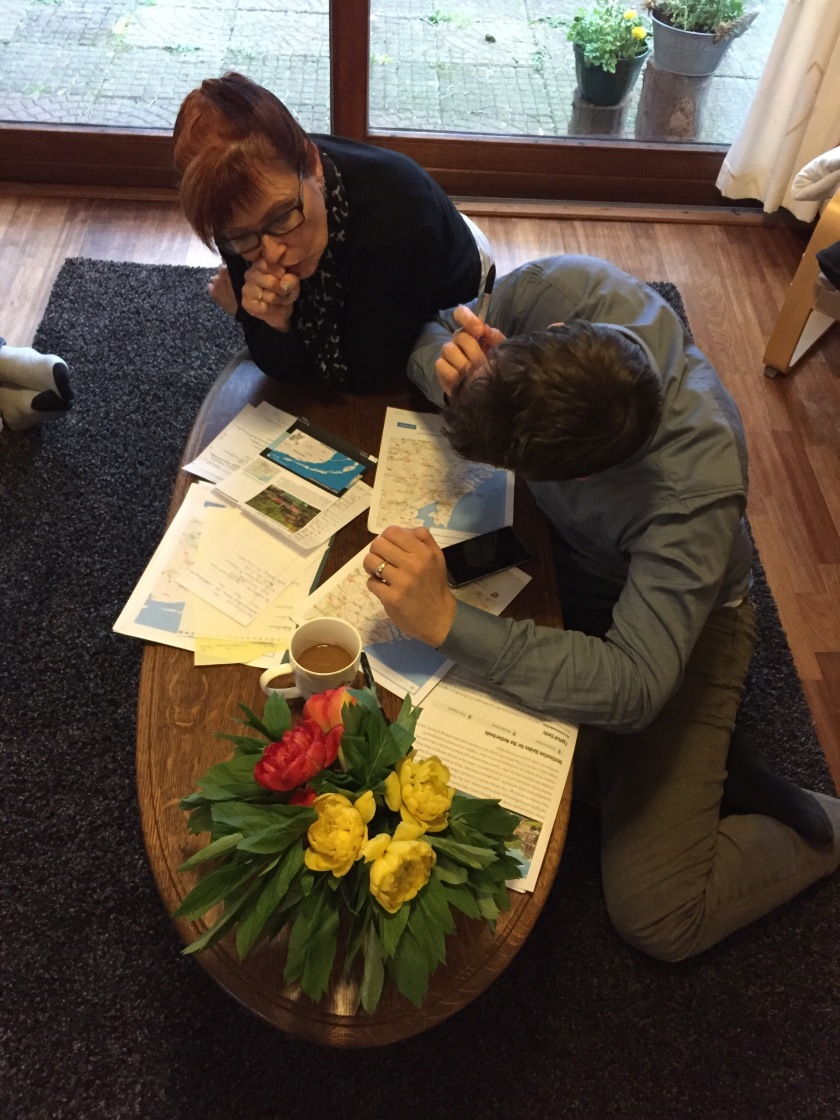 I warmed up the lazy cheesecake, we engulfed it and that was that ☺️

(The tulips Aunty bought me had survived our weekend away rather well as you can see.)

You may think that we just eat like crazy and do nothing but drive places… Which is partially true 😆
But! We haaave been keeping track of some of our walking throughout and I think 16,500 to 14,000 average steps on our exploration days, allows some extra nutritional intake😜