Mom was at Saskamp helping with the set up of the facilities for the upcoming camp.

Out we went to rake and load leaves and branches for around an hour. 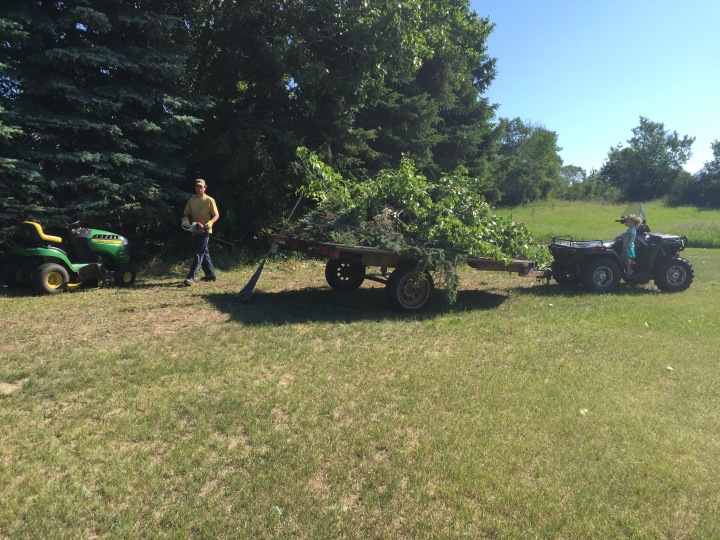 Followed by a few jogged laps around the yard and then an emptying of the redneck pool.
Dad had requested we water the gardens with the water rather than just putting the tailgate down and letting the water out all in one place 😋
We are good obedient daughters so we got buckets and hauled water to the garden and dry grass… That got boring though so a water fight was in order 😁😎💦

Nathin walked around the corner to join us as Rebecca had came by with iced coffees for us all. Pro and I thought the same thing, the bro needed a dousing… the bro also doesn’t like water 😜
We planned but the plan got a little confused and Pro dumped her bucket on him while I was over filling mine up.
He had his phone in his pocket so he handed that to Becca to dry off and since he then had nothing to be hurt by water, phone/Spencer etc.  I emptied my bucket on him too.
We do admit to being a little worried about the repercussions of such a move, he won’t leave the score unsettled😬

Chicken burgers were made for lunch 😊👌🏻

He was taking out the old garden pond mom had and downsizing it to a smaller one for her so the hole needing filling.
Pro and I did three loads together and I’m not really sure how he loaded and unloaded as many as he did before he asked us for help… Sand is heavy 😏😜

Pro made barbecue chicken for supper to eat as wrap kind of thingies along with coleslaw.
She did well 😊😋

My evening was then spent writing, something that is much harder to get done with humans and mini humans around 😬

We had Spencer and Emily joining us for the morning/afternoon so we had the chance to repay Becca for her day of watching the four kids.
Only difference was there was three of us to watch four children and she had done it by herself 🙈😬

I had Spencer right off the bat since Mom and Pro were exercising.
He played strange and decided he disliked me immensely 😏
I in turn decided I disliked him too… momentarily 😜

I decided to give Rolo a bath.
She’s shedding insane amounts of fur and mom is super annoyed by it so I figured a wash may help decrease the fur loss.
She’s actually super good about being in water but how a cat can look so nasty ugly once wet, never looses its humour 😝 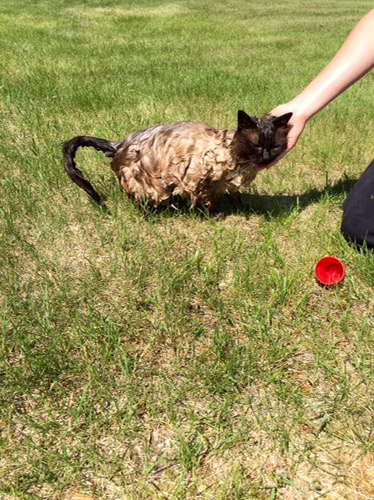 I tried to make a baked broccoli dish for supper that Inge has made a few times in Holland. 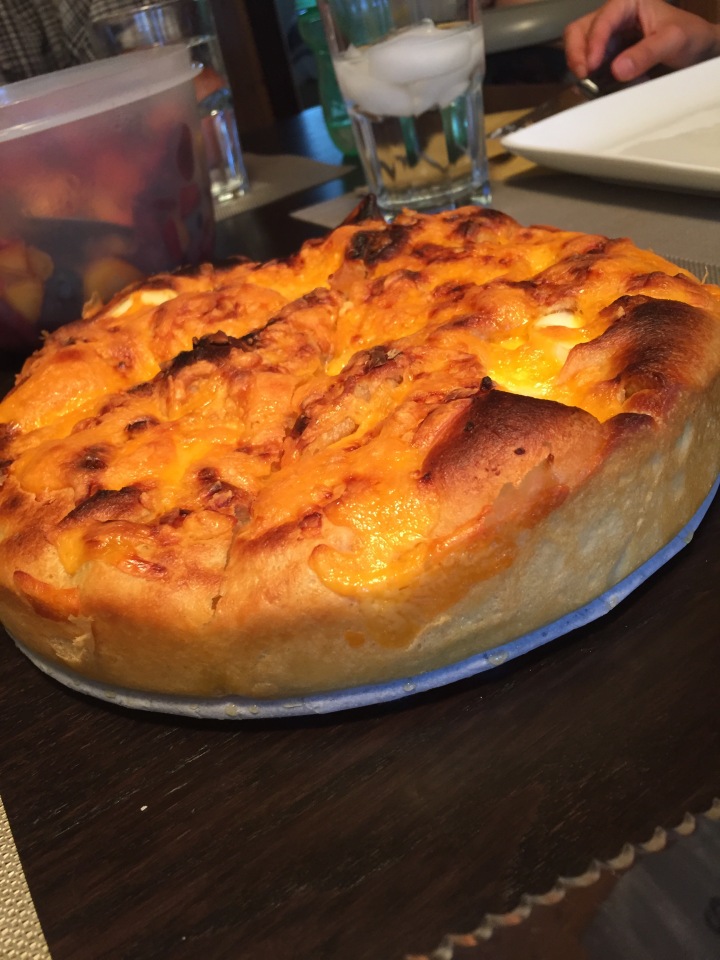 Due to different ingredients and baking it on the barbecue to reduce the heat inside the house, the outcome was obviously different.

Hers was much better, but mine was ok all things considered 😜

Nathin, Becca and the kids came over to enjoy them with us 😊

A timer was set up and the first family photo attempted, minus Josh and Mike 😬 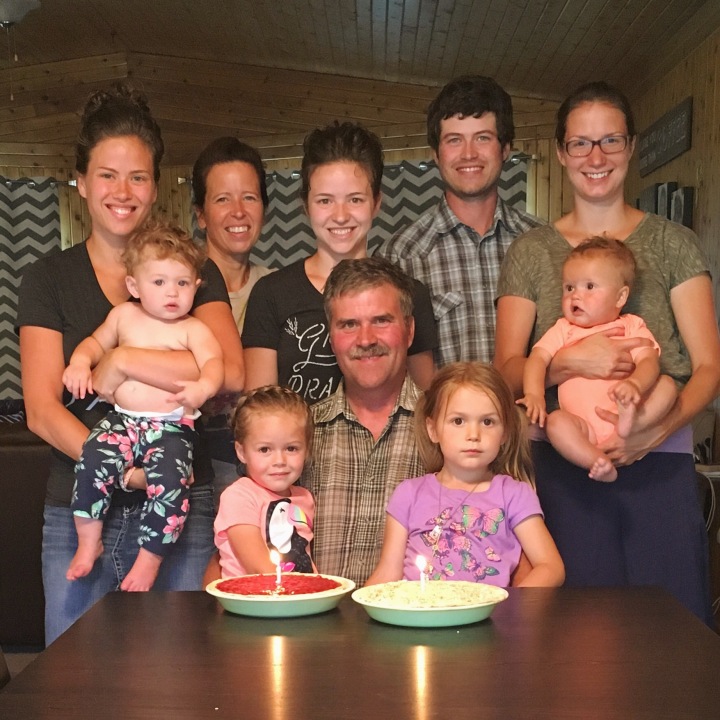 Em and Al wanted to deliver the gift from us kids… Rubber boots and wool socks 😜
Sounds a tad lame but hey, it’s all a bushman really needs 😏

Dad always said, ‘All you need is rubbers, green ones for work and town, black ones for church .’ 😎😜😏