We slept in until noon, I think the sleep we missed due to a hard springed mattress at the cabin was trying to catch up with us 😁
At least that is what we used as our excuse 😋

I opened the fridge and though mostly empty since everything had been taken to the cabin, a can of Pillsbury cinnamon buns shone out at me 😍

Mike was so impressed when I opened the can and out came ready rolled cinnamon buns with a can of icing beside 😆
He was like, ‘Jess, take a picture for Jemstory! That’s crazy it’s all ready!’.
My response was that they weren’t really that amazing and a picture wasn’t required cause everyone knows what they are.
He said no one in Europe would know so I still had to take a picture 😏 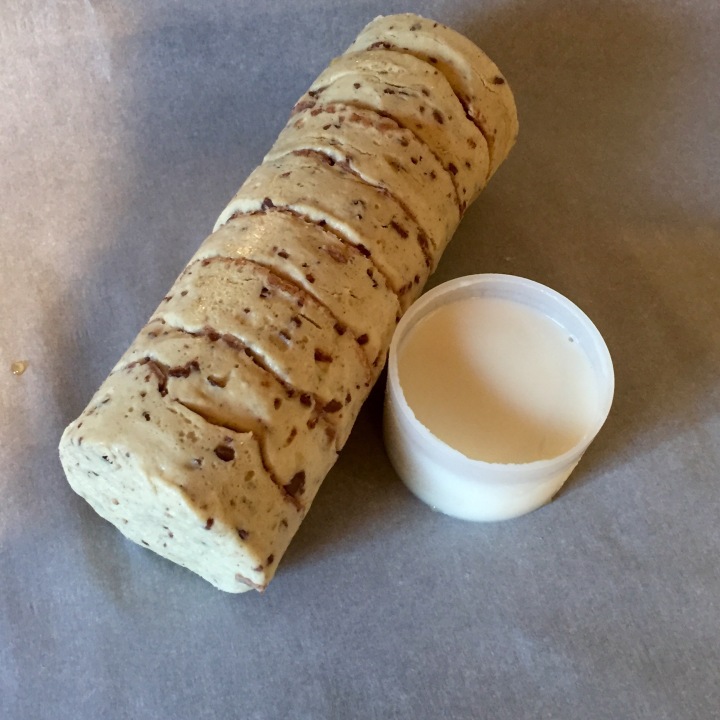 We ate those for brunch and then lawn care was next on the list as the grass had grown profusely when we were away.
I got the job of mowing and Mike the job of raking 😜
He also decided to hose away the wasp nest that had housed those that caused him pain😜

There was soccer to be played in Kinistino so we headed to pa for supper before hand. 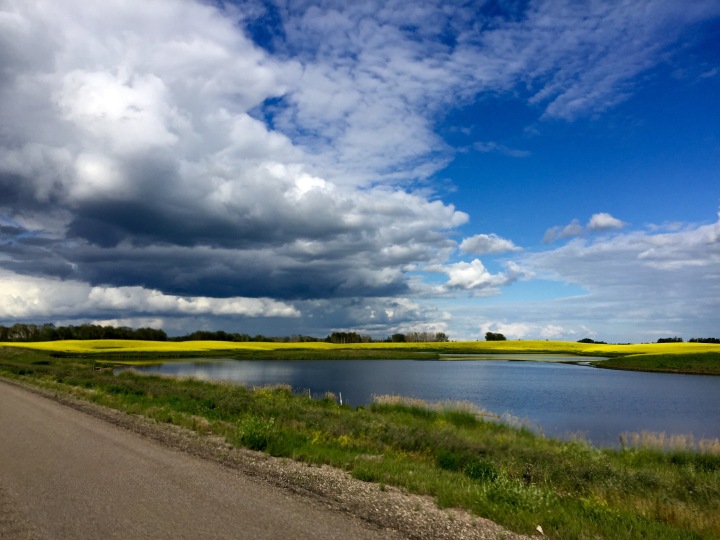 How I love the fields of canola and summer clouds of Sask. ❤️👌🏻🌾☁️
Mike felt like ribs so the obvious choice was Montana’s 😏
Ribs for him, two appetizers and cornbread for me 😁

I had the pleasure of FINALLY getting a visit in with Mel while Mike went to play soccer with the guys 😄
It was so good to see her again, after almost 8 months since we last parted ways 😳👭💕

More grass to mow, laundry to finish and things to tidy around the house.

That afternoon we headed out towards Shellbrook.
We got a tour of Josh and Kristen’s new place and then went over to Tim and Dorothy’s for Josh’s birthday supper 😊

Supper was very tasty, conversation diverse and entertaining, dessert enjoyed and the sudden aroma smelling of skunk later in the evening, our cue to head home 😜😁

It was a day well spent visiting with friends from home 👫🏡🐶🐱