Michiel and I had to go into PA to finish up some errands so we headed there around noon.
I unwillingly went along, disliking multiple town days in a row 😜

Returns, purchases, drivers license renewed (cause I use it allllll the time 😏😜), bank and library visited, cheesecakes picked up and lastly groceries for Mike to take back to Holland for me 😋

Nathin, Becca and Spencer were coming over for supper and they were there when we got back from town.

How the driveways are filled in Sask. 😏

Mike got the special treatment of one last steak meal 😏
Accompanied by potato salad, watermelon, Becca’s garden cucumbers, and a white wine steak sauce to douse the steak, mushrooms and garlic toast in. 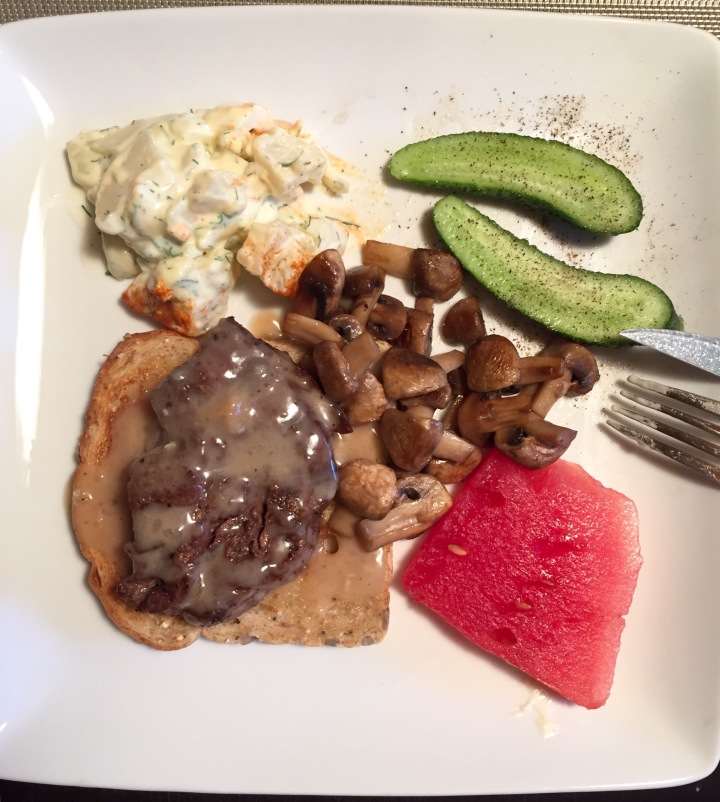 The cheesecakes finished It all off rather nicely 😏👌🏻 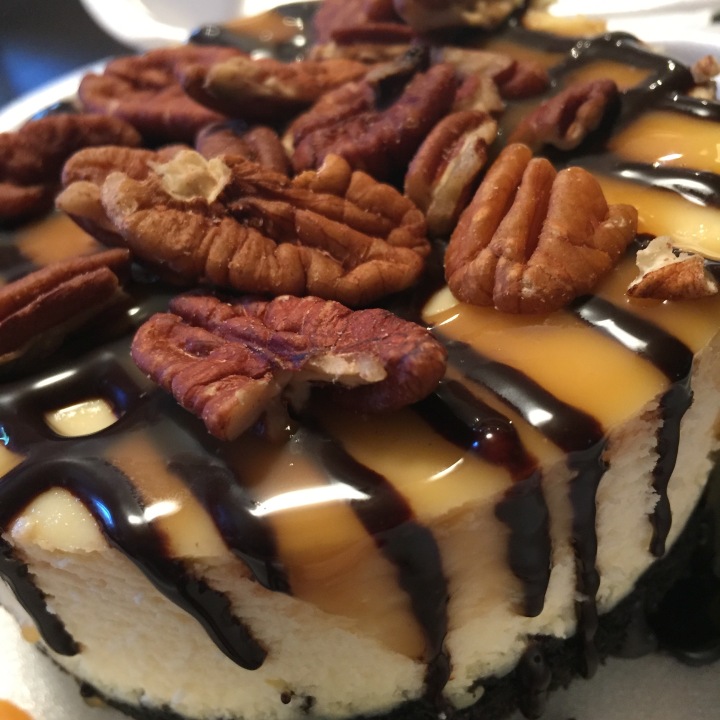 Mom wanted to get some new photos of Mike and I to update the family picture display, so after we were all readied we went outside… As it began to rain 😏💦

That said, it could have taken hours, but the rain was coming down harder and we had to start the drive to Saskatoon.
We stopped in Hague for lunch and then journeyed on to the airport, thinking we would need some time there for check in etc. if it took any length similar to what it had taken Pro.

Mikes flight status was already showing up as delayed when we got into the airport so that was a real pleasant way for him to start his trip but the lines and check in took almost zero time, leaving us standing around in the empty airport🙄

Mom and dad asked him if he wanted to be cried over😋
He said no it was fine, and then they cried anyways 😉

Ain’t being loved a joyous thing? 💕😋

Goodbyes were said and then we waited down below to watch for a wave from the windows upstairs.
His long arm reached up to wave and then continued to wave, as he walked further and further out of sight.
He was around the corner and then popped back out again for one last wave and we had a good laugh at the ridiculous reach of his long arms 😜

Back down to the three of us once again, we decided just to head back home, making a few pit stops along the way.
The first was to look at some ready to move houses simply for interests sake on pricing and what they actually had to offer.
Second was a stop in Hague (again) so mom could show me the odd little Home Hardware they had with a stock of clothing and home decor items 😜
Thirdly in Rosthern to peruse what the second hand store had to offer (nothing) and then to get an iced coffee from a small naturalist kind of store.
And fourthly we went to the antique shop close to home since he was having a sale 😏

Mom found a door to use in making a baby gate for the hallway, since Spencer is now capable of crawling 😁

Mom and I went over to Becca’s to go for a ‘walk’ that evening and though more it was more tiring then any walk should be, it was a lovely evening with just as lovely company 😉

I say walk but it was more like a fast forwarded, high intensity walk/almost jog, the speed was leaving us all out of breath and that should tell you something when you are just out ‘walking’… (the chatting and laughing may not have helped our air intake either) 😏😅

During the walk back I seen a little bitty baby frog and somehow mustered up the energy to leap around it and then my jumping made mom jump, I don’t handle frogs well 😝🐸