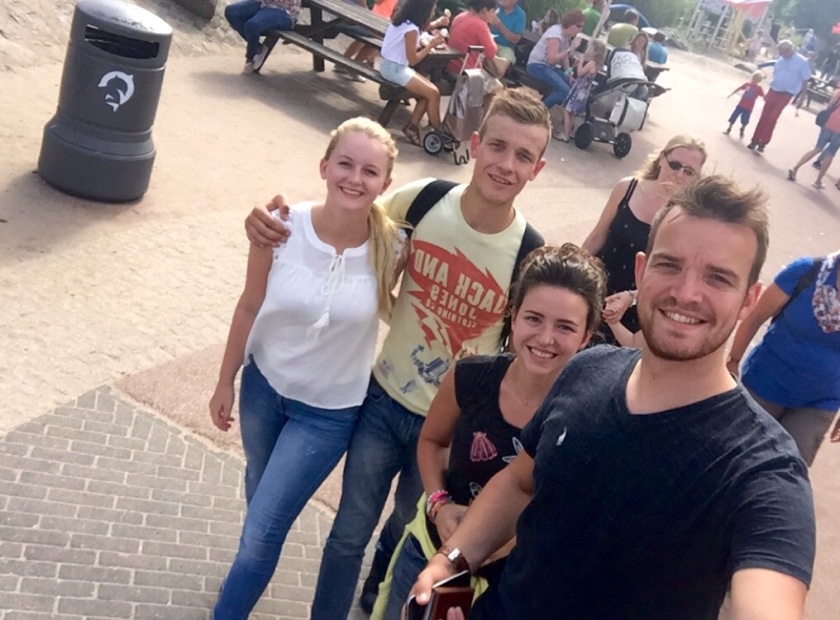 (We got our ‘free with a purchase’ selfie stick just in time it seems, it got broke in quickly during the day 😜)
Unfortunately Heidi and I are not of the tall European descent so the first show began and we could see nothing but very un-aquatic human heads 😜
We tried to be earlier for the rest of the shows, the boys getting us ice creams to endure the wait in line 😁🍦

We got to see the sea lion, dolphin and walrus shows and they were all entertaining and enjoyable… I may have been a tad too easily excited by the animals 😋👌🏻

The sea lions were cute and charming, the Dolphins pretty and impressive and the walruses were just downright FAT 😳😜

Heidi and I got pictures with the Dolphins after the show 😄🐬💕👭 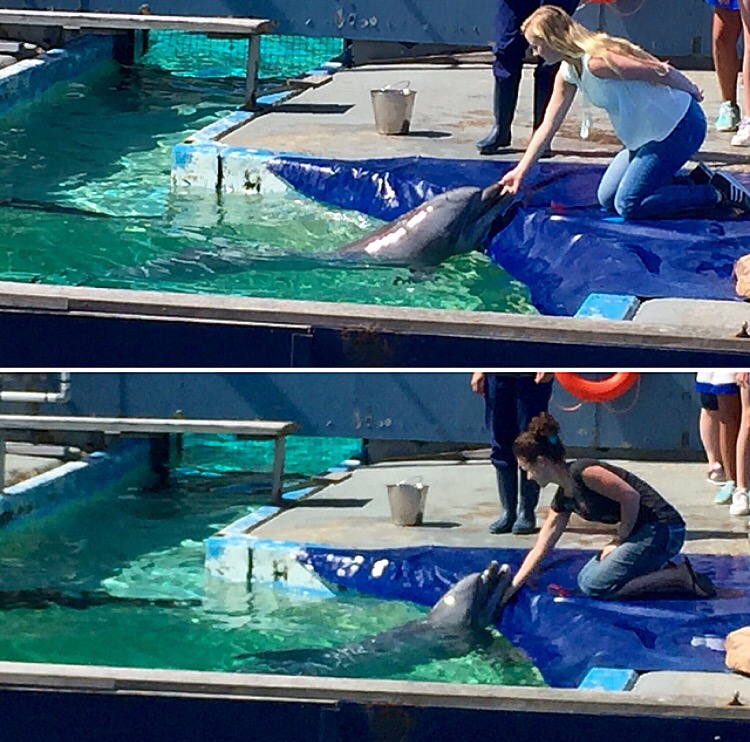 It could be the type of dolphin they were but they were larger than we had imagined and also felt nothing like expected 😜
We only had a few moments to experience how they felt, all while trying to smile nicely and look at the camera, but it felt like it was just solid, hard muscle covered in slightly soft-ish skin, not nearly so sleek/soft as I expected but I would still gladly own one 😄😋
Watching them swim was extremely relaxing… with the sunlight shimmering through the aqua water and the dolphins swimming leisurely around, playing, surfacing with a small jump and sometimes swimming upside down in their smooth, fluid motions 💙🐬💦

I should have become a dolphin/sea lion trainer😎

It felt like creepy, squishy soft algae or something and I’m not very pleased to have that as a memory 😝

We left there satisfied with what all we’d seen and walked a little ways into town, enjoying the quirky little things spotted within the town walls. 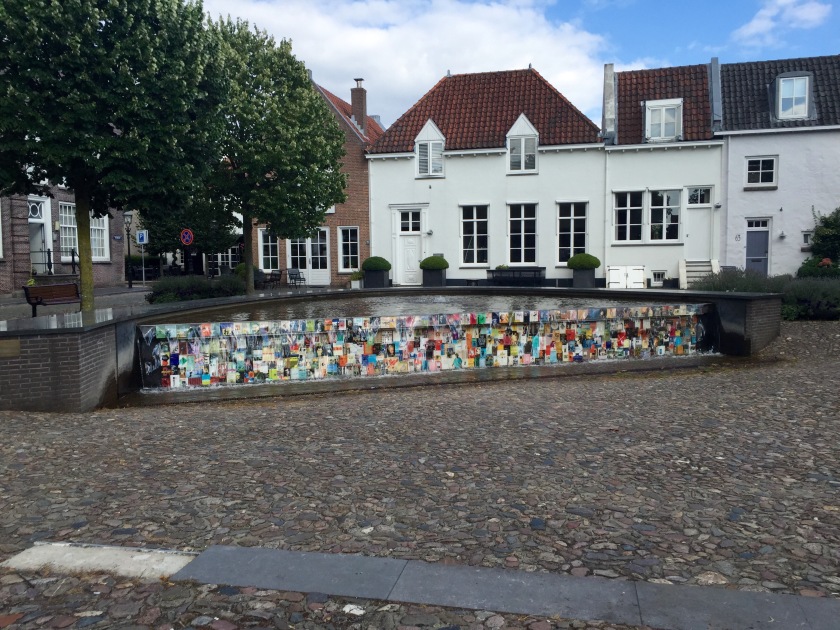 Pictured above is a cool little fountain made with books 📚💦

Supper was eaten at La Cubanita, a cuban all you can eat place which brings out small dishes of your choice and you just keep choosing.

It had some very tasty things, like kabob style chicken, baked pepper with pine nuts and seasons and then some not so nice things like slices of cold duck meat and onion filled bruschetta 😁

We finished up around 7:30 and parted ways after a day well spent 👫🐬👫

Inge returned and made us all some tasty grilled sandwiches for lunch and the majority of the day was spent outdoors.

Inge and Jesse had to go out again so the kids were in my charge once more.
I was able to find a spot shaded enough to work on the blog for a bit while they splashed in the buckets of water or did whatever it is that children find so entertaining 😜

The language barrier was evident and as I said much made up sign language was in play, but I do know how to say ‘no’ in Dutch and after telling Elaine ‘nee’ over something she was doing she proceeded to try to smartly tell me that she did not speak english 😏

Supper was the broccoli tart that I so enjoy, after having it again here I realize so much more how lacking the one I attempted to make in Canada was 😬

John and Elaine had picked blackberries the night before and Inge asked if knew of any good things to make with them… I didn’t but Pro had told me that she had made a cobbler that turned out tastily so I got to work preparing that for an after dinner sweet.

Supper was thoroughly enjoyed and afterwords the cobbler tested, it also turned out decently😁 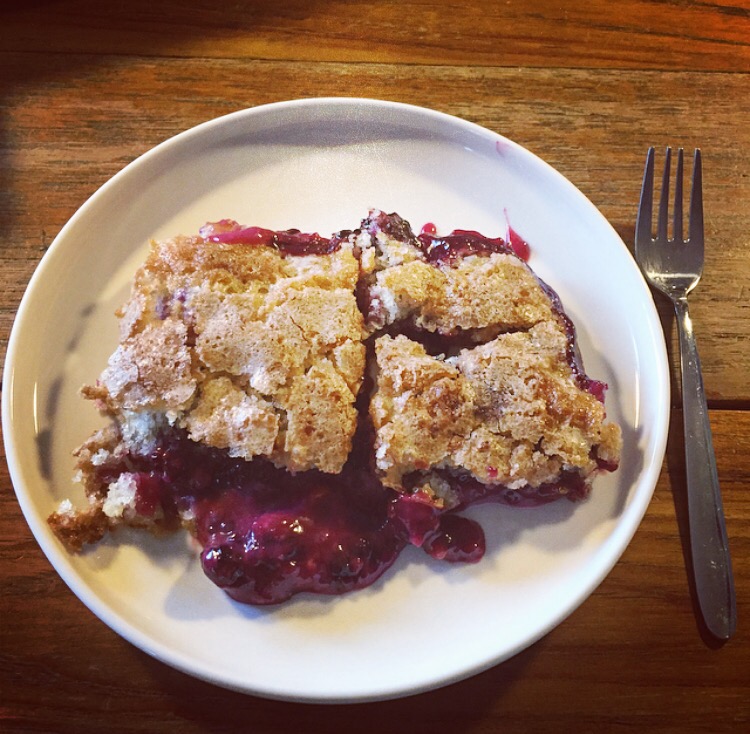 2 thoughts on “A Double Date At The Dolphinarium 🐬💕”