Sunday Aug 21st –
The rain finally came and it was a rather chilly, damp day.

We drove to church with John and Inge and Mike then translated the service for me.

I napped some of the hour long drive back to John and Inge’s and then Inge made us all grilled sandwiches and soup for a late lunch/early supper. 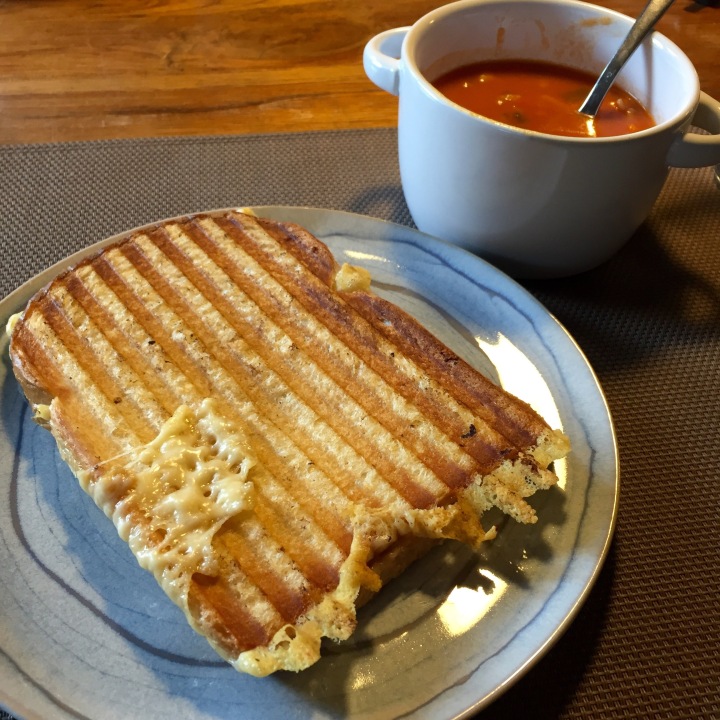 Oma and Opa came over too and we all had Vla (like vanilla pudding) or Kort (like plain, yogurt kind of) with fresh raspberry sauce.

I began working on some initial paintings Sarah said I could try for the girls rooms.
It’s always a longer process then I think and by the time I finished up one initial and one flower ring for the next, it had easily been 4 hours (I am a slow creator though.)
All of which I did sitting with my legs bent under me and the rest of me hunched over a little table, making for a nice sore back come bedtime and the next morning 😏✍🏻🎨
Monday Aug 22nd –

Michiel and Inge worked and I painted.

I did have Fiji for company 😊💕

It was a dreary day and all I could think of was how a cup of coffee from home would have been the perfect thing to hold in my hands and drink while thinking of some painting inspiration and then the perfect fuel to accomplish that inspiration.
But no… I made a pot anyways and sipped in disappointment, forgetting to even get another cup before the element turned off.

I finished up the initials Sarah had requested.

Then worked on practicing some brushstrokes with the watercolor pen she had given me, attempting some other letters and styles to possibly try putting up for sale.

Also worked on was the never ending writing, photo sorting and posting, before supper had to be made.

The name is supposedly because it’s usually very rich tasting but I cut back the cream cheese due to previous experience making it, so maybe it was only hundred dollar spaghetti 😏

5 thoughts on “The Initial Initialling”