The rains left and the heat had started, it seems I’m getting a second summer being here while the weather heats up and back home the weather is slowly decreasing in its nicety.

Mom and I finally got a call in that afternoon 😄💕
They had been gone to the cabin so we hadn’t talked at all since I left home.
But we squeaked one in before Mike and I headed out to town.

We went to check out the second hand stores and see what we could find.
I found a tv stand for 3€ that I hope to try turning into a kids kitchen to make use of my time and eventually try selling 😊
But we only bought it after we had checked out one other second hand store (that proved fruitless) and by the time we were back to the first store it was closing but we managed to buy the stand and get it out of the store.
Until it didn’t fit in the car trunk 🙄
Blasted small cars here and no one has a truck hardly so we had to take it baaack into the store and now wait to pick it up until we can borrow a van😬

In-between the second hand store browsing we had picked up Lisanne and took her out for ice cream.

Mainly using it as in excuse, pretending to be a good uncle and aunt when we really just didn’t want to feel guilty about getting ourselves ice cream for the third day in a row 🙈😋

We went to a grocery store to look if they had corn syrup and puffed wheat here so I could make puffed wheat squares, but it was to no avail.
The grocery stores here all seem like they are fairly day to day in the items they stock.
Not much for variety and selection, but maybe I only think that because it seems like I can’t find things that have always been normal to see in my grocery stores 😁

Mike and Inge worked, I did something I’ve never done before and exercised in the MORNING 😜
It was slightly more awful than normal and I can’t see myself doing it again😏

After that morning drainer I pretty much decided that I would shower, eat and then nap🙈

After supper Mike and I went to the store, still searching for ingredients for the super simple puffed wheat squares I wanted.
I would have chosen to give up days ago but Mike had found chocolate puffed wheat during the day and he was determined to find what else the recipe needed 😋
I don’t even think he really loves the squares 😝

Groceries got, agave syrup in place of corn syrup and plain, non flavoured marshmallows sought out and we finally compiled a variation on the ingredients required, who knows what this puffed wheat square will end up tasting like 😜

Also Mikes idea.
I had wanted to berry pick but then John and Elaine had already picked some and I made the cobbler with those so my reason to pick any more was gone but Mike figured I need to experience it😏
Which is probably true and now I can say I know the pain and pleasure of blackberry picking. 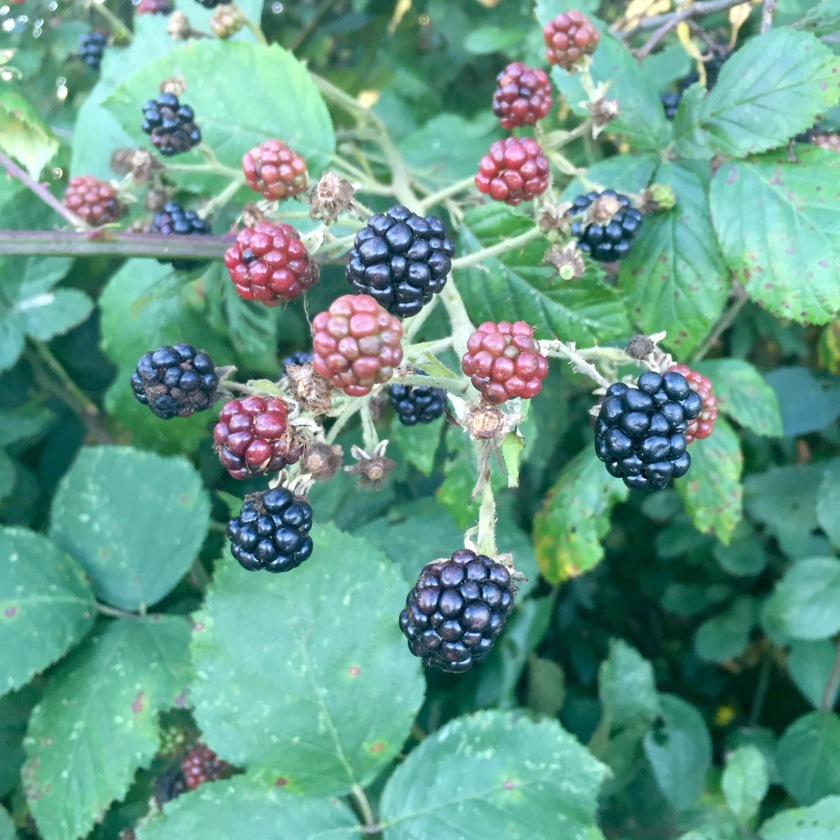 The pleasure was found in the size of the berries, which makes filling a pail a whole lot faster than most berry picking.
The pain was found in the blood running down my foot after snagging it on some thorns, deadly thorns that seemingly reach for you😳

The rest of the evening was mostly spent sitting outside in the finally cooling off evening.

2 thoughts on “A Second Summer And Searching For Simple Things”