Mornings of getting ready and repacking are beginning to blend 😬

A customer was visited about 20 minutes away and I snoozed during that visit, finishing my morning in the car.

We stopped just outside of Milano in a small town to have lunch at a place Mike had found online translated to ‘little house’ in English.

It was a local restaurant tucked  through a door we totally passed by twice, but it’s good third times a charm because once found a delicious, two course lunch awaited us.

(Speaking of three times a charm, this trip into Italy was the third time Mike and I have been in Italy, never in my life did I think I’d ever see Italy even once!)

A coffee was ordered for me and they brought out pure, strong espresso and then a side of hot water so you could tone it down to your preference.

The menu had two choices per course and Mike and I didn’t reeeeally know what any of them were so we each got a different one and swapped plates half way through.

One I didn’t want to swap was a pasta with tomato sauce, one of the best tomato pastas I have had.
It was full of flavour but not so over powering that you didn’t want to eat more because you were sick of the taste.

The rice was a traditional dish and though different and not something I’d want a lot of, it was still good and nice to have tried.
It was served cold and had a veggie mix,olives and some meats incorporated and a pesto ish sauce on top.

The other two mains were very good as well, a turkey breast topped with seasoned cheese and ham atop a mixture of steamed green beans, broccoli and spinach and then a salad with balsamic dressing, tomatoes and roast beef.

The menu must change daily as the menus were handwritten.

Into Milano we went.

(How I pass business meetings 😜 Don’t mind my marker not making lines, it needs to be held at a better slant then the one I was using while videoing 😬)
Mike was told by the man he was meeting that we would be smartest to just leave Milano so we could beat some of the traffic to get out of the city in a decent time and we were glad we listened to him.
The traffic was starting to build and more times than not a vehicle or two were always in the middle of specified lanes making everything even more confusing 😣
Mike did fine as always and I find myself thanking my lucky stars on the relaxed and capable driver he is ⭐️

He got me a coffee at the gas station we stopped at, I guess they don’t do the whole ‘sit and enjoy a cup of coffee for half an hour sizing’ thing😜 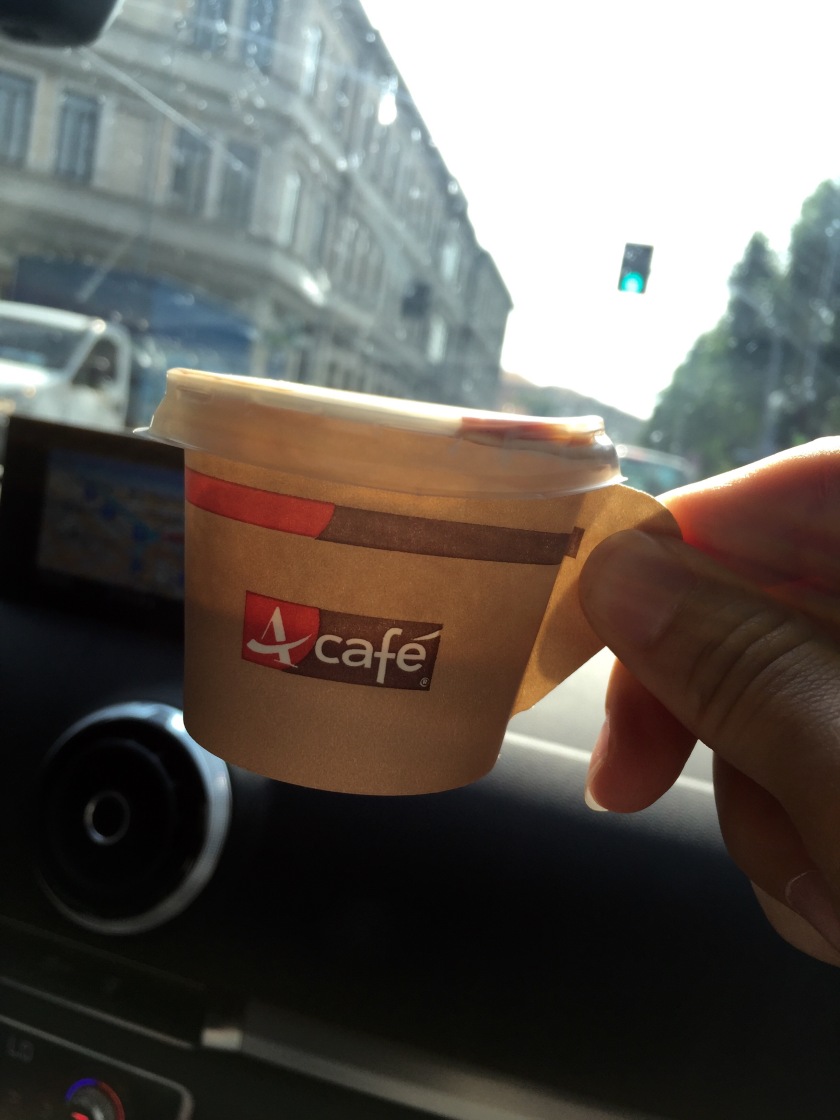 More twisty turny mountain roads to aid in my car sickness and after an hour and a half we came to, ‘ Tenuta Della Guardia’ our hotel in the Italian countryside. 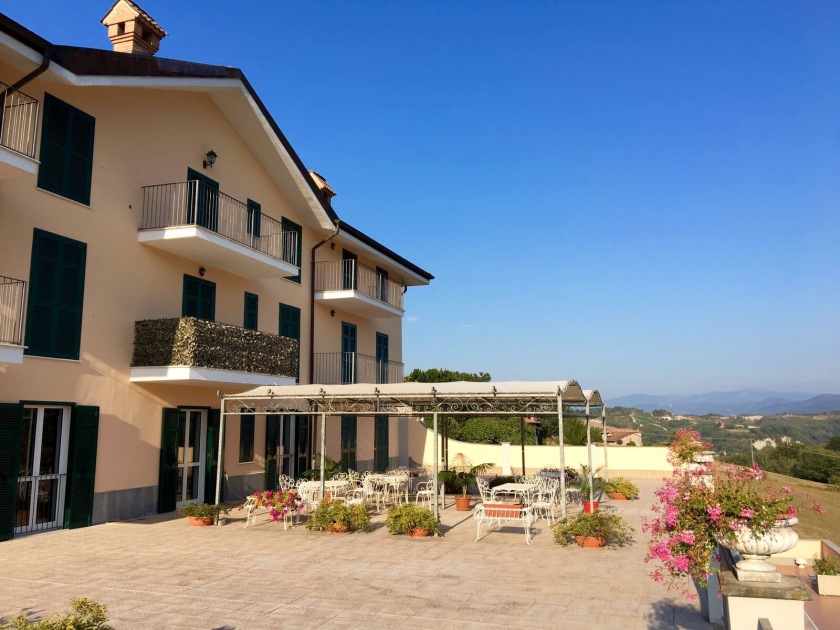 A small respite was taken there and then we drove 15 minutes away through wine country to get to the Serravalle Shopping Outlet.
The amount of grapes we seen was crazy and the work involved must be immense 😳

The outlet proved still too expensive 😜
There were some stores that were in our price range of course but Gucci, Prada and Armani would need almost 100% discount to be considerable😏

Lindt chocolate ice cream was tried and that was really good, Mike bought a shirt and I found a stone serving tray for my future apartment meal serving, real exciting buy on my part 😏

We decided to try the supper at the restaurant under the hotel.
I asked for a pasta but without the included olives, our waiter suggested shrimp instead, to which I agreed.
Unfortunately he just switched my meal completely for the one pasta on the menu that I DIDN’T want 😜

Mike got calamari and it’s the first time we’d seen it without breading, he then continued on with steak 😏

4 thoughts on “Third Times A Charm…”