Breakfast was some warmed up to perfection, poppy seed bread ❤️

It’s such a sad thing finding a food to love actually.
It’s something to be enjoyed and dreamt of forever after, always thought of fondly and with a watering mouth, but nothing else even slightly similar will ever be as satisfying!

I wasn’t feeling well and the weather was chilly so it seemed like an appropriate time to stay in bed all day but that didn’t last long.

Sweaters had to be picked up, packed and sent out as well as the giveaway items 😊📦✈️📬

During our quick pop into town we went to the art store and I got a brush marker and an extremely smooth papered notebook, wanting to try some of the oh so popular lettering that’s seen all over right now.

I’m not usually a big cookie lover but I’d been craving cookies for days and it was time to remedy that problem.

After those were made, eaten and cleaned up it was time to began the process of packing.
Which was pretty much pull out all the clothes, refold them and let the process of elimination began 😎🎒

I got a break from that when Mike and I went to go check out a couch, which is the only large ish item we still need for the apartment.
It turned out to be a wasted trip 🙄

Back at the house I had a few moments to recover from car sickness and Mike was a dear and made us supper. 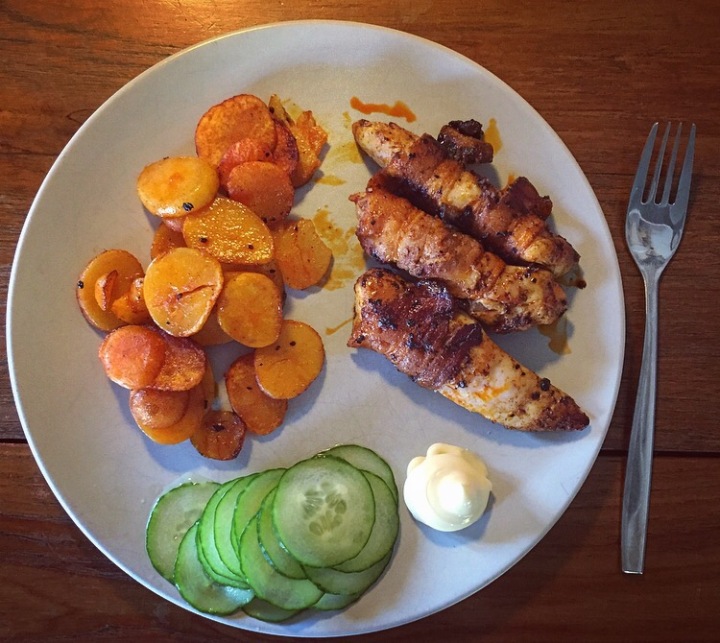