We left Villa Levante and headed back down the road to find a coffee/pastry place we had spotted the day before.

It’s awesome sign made it easily remembered and we went expecting good things, which we got 😄🍴☕️

The guy running it didn’t speak much English but he still seemed kind of funny, we’d point at a menu item and ask if it was good or what was better and he’d shrug a little and answer ‘ meh, I don’t like it ‘.
Not really trying to rack up the business it would seem 😜
But he did like one thing which was ‘espresso on the rocks’ so we ordered that, along with classic Greek pastry with vanilla filling, cheese pie and a tasty sesame seed roll with a creamy cheese inside, close to feta but softer and not as strong. 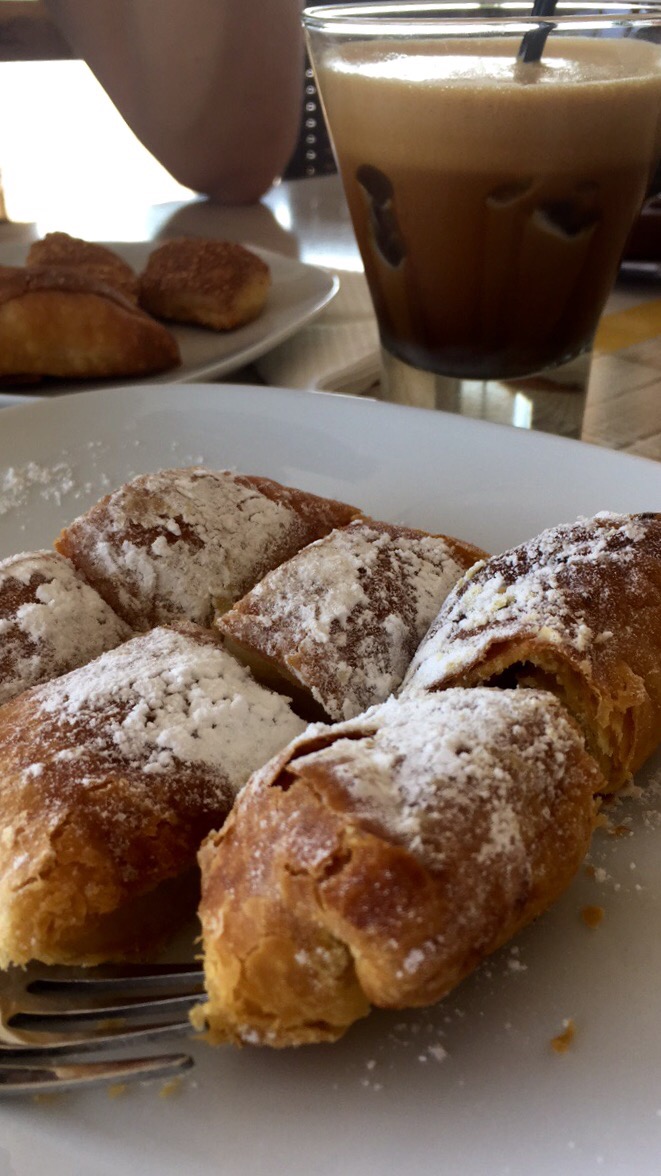 It was all really good and we planned on going back, but right then, the beach was beckoning!

Not long after sitting down, a few different people selling things came up to us and chatted, offering purses, foot massages and more.

Most were refused but Mike couldn’t resist striking a deal with a man from Nigeria who was selling bracelets.

We soaked up the sun for a while and then ventured into the water.

Photo Creds go to Mike for this pic. ^ I could have taken it I just didn’t want to take my phone out into the sea 😏

It was easily one of the nicest beaches I’ve ever been too!
Soft sand with no chunks of coral or seaweed in sight, calm and super clear aqua colored water, staying shallow enough for me to stand in for a long ways out.

Curtesy of Google ⬆️  That is close to what we seen and it was probably around the size of my palm, maybe even a  little smaller but that doesn’t mean it wasn’t freaky 😎

After our swim we decided it was high time to try the food service available to us.
Not only was it the one of the nicest beaches I’ve been to, but the only one with (super affordable) food delivery right to your beach chair.

The grilled pork souvlaki was amazing.
Juicy but with edges crisped to perfection and a creamy tzatziki sauce to dip it in, so good 😍 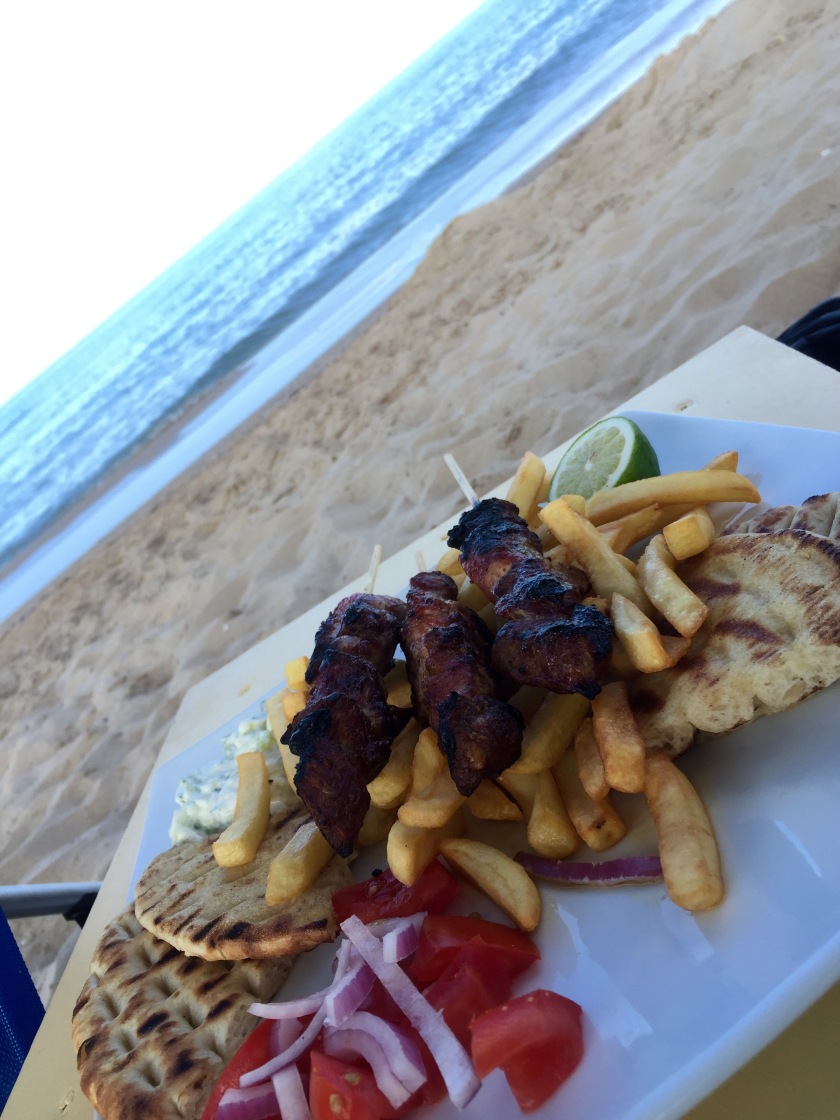 I really don’t remember what else we did in what order, it’s vacation, stuff isn’t meant to be kept track of 😏

I know we sat more, relaxed and got another plate of souvlaki 😏
Also ordered was a Greek coffee which was extremely strong and sweet and had a texture like someone had let the grounds go right through 😬

We went for a small walk and a few odd shells were found, though they really are lacking here… the one fault of Greece 🙄

One more dip in the sea and we called it a day and packed up our belongings.

It had been mostly cloudy all day but still very warm out, I didn’t think we had got much sun, until the evening came and the redness of skin with it 😬

We had an early morning planned to go and discover shipwreck beach, so bedtime was decently early and that was okay with us, there’s nothing like a day in the sun and sea to tire a person out.

5 thoughts on “Sand, Sun And Souvlaki”