We weren’t super close to town and I also really didn’t feel like getting ready to go into town again, so breakfast was a mix of granola bars and cookies bought at the grocery store the day before 😋

Then, to the poolside 😎

Weather was awesome, pretty much pure sunshine after a few clouds passed by and perfect for sun bathing and trying to get hot enough to jump in the chilly pool 😋

The breads were very tasty and cheese filled, (as much of the Greek stuff is) the espresso iced coffees perfect for the lounging life and the dessert… confusing 😜

It had the same filling as baklava but instead of being between sheets of phyllo it had a stringy, almost dry noodle like pastry surrounding it and it was such a weird texture it really weirded out the mouth and it did not get finished 😬

The days main bit was spend doing that on repeat, sun bath, snack, sun bath etc. until the wind picked up and made it a tad too breezy to enjoy sitting out with wet clothes on.
The huge indoor space was then entered, with me trying to practice writing again and Mike probably catching up on some soccer news 😜 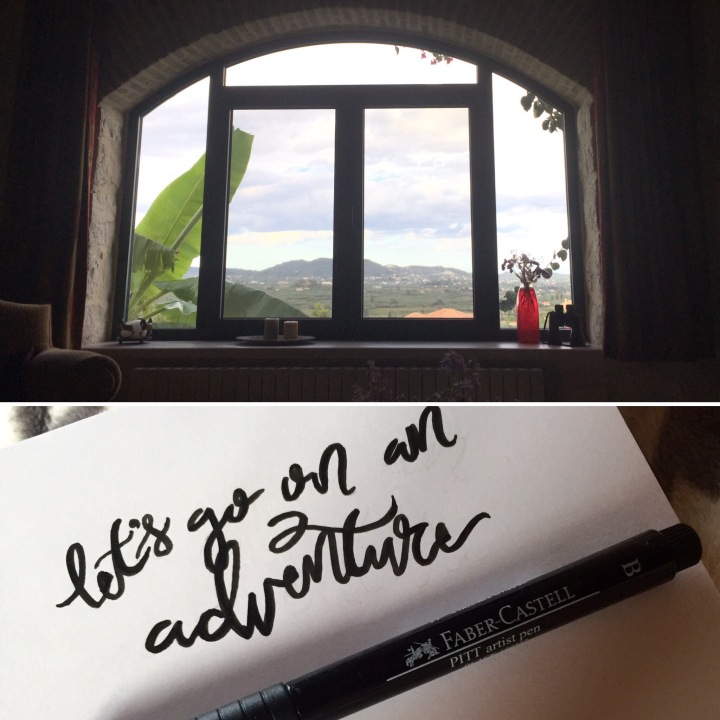 All with this view to glance up at every once in a while.
Mike had asked the villa owner where a good place to eat was and he said there was one nearby, so it was decided our early anniversary date night would take place that evening.

We dolled up, took the appropriate amount of pre dinner photos and headed off to ‘Taverna Dennis’.

We sat outside in the covered balcony and started our meal off with some delicious, warm brown bread, drizzled with oil and sprinkled with an array of seasonings and little chunks of salt on the crust. 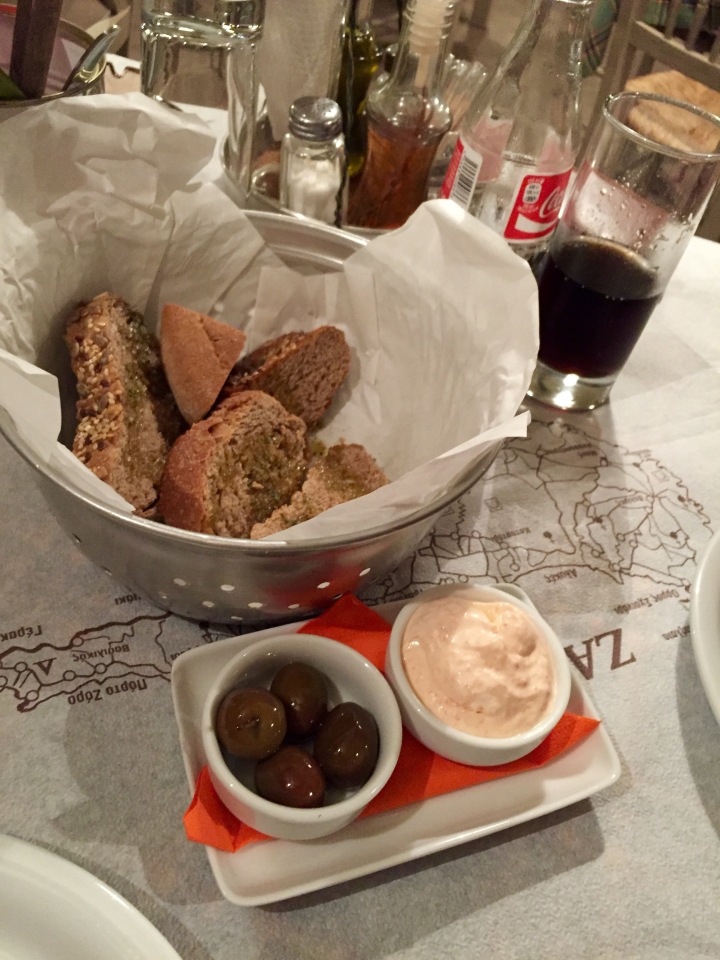 Next up was our baked Gouda and feta cheese with tomato sauce .. ❤️👌🏻

And finally, chicken souvlaki, salad and potatoes for me and a mixed grill plate for Mike.
Both of which were very tasty. 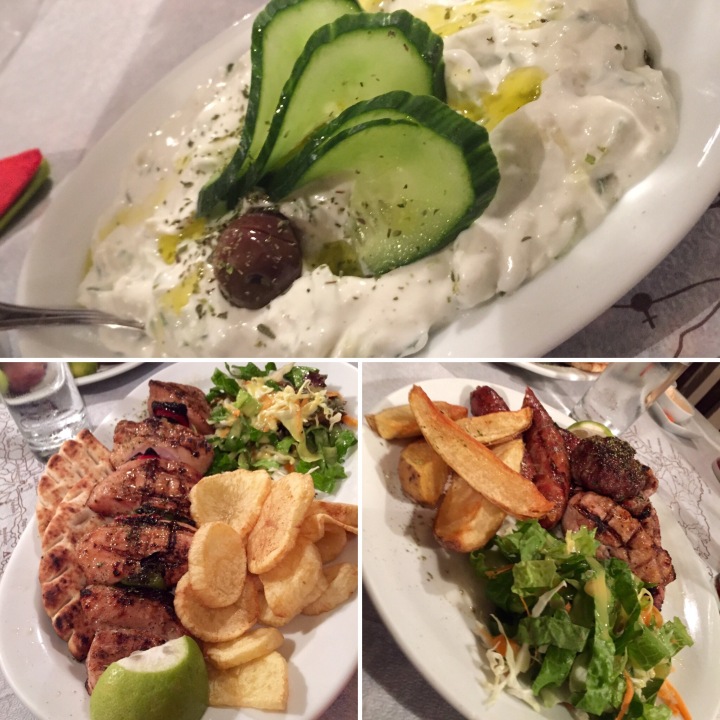 Have you ever had chicken that was sooo tender it worried you if it was somehow a bit raw?
That’s how tender my chicken was, and I’ve since decided that I don’t mind the *not so extremely juicy-tender chicken* that I usually dine off of 😊😋

Most restaurants here serve a simple custard like dessert on the house but that restaurant opted for the healthier choice of a very small fruit plate.
Which also just so happened to be the first fruit we had eaten all week 😁