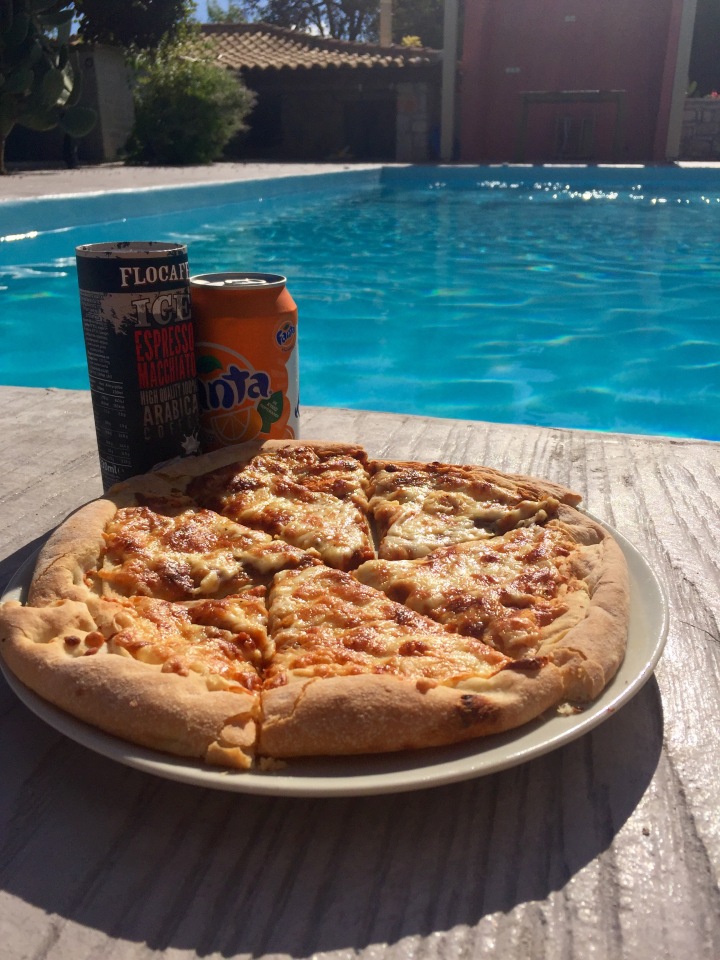 As we ate our poolside pizza, a car pulled up and out came a person of oriental decent, holding a map and having a floppy sun hat upon her head.
She walked past us towards the house (having clearly seen us) and then turned back pointing to her travel plans and saying they got the villa.
Mike in turn pointed to the time it said they got it at, which was 2:00 pm not the current 11:00 am 😳

She walked away and her and her companions stood confusedly for a few moments before we got the free entertainment of watching them try to back up, turn around and leave 😏

Some nicknames of Zakynthos include ‘the flower of the east’, seemingly fitting by the blooms found just around the villa.

There was also a lemon tree and a pomegranate tree but neither were quite ready.
There were a few grapes left on the vine as well but those were mostly overripe 😋🍇

After one last, quick swim the time came to leave and we drove towards Keri, another area of the island.

Turtle island could be clearly seen from the first place we stopped. 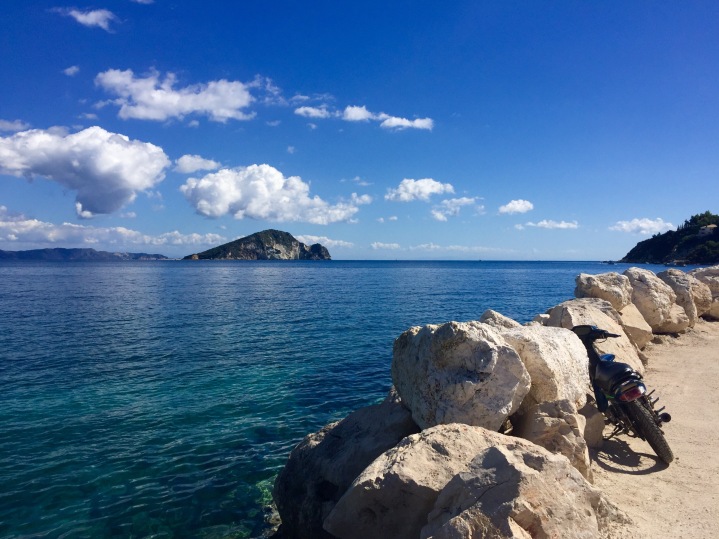 So could hundreds of little minnows among the docked boats, though the picture doesn’t show them well 😔

Hey, even shells are baby’s at one time 🐚💕
We drove on to a lookout point and again our eyes were assailed with epic blues. 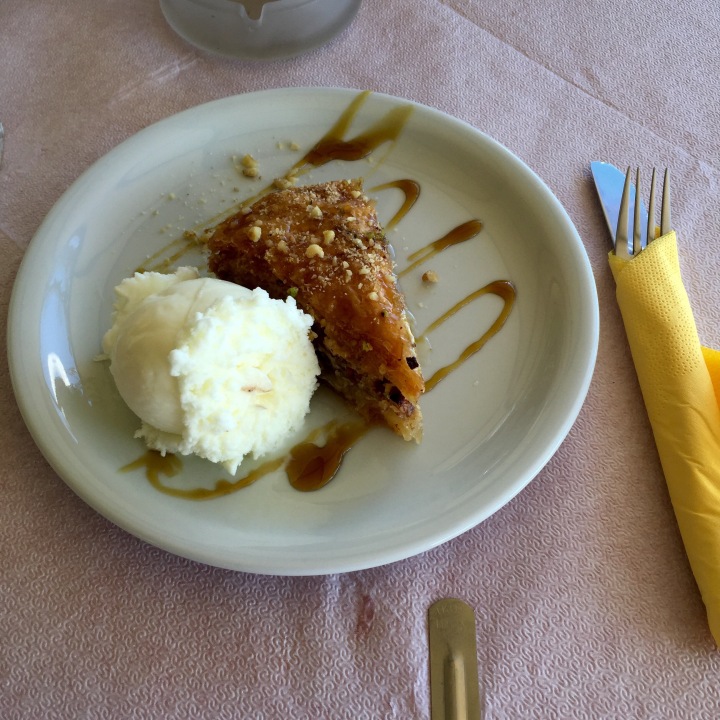 I got the waited for baklava with ice cream, expecting the baklava itself to be heated as it was the one other time I’ve eaten it.
Turns out it was cold and the ice cream was banana flavour! 😖 I hate banana flavour stuff.
Mikes dessert also turned out to be pretty lame and really similar to the free desserts we’d been getting after every other meal 🙄

At least the view was breathtaking 😏

Onward we went in the direction of our next hotel.
We arrived and the lady who greeted us was very nice but the room smelled strongly of smoke so we had to change rooms.
That room also smelled like smoke, the breeze from the bar wafting it allll into our room and the bed was pretty much springs and metal bits with a thin cloth laid lightly overtop to hide them 😏

We left 🙈
We felt bad but we knew we wouldn’t be able to sleep and the next day was calling for rain and it wasn’t a place we wanted to be stuck in sooo we headed back to the nearby ‘Balcony Hotel’ which we had stayed at during the first part of our trip.

They welcomed us back and we were pretty much immediately happy with the decision to change hotels, so happy I had to take a nap to calm down 😏

We asked the hotel owners who they thought had the best gyros in town and since we no longer had the rental car, we actually WALKED to where they had suggested 😜