The much sought after and long awaited day finally came, the day we would no longer be homeless vagabonds but have a place to call our own👫 🏠

It was a process that started at 10:30 that morning.
We first went to the apartment to meet the current owners and look over the place one last time.

From there it was a quick drive to the office where terms, agreements, rules etc. would be read, papers signed and keys official handed over 🗝🗃

I already mentioned in the Jem Moment about us getting the apartment that the real estate guy had told us we would need an official translator for me the day papers were signed.
He then later said that no one actually wasn’t required.
We hardly sat down at the office with the realtor and owners before we were told an official, court ordered translator was indeed needed and we couldn’t go on without one 😳

Thaaaankfully there was a way around part of it, allowing us to still get the keys as expected but not having it be officially, 100% OURS until a translator could be present.

Hand shakes, keys handed over and it was (almost) ours! 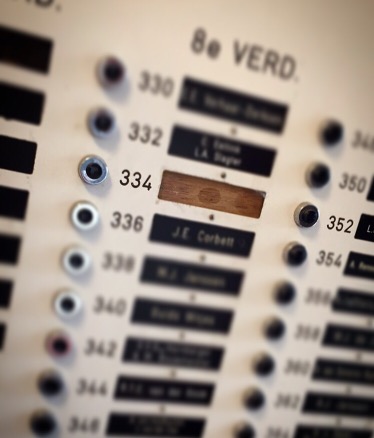 We drove back to the apartment to look at the color samples I had picked the day before, Mike measured the bedroom with himself to see what size bed would be best 😋

We then needed nutrition, well…McDonald’s. 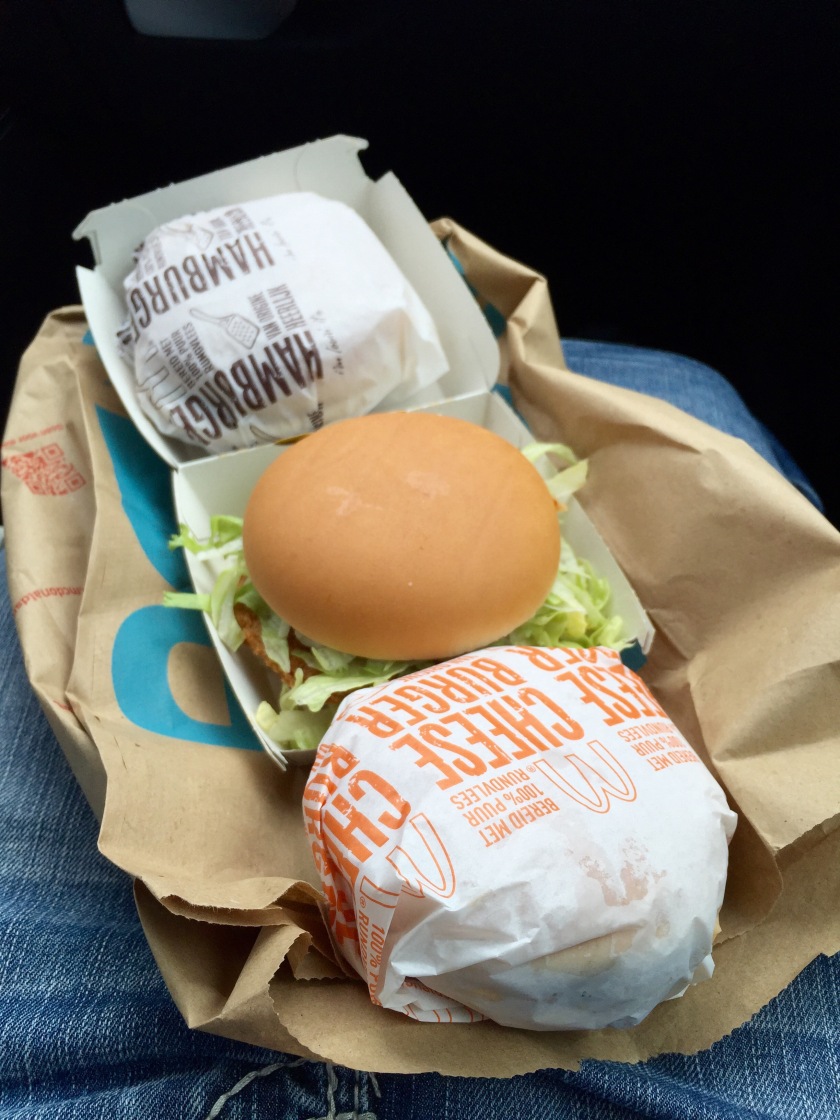 To the paint store!
Where our first helper was not very helpful and told us to just go pick a different color then the one I was asking if there was a way to darken juuuust a little 🙄
We waited and another employee came out whom we went to speak with.
He was helpful 👌🏻🎨

Paint, brushes, trays etc. were purchased and we went back to the apartment to splash some on the walls and see what we thought.

It’s normal when people sell a house here that they take all their light fixtures with them.
So we couldn’t do a lot before it got late and was too dark to work.

But we did decide we really liked the emerald greeny/ blue for the bedroom and I was left undecided about the chartreuse I had picked for the living room.

In the bad evening light and only one coat of paint it looked awfully yellow and that wasn’t soo much what I was hoping for.
How I long extra lots for my mother or sister to be able to pop over in decision making times like that 🙄❔😔

Mike found a slightly scary, dust and web covered furbee up in the closest 😬

He worked on some painting and taping and I got the insides of the cupboards scrubbed out before we called it a night, went out for a celebratory ice cream and snack and then went to bed with thoughts of the next day’s happenings. 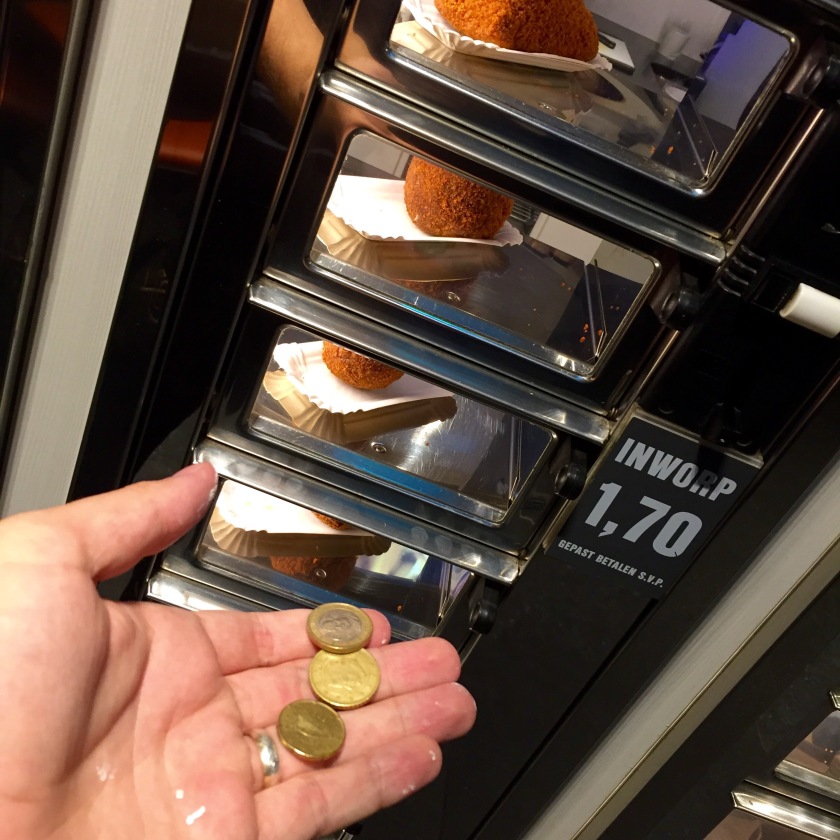 It was my morning task to decide on the green/yellow wall color and if I wanted it or if it should be painted over with white or some other color.

I painted another two coats over our test patches and it dried more green, so eventually, I decided to go for it😎
If my living room makes other people throw up, so be it 😜

The freezer had been defrosted so it needed emptying and scrubbing… 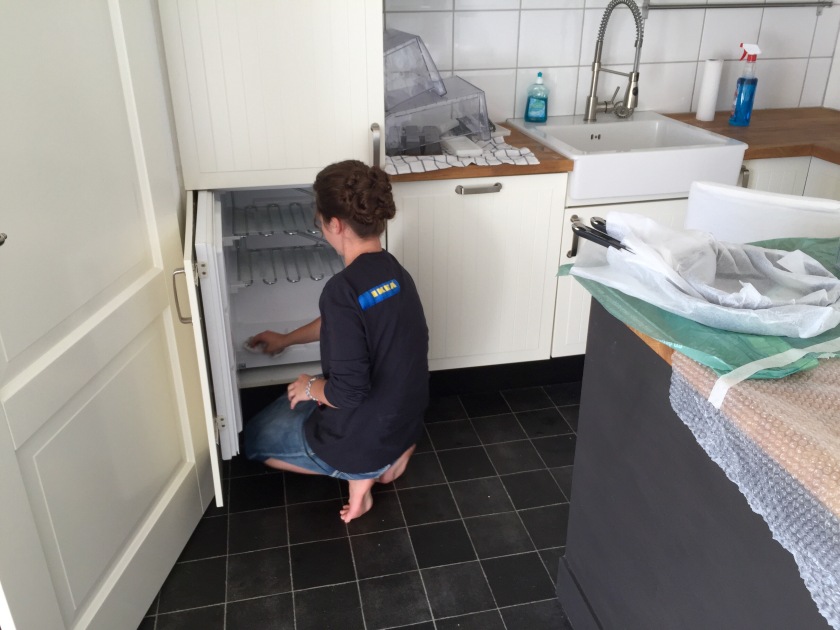 Other people’s fridges/freezers freak me out 😬

Mike got most the bedroom painted before we had to go back to the office as a translator was available.
So over one hour was spent there, having Mike be read to by one person, and me another.
A small Russian lady actually, with the weakest, squishiest handshake I’ve ever had the displeasure of experiencing 😖😝
Then, papers signed by all, and bam!
We own an apartment.

We needed food before continuing on with renos so snacks were again gotten.
Mike introduced me to a NEW Dutch snack the previous evening.
Seasoned rice and meat, breaded and fried, a ‘Nasi-Bal’.
Sounds and looks weird, I love it 😜

I remember quading to the forest with the fam. to look for the small, thorn covered, baby size chestnuts when I was little, but I didn’t realize they grew so big.

Back to work we went.
Painting and cleaning and making use of the one light we had borrowed from Opa until we got our light fixtures installed 😁

(IKEA shirts are curtesy of Mikes short stint of work there, they are super comfortable 🙈😜)

5 thoughts on “This Home Reno (not) Sponsored By IKEA”