Got a blog up quickly and then we went out in search of groceries.

Makro was once again visited (the Costco like store that we went to so we could stock our fridge, freezer and pantry at the start of our marriage).
This time we went for only a few larger items and lunch, though lunch wasn’t that great of a meal 😬 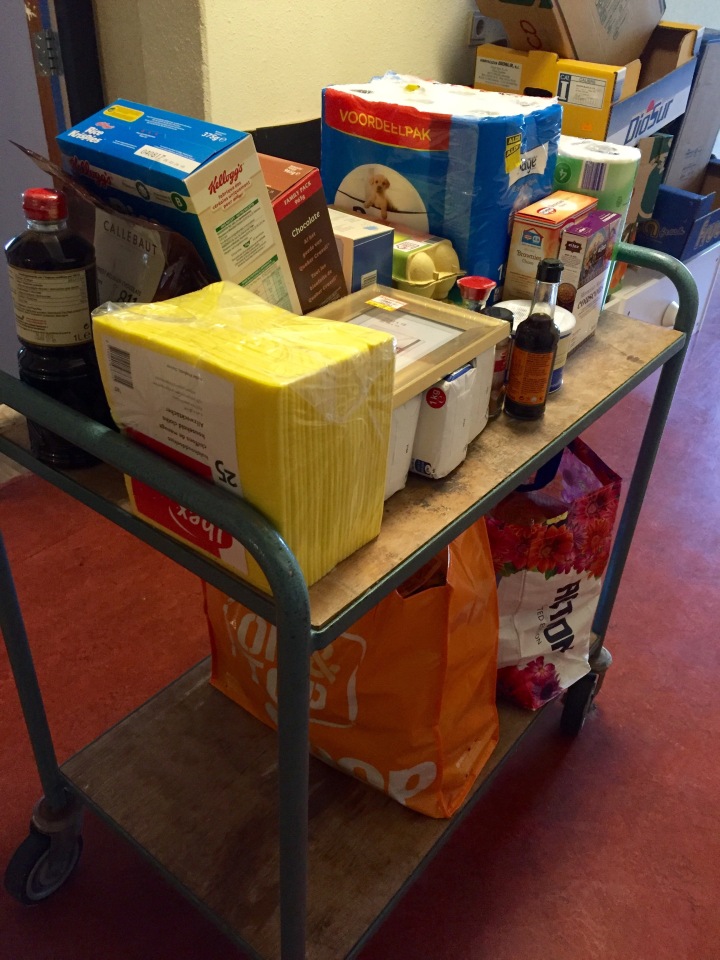 Mike began work in the guest room.
The bed currently sat at a height that was covering up most of the window so I wanted the bed to be lowered to just below the window, allowing more light, a cozier space with a ledge and still space underneath the bed for some storage 😊 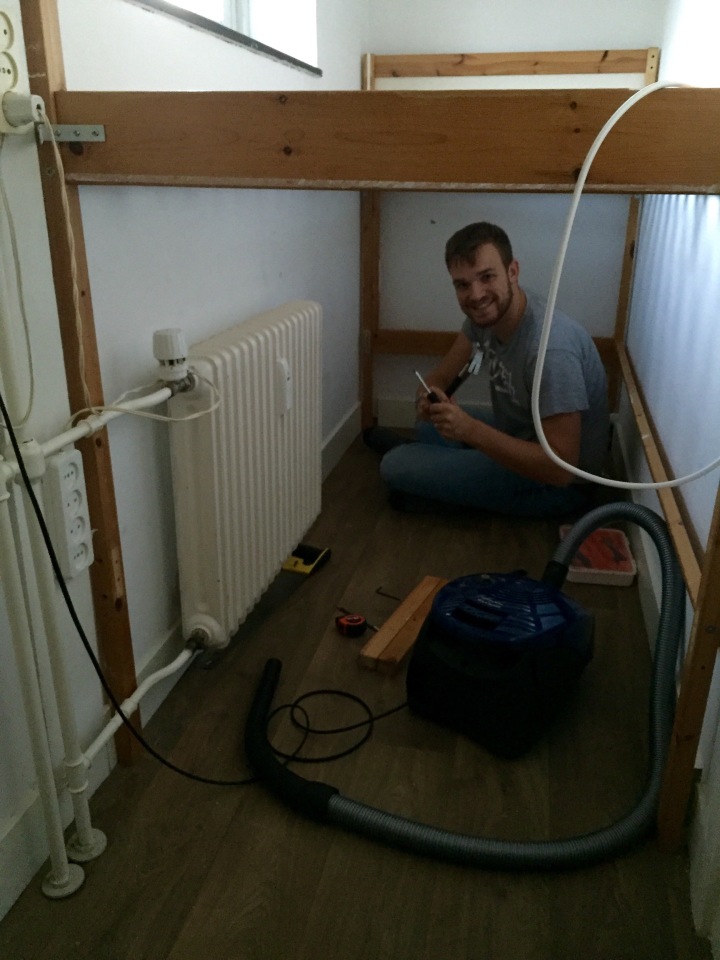 As he finished that up I began the preparation of our first meal, a simple taco salad because moving, no matter how little you think you have, is tiring 😜

After dinner we went over to John and Inge’s to pick up more items, as well as Fiji.
Animals are allowed in the apartment but we plan a trial period for him since he’s been used to being able to run around outside all day and on the 8th floor he’ll now have a little bitty balcony and we don’t want complaints of him meowing if that’s the case😁

Every move we’ve had we have had to decrease the size of our bed.
Going down from a queen, to smaller and now even smaller so there is a little more walking room in the bedroom.
Fiji has had to decrease his tromping grounds, going from a wildlife area with a river and trees, to town with some strangers yards, now to a balcony without even a plant on it.
Something is seeming a little backwards in our moving methods 😏😜

Mike had to run to the store for I don’t remember what, but it wasn’t tooth brushes😂 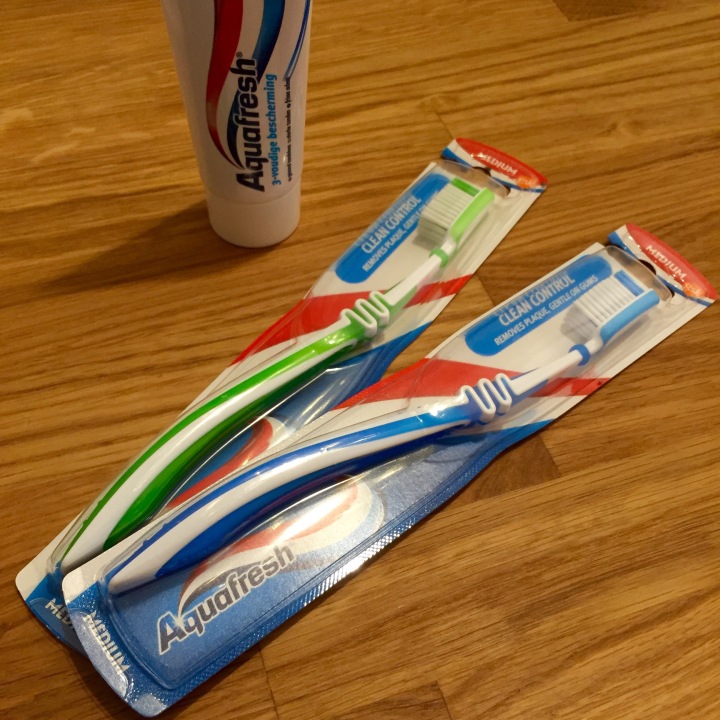 He came back and was like, ‘ yes, mother Mike got us new toothbrushes because it’s time to replace them Jess.’
It’s true, but sometimes the things he returns with… 😏😋
The first bedtime came, Fiji was locked away, curtains were drawn and the move was officially official 😁💤

I got up and at’er pretty quick.

The guest room needed scrubbing and painting so I put on a pot of coffee and got to it.

Removing grime from the window and double-sided tape (?) from along the edges of the bunk bed.

Fiji had his first adventure onto the balcony and it freaks him (and me) out.

One minute he won’t go near the ledge and scurries along the side near the apartment and the next he is sticking his head, shoulders and paws as far through the railing as he can 😣

Mike made us a late breakfast of fried eggs and bacon, oh, and leftover pizza 😋👌🏻 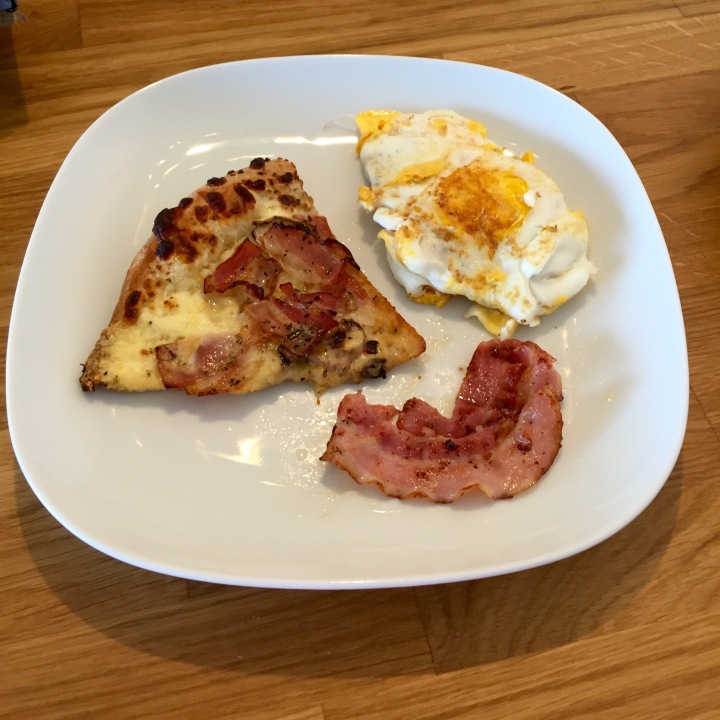 He had to go to the store for the never ending list of things we kept discovering we needed and I stayed and got the guest mattress out of the kitchen and finally into the newly (almost) finished room.

It wasn’t totally finished yet, but we love it.
The window overlooks traffic and lights which look cool at night and during the day if you look juuuust right you don’t see the traffic and it looks like we live in nature, with a pond, trees and ever present birds flitting about being the view.

Opa came by again to help us some more, installing the light in the guest room and hanging the mirror.

This picture shows only some of the screws and odds and ends we have acquired by simply REMOVING things the previous owner had added in. 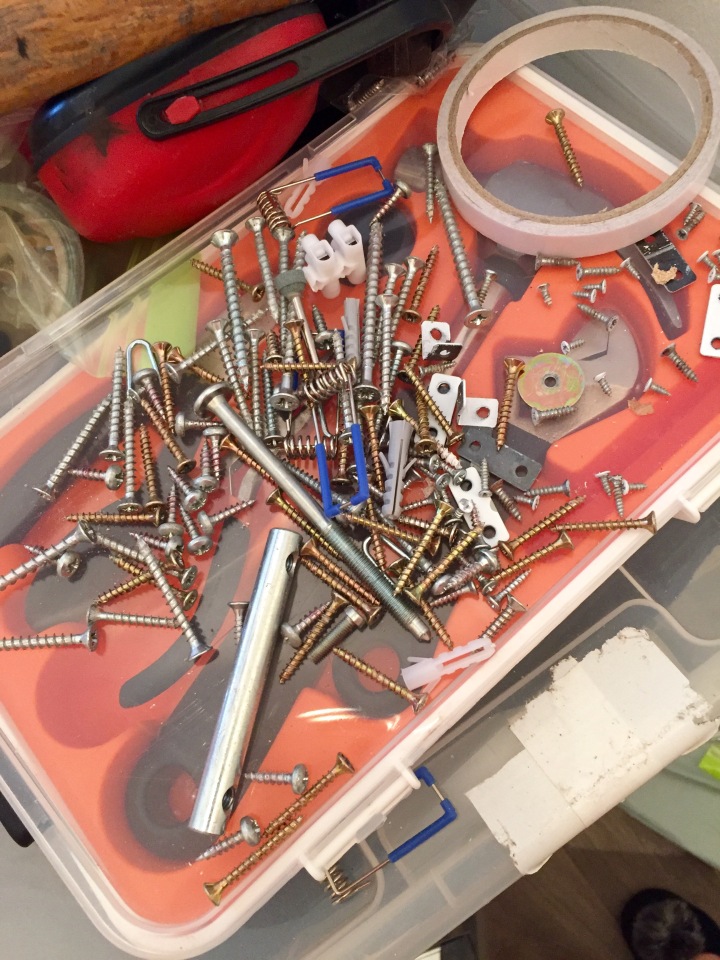 Whether it be a wooden box to hide a pipe that was never seen anyways or some added stability to something that was already fully stable 😜
Oh well, we didn’t have to buy any screws at least 😆🛠🔩

Green beans, pork schnitzel and fried/mashed potato’s was our supper and then we got to work cleaning up the fully completed guest room.

Taking everything out, re-washing and dusting, vacuuming, mopping and then beginning the task of unpacking our clothes into the closests.