At our wedding, we had guests write down something we should do for an adventure, things to add to our bucket list so to speak 😊

Now, some of you didn’t sign your names, if you see a card that’s yours, please let us know! 😄

Starting off with this card from… oh that’s right, we don’t know who 😏
I do believe this blog counts as a journal 😉👌🏻

Ah yes, the road less traveled, also known as Mikes favourite place to go 😏😜
This task is checked off a little more every time we go somewhere, Mike loves not listening to the GPS.
It is fun to do sometimes though and we never would have been able to say we went on a road notorious for robberies at gunpoint and thieves stopping tourists in their cars had we stuck to the normal routes 😏

Well nameless card, we sure did, Greeeeeece! 😍 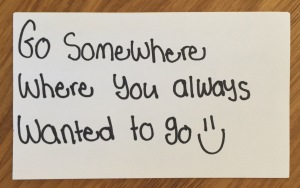 Ah yes, a gondola ride in Venice. So, we didn’t actually do this one, but we could have 😬
We considered it but all the boats being paddled through the water by haggling men calling out to whomever they could was in the end not what we wanted to spend out money on.
We probably chose food instead 😝

Whom ever suggested this, I never thought it would get checked off the list.
I dream big but even that seemed unlikely to me.
But no one knows what Michiel will search out and be capable of when it comes to travel.

We have done this a lot 😊 and also a bit of the opposite, things we don’t want to do that make us unhappy but I believe that is a thing called ‘life’ 😋

Haha, mom was feeling a little stressed from wedding stuff 😁 But though the trip was not an all-inclusive one paid by us, we did go on an adventuresome trip together to Croatia 😉💕

Well, Amber… we didn’t listen to this card 😬 But it actually was one of the less stressful things we’ve done! More stressful would probably be me trying to cook and Mike hovering 😜

Done! I think our longest train ride was around an hour-long and taking us to Amsterdam 😊

Well, what can I say… Mike is good at not going to bed angry 🙈
And though I have yet to swim with dolphins (still on the list) I did get the chance to pet one and for now I’m counting that as pretty close to accomplishing this suggestion 😉

And that’s all for now folks!
If you’ve been somewhere or done something that you think we should try you can totally still let us know!

We are (almost) always up for an adventure 😉

But sometimes we are just too tired 😜 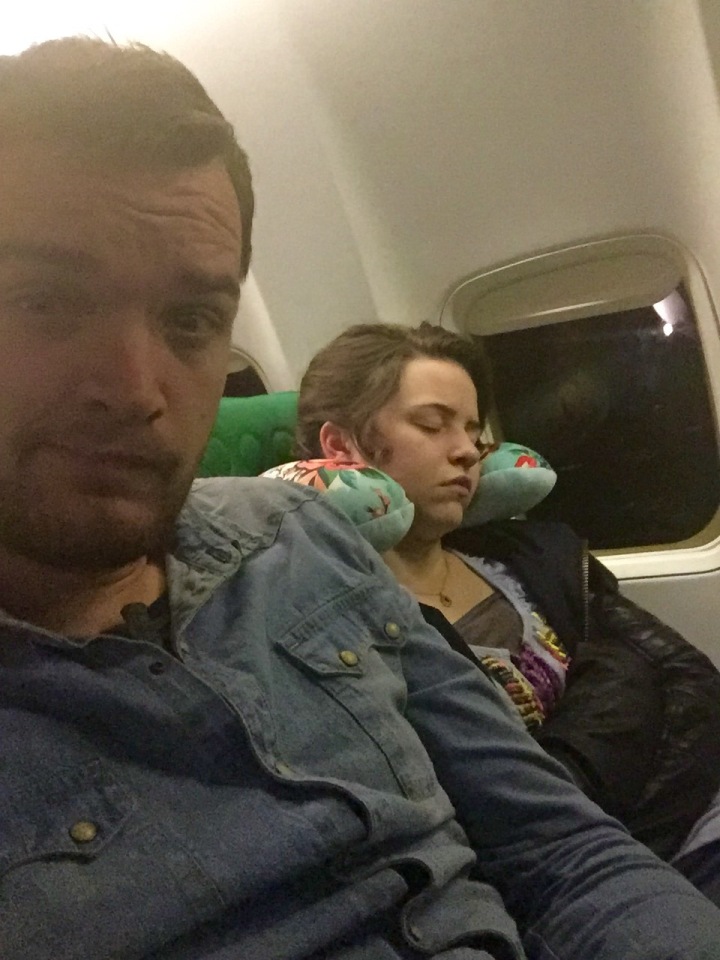 One thought on “Jem Moment: Suggestions Took… And Disobeyed”