Mom and I had a small chat with Pro that morning as we sipped our coffee and I awakened a little more.

Once our talk with her was finished we drove over to Becca’s to go for a walk with her and Spencer… the things that time apart from each other can change, like me going for a MORNING walk 😏
A 5 km speed walk was taken on the snowy road behind the house 🏠❄️👭🐶👩‍👦
(and I do mean speed, mom and I may have short legs but that doesn’t mean we can’t move😜)

Once back at the house, mom began concocting some ooey-gooey delicious chocolate cornflake dessert. 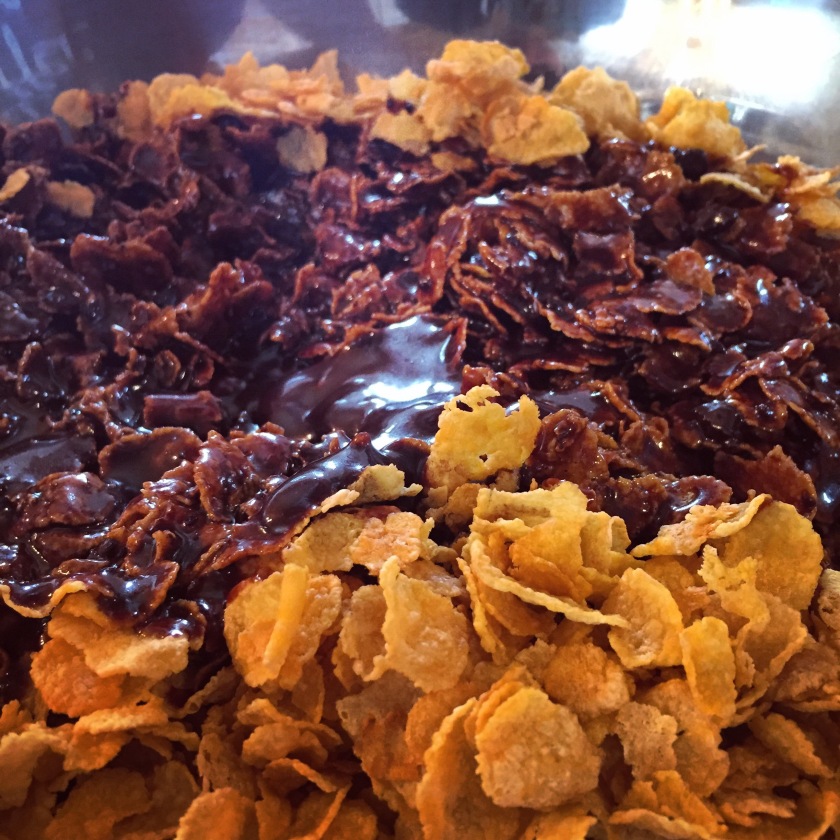 I had wanted to make them in Holland but hadn’t been able to due to no corn syrup.

I worked on the blog throughout the day, determined to not get too far behind and cause unnecessary pain in catching up.

Afterwards, Mike began making some sweets of his own.

Very thin, buttery, Norwegian cookies that he made once before while we were dating. 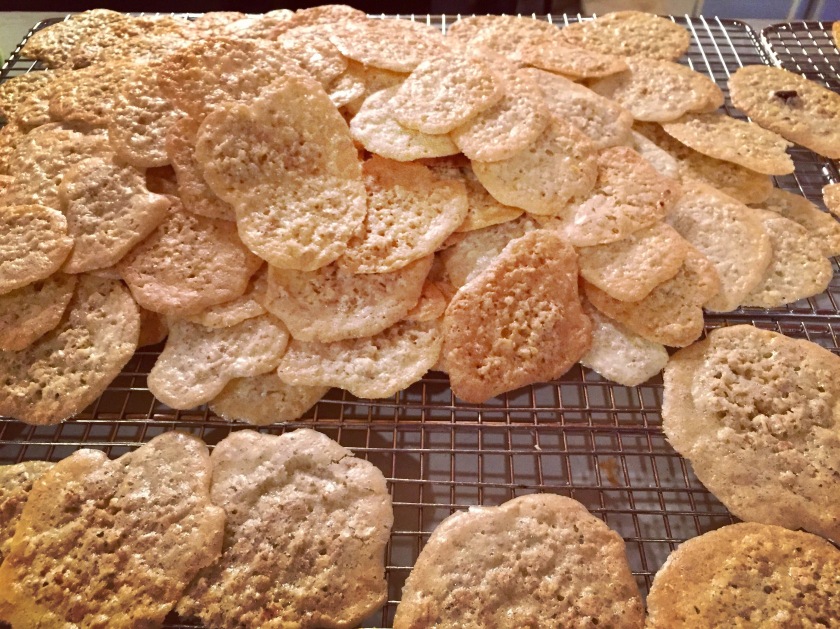 They are delicious, though extremely time consuming, so the perfect thing for him to spend the day on 😉😋

Supper was barbecued steak by Mom, fries, veggies and toast.
Something Mike had been looking forward to since we booked the tickets and if we had closed our eyes just a little too long, his steak would have been gone completely 😜

Our variety of sweets was picked from after dinner and then Mom got Mike to create a yarn loom for us to try a craft with sometime. 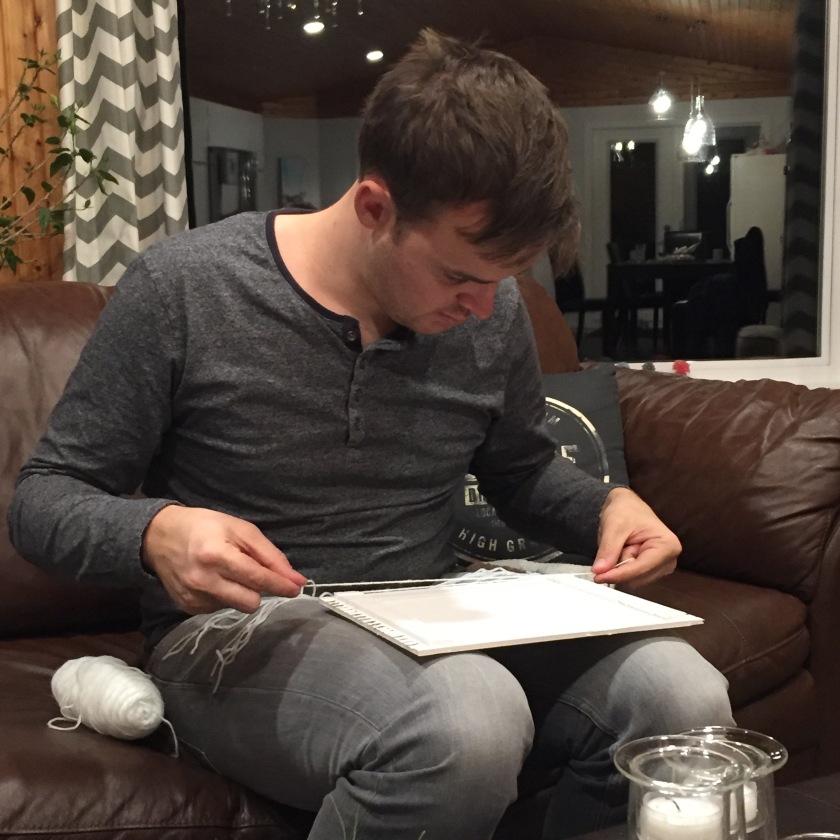 He’s perfect for those meticulous jobs no one else wants 🙈😋

Eventually we all made our way downstairs to start watching ‘Everest’.
We felt stupid saying we were cold, while covered in blankets, inside, while watching people die from the extreme weather conditions (which they willingly and stupidly submitted themselves too). 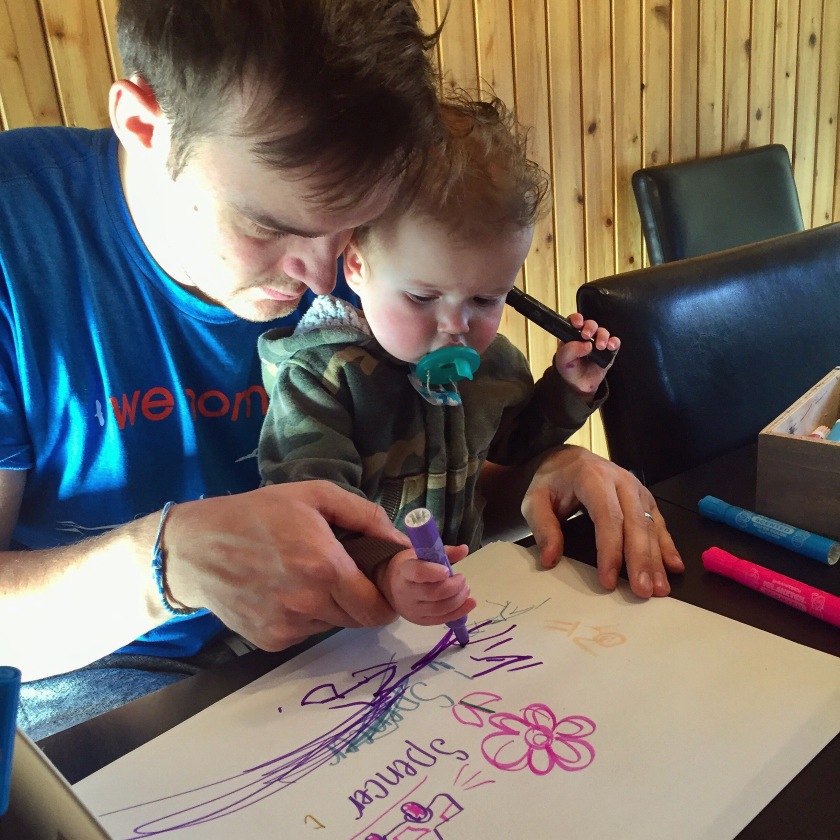 Rebecca returned to get Spencer but before they left the five of us went out for a little walk/jog.
The weather had changed drastically from its previously cold weather warning temps of -40 Celcious and was now a balmy -2 so it had to be taken advantage of.

The remainder of the day was spent sitting, coffee sipping and wheat bag warming for me, who was achy and tired once again.
Someday this stupid bug will fly away for good😬

Mike attempted to wash the outside of the windows but something is wrong with them and they will not be cleaned, no matter what solution is used?!
Driving both Mike and Mother a tad crazy 😜

Burgers were on the menu for supper and when Mom asked Mike if one was okay he stuttered out an answer of disbelief and hope for more, which he got 😏

Once supper was finished we readied ourselves and headed to ‘town’ (MacDowall) to see what this ‘pickle ball’ game that mom and dad told us of, was all about 🏓

I sat on the sidelines (working on this) and watched the others play, to achy/shy to join in😜
Mike did well and I think he was a bit surprised at what this sleepy little town had to offer 😏