Shainah had invited Mom and I to join her, Carmen and Mel for a little craft day so we headed there for 11:00 am.

Mike was happy to have Reidar to watch some soccer with, someone who enjoyed it and felt the same joy as he for once😜
They left to do their own thing eventually, but not before lunch was served.

A super tasty lemon, chicken soup was given to us along with a sandwich made on scrumptious, warm, homemade, cranberry and walnut bread ❤️🍵🍴 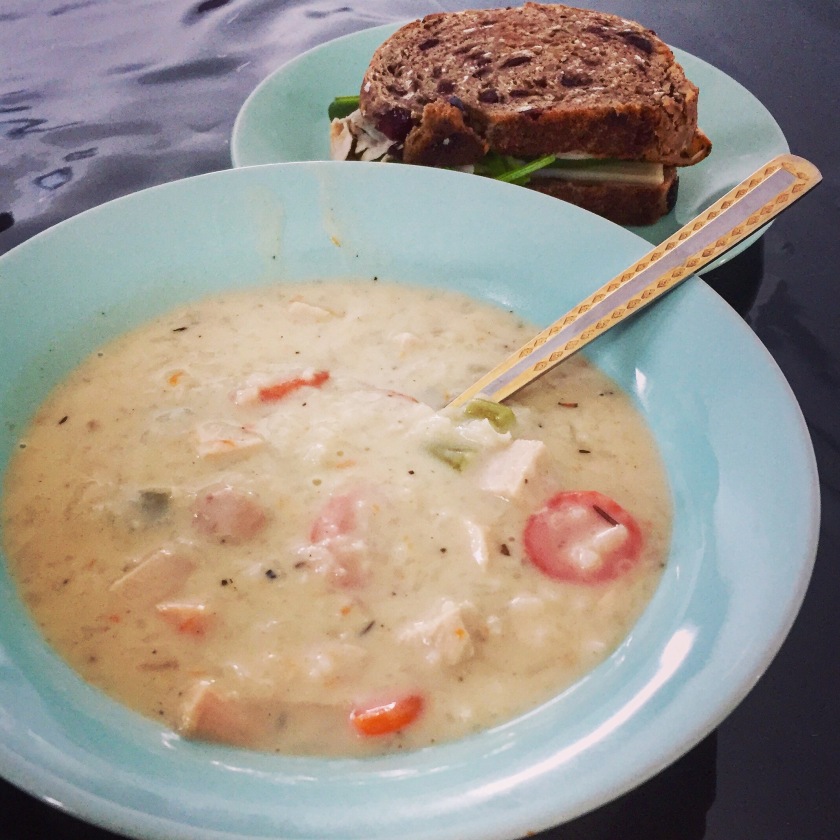 The master crafters I was with whipped up some crazy things for the amount of time we were there. 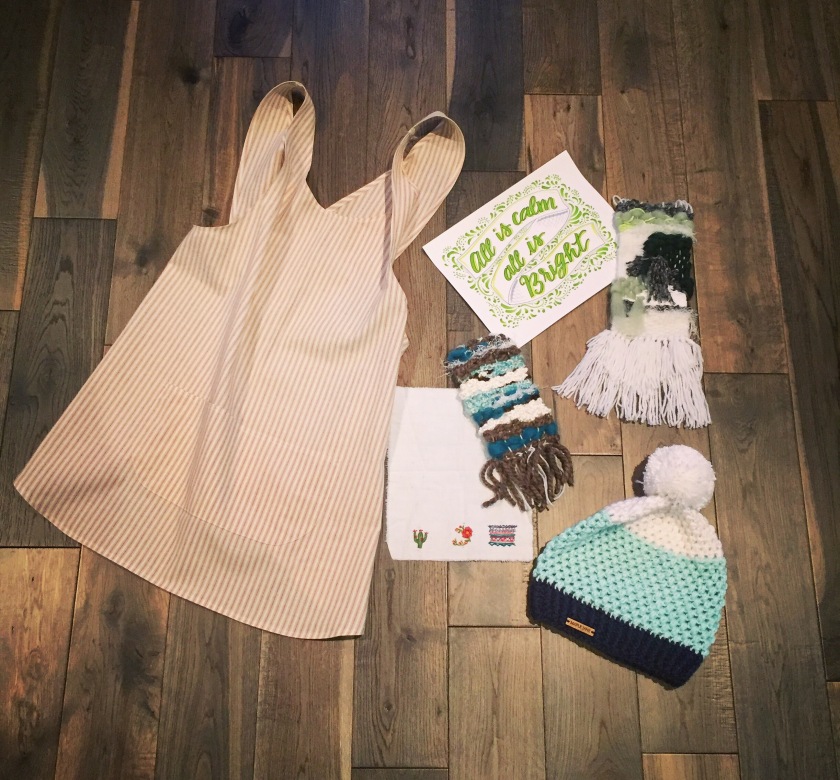 Try a toque including a pom pom, an entire apron pattern pieced together, ironed and sewn, a yarn tapestry perfected and some beautiful lettering drawn out and embellished and a teacher perfecting her upcoming lesson plans for wee brains.

I made some ‘cheater’ stitched designs, meaning I drew them and only added a thread or two for texture 😜
I plan on finding some miniature embroidery hoops to put them in eventually, so they can then be used as a necklace or pin.
So if anyone has seen mini embroidery hoops, let me know! 😬
I also attempted to make a yarn tapestry thing but I don’t know if it’s my calling 😏

We found strength to continue crafting when we were served up a lovely piece of crumb cake, drizzled (poured) with a butter sauce and coffee (or tea for those of us who lack taste buds😉)

Once we cleaned up our things and had to part ways, we met up with Dad in town where we swapped vehicles so Mike and I could take a truck to go have supper at Josh and Kristen’s.

An unexpected guest awaited us there…Mark Hall was visiting.
Turns out he’d flown in the night before so we all had a nice visit together.
Getting to see some of the house progress Josh and Kristen have made and enjoying a dinner of grilled steak, seasoned french bread, salad, cucumbers and mashed potatoes 😁🍴

As we enjoyed some peanut buttery ice cream and coffee, Matt and Levi came over to join in on the fun.
Which was about to begin since we brought out the game of Balderdash 😎
where you’re given a super intelligent, rarely heard of word and each player is asked to make up a definition for it. Then they are read aloud and everyone tries to guess the real meaning. You are trying to convince the other players to pick yours to move forward on the game board.

It was highly entertaining 😏

We visited away the rest of evening, never having a dull moment with the Naber boys mixed with Mike and Mark 😋 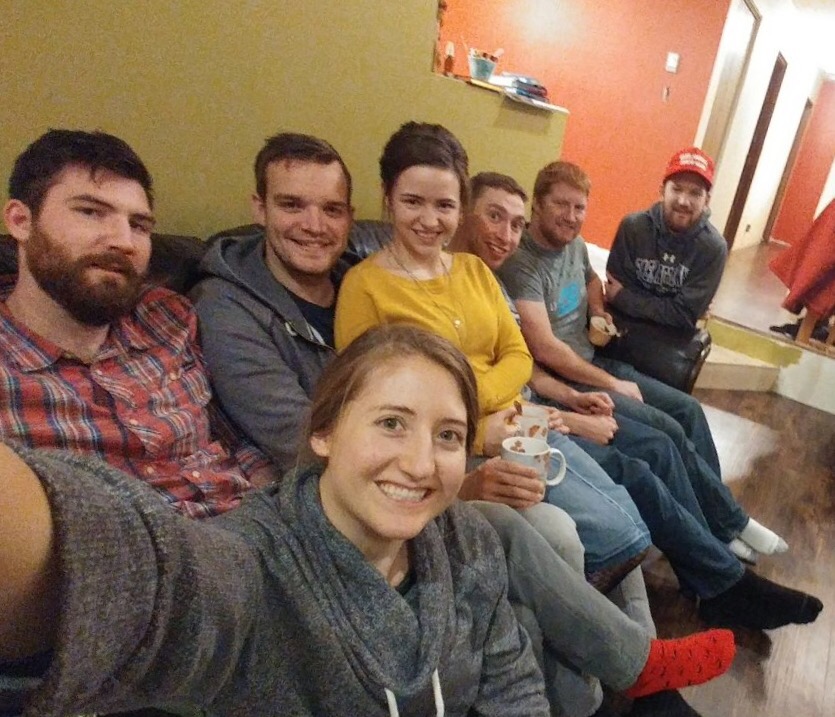 A day of little to no accomplishments 😬

I forgot Mom was working that day so I awoke expecting to have the usual coffee with her and tell her about our evening…but no.

Just Mike and I at the house, no internet, no vehicles, no mom or dad 😳

Soooo coffee was made anyways, kitchen cleaned up, a decision about what to make for supper and then we went downstairs to watch a movie/sort through some clothes that were still in drawers here.

Mike wasn’t feeling fantastic so it was a good day to chill on the couch with blankets and a wheat bag.

Eventually time came for me to prepare supper and soup was made, biscuits mixed, table set and Becca and Spencer came to hang out a little ahead of time 😊

Mom got back from work and we were busy getting supper on the table when I heard a babies voice, that wasn’t the one on my hip…?

That’s when Bryn walked through the doorway, the niece who should be in Arizona 😏🌵

Turns out, mother had not been working but she had been in Saskatoon picking up Pro, Josh and the girls!
Check the previous  Jem Moment : 11 for more details on how the surprise played out and who knew what 😋💕👌🏻

Once the excitement of them being here and them surprising not only Dad, Mike and I but also Nathin had died down, we sat down to have the soup and biscuits as well as the Chester fried chicken Mom had picked up since she knew I wouldn’t have prepared enough for 11 😜

Supper was eaten, sweets too and a constant heightened noise level was the new norm😏🙉

By the time everyone had visited sufficiently for the first night, gotten beds prepared and kids to sleep, we were all ready to hit the hay, in the very full house 🏡👨‍👩‍👧‍👧👪👫👫