Breakfast for the boys was fried plantain with cinnamon and brown sugar atop of yogurt and granola.
Not super exciting but hey, I wasn’t expecting anyone to feed besides Mike and I 😏

Mike was taking a fair bit of time to return but little did I know that the reason was going to be what it was.

He returned with two goldfish, two bowls to choose from and one plant 😜😂💧🌿🐠

We had discussed getting a fish or two on a few occasions but we never did and that morning he overheard me talking about goldfish with Jesse and he decided enough was enough and he’d just get some.

They don’t have names but there’s a few being thought about but if anyone has suggestions, feel free to let me know 😋
(The orange ones a boy and the multi color one is a girl… in my opinion 😏)

Our niece Amy came over for a short visit, followed not long after by Jesse and Sophie.
Since he was back at our place already since that morning, we figured he might as well stay for supper and a movie 😏

But not before we all went over to Oma and Opas for a short visit with everyone.

Once we were back at the apartment the boys watched soccer as I finished up supper preparations.
Can you tell they are brothers? 😏 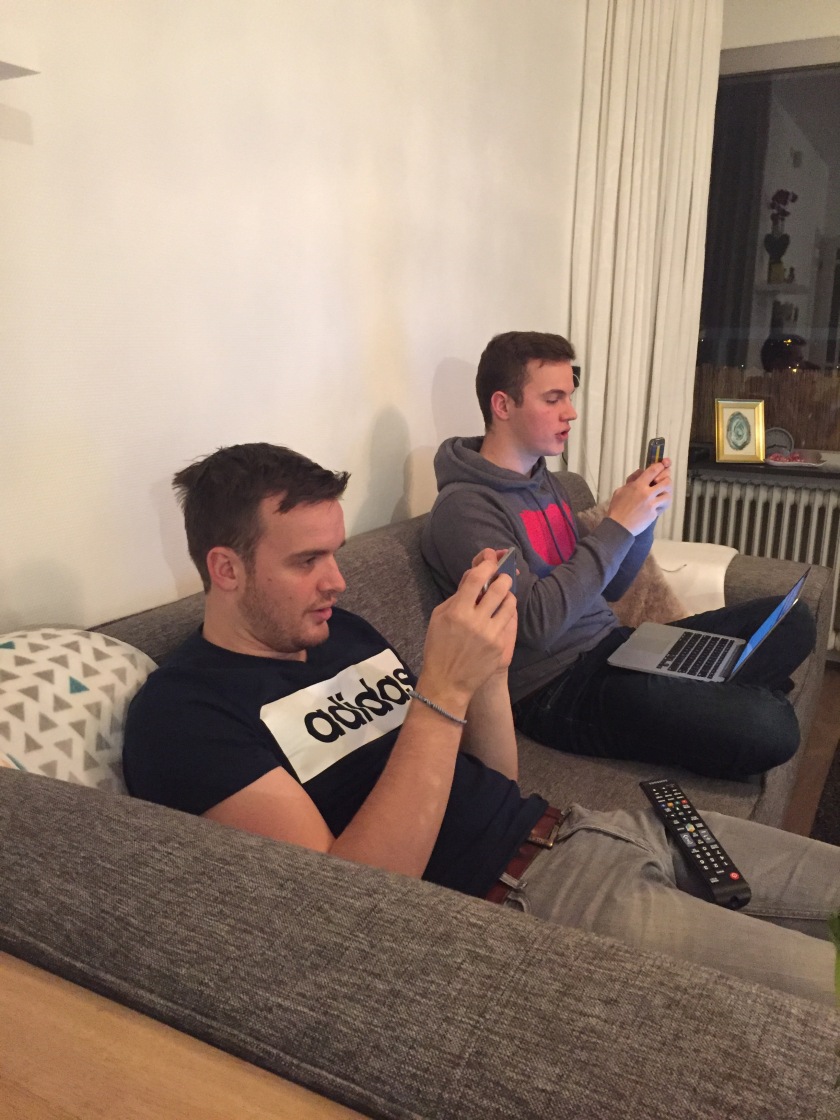 Followed by popcorn and movie about the war called, ‘The State Of Jones’.
It was a bit of a long movie and a tad confusing but it did make one stop to think about how much suffering really did go on, not only during but also long after the war.

It had snowed again over night.

Is that interesting? Possibly I suppose.

After church we were invited over to Mikes cousins to eat Greek food with them and when have we ever said no to Greek? 😁

We had an enjoyable visit there before heading back to the apartment where I took a ridiculously long, lovely nap.
The boys were both amused by the fish.