Out we went and though we never seen as much the last two rides as we did during the first two, there was of course still very interesting moments 😉

Three rhinos crossed in front of us, a female, calf and a male who was trying to keep the female in his territory.

Calves generally stay about five years with their mom and she won’t breed again during that time, so the male was wasting his time.
That didn’t stop him from generously marking his territory as he crossed the road, spraying and dragging his feet through it.
It’s good we were a few yards away 😜

Also, we learnt that the rhino horns actually grow out of the same stuff as our fingernails?!

Multiple impala, wildebeest and giraffes were seen throughout each ride and usually a few zebras as well but that morning we got to see a bigger herd of them, including an adorable little baby😁

We stopped by a thorny bush and Chris pulled off a small branch for us to all take a look at.
It had thorns growing in two directions and the belief behind it was that if a loved one died far away, you could take a branch, capture their spirit with the thorns and then release them by their home. 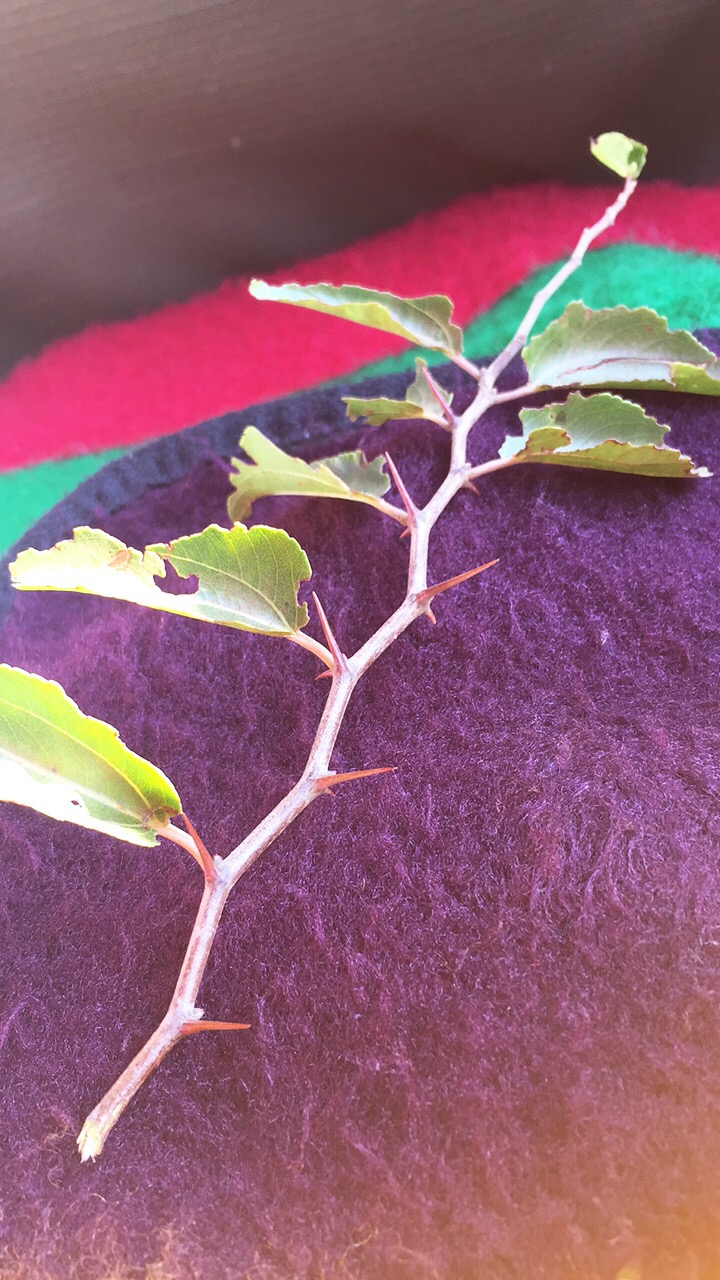 (It only worked if a goat ate the leaves once you brought it back though 😜)
We then got to taste test the leaves, which can be used as a spinach substitute but they were a little bitter.
That had a very interesting reason too.
The first bit tastes alright but the more you eat, the more bitter they become and that’s because the tree literally senses it’s being attacked and it sends out signals to protect itself and that’s when the bitter taste happens.
So if an animals wants a snack, it will only eat a few leaves off that bush before moving on to a different plant.

After that, not much wildlife of any great size was seen, coffee was drank, birds and small animals spotted and discussed.
On our way back to the lodge though, one last male lion was watched walking down the road😊🦁

Right past us it walked, same as the previous two and we were all happy to have seen it.
Just beyond it were two, large bull elephants but Chris seen they were ‘in musk’ and didn’t want to chance being near them 😬
A display of leaves being thrown above a head was seen though… since that’s super intimidating  when you’re an… elephant 😜🐘🌿

We skipped breakfast and opted for some delicious espresso in our room instead ☕️
Having to be packed up and ready to head out by 11:00.
I did my share and left Mike to rest a little while I attempted to minutely catch up on the blog before heading to our next destination, Pretoria.

We checked out, our guide waiting to see us off before we began the two-hour drive to see the Pikes.

We stopped for KFC and I asked for sauce to go with my chicken poppers.

I instead got ‘sprinkles’?
A powder mix which I had to dip my poppers in carefully so it wouldn’t spill everywhere 😋

We eventually made it to their home and I finally got to meet some of the family Mike spoke of so fondly when referring to his previous South Africa visits.
We were warmly welcomed and after some introductions and refreshments, we changed and got ready for our evening at the theatre 😏

(Because that’s the refined kind of people we are now, we mingle and go to theatres 😜)

Off to Montecasino we went. 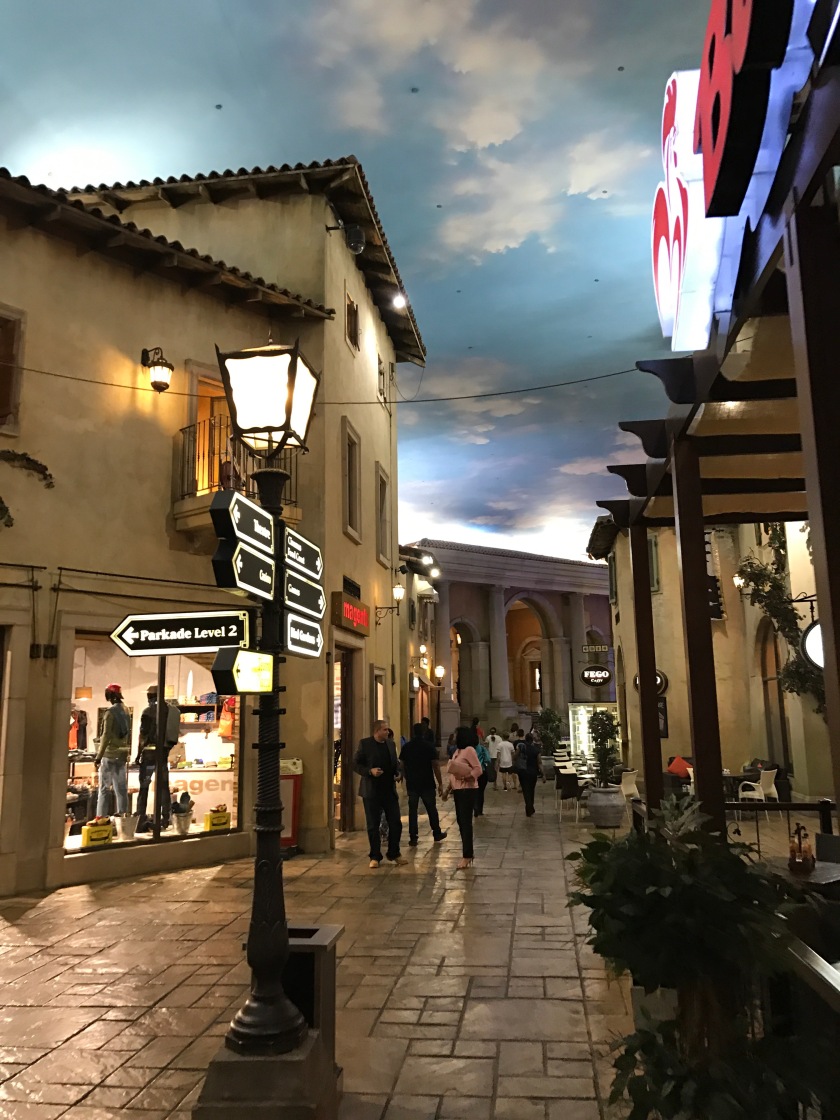 A very large, leisure/casino complex with multiple stores, restaurants and the theater… supposedly it covers 26 hectares of land sooo you can believe me about the size.

We wandered around a little, looking for a South African hoodie for me (finding none) and killing a little time before having dinner with the girls’ uncle and his family, whom Mike had also met before.

It was good! Extremely easy to spill before taking the first few sips… but good 😁🍦

By then it was time for dinner and we sat down with the family, ordering burgers, chatting, and being amused by the three children.
The youngest girl especially, her exuberance and energetic conversation bringing much interest to my end of the table 😋

It began with me drawing her a simple crayon butterfly and it went from that, to her telling me that I was magical.
I think that’s one of the best compliments I’ve ever gotten 😂

After enjoying our dinner together, Mike, the three sisters and I headed to the theatre.

‘The Play That Goes Wrong’ was our entertainment for the night and it was just that.
At least Meghan and I though it was 😜

Mike, Melissa and Caitlyn found moments of it humorous where as the three of them later commented that they could hear Meghan and I laughing through the crowd, so it seems we have a different sense of humour 😋😉

It was pretty corny… but hey, you can’t be serious all the time 😉

And later on cotton candy… taken with on the ride back to the house, which was enjoyed amidst our recapping bits of the play😋