During our trip in South Africa, I ate a cold, chicken and rice salad and though very different than what I was generally used to, I loved it.

Here is the recipe I came up with and I hope someone is brave enough to attempt it and that it’s enjoyed! 😁🍴

Half a cucumber, diced

12 cherry tomatoes to serve beside

Plain yoghurt or tzatziki to serve with as a sauce.

Mix seasonings together and set aside.

Lightly coat a frying pan with the oil you use for cooking and heat over medium-high heat.
It should be hot enough to singe the chicken when it’s laid in as you want a blackened chicken effect.

You will sprinkle the spice mixture evenly on one side of the chicken and lay the seasoned side, down, into the oiled pan, causing the seasoning to slightly char onto the meat, about 2 minutes.

Sprinkle the remaining spices on top of the chicken and flip over to singe that side as well.

Once both sides of the chicken have been seasoned and singed you can turn the heat down for the rest of the required cooking time, so the meat doesn’t dry out.

Dish the prepared rice onto the plates and spoon the olives, cucumber and arugula leaves on top.

*** I know olives aren’t everybody’s thing so they CAN be left out of the recipe… but as a so-so olive person myself, I still enjoyed the extra salty/pickled flavour they gave.

A roasted sunflower seed could be an add in with the olives or used as a substitute for them, so you still get some salty crunch in there 😉 ***
Once the chicken is done it can be added to the plate.

Serve with cherry tomatoes, yoghurt or tzatziki sauce and a slice of lime for some extra zest!

(and bread if desired, which it always is, in our house 😉)

This meal can be eaten hot, or cold!
I found the cold version to be very refreshing in the South African heat. 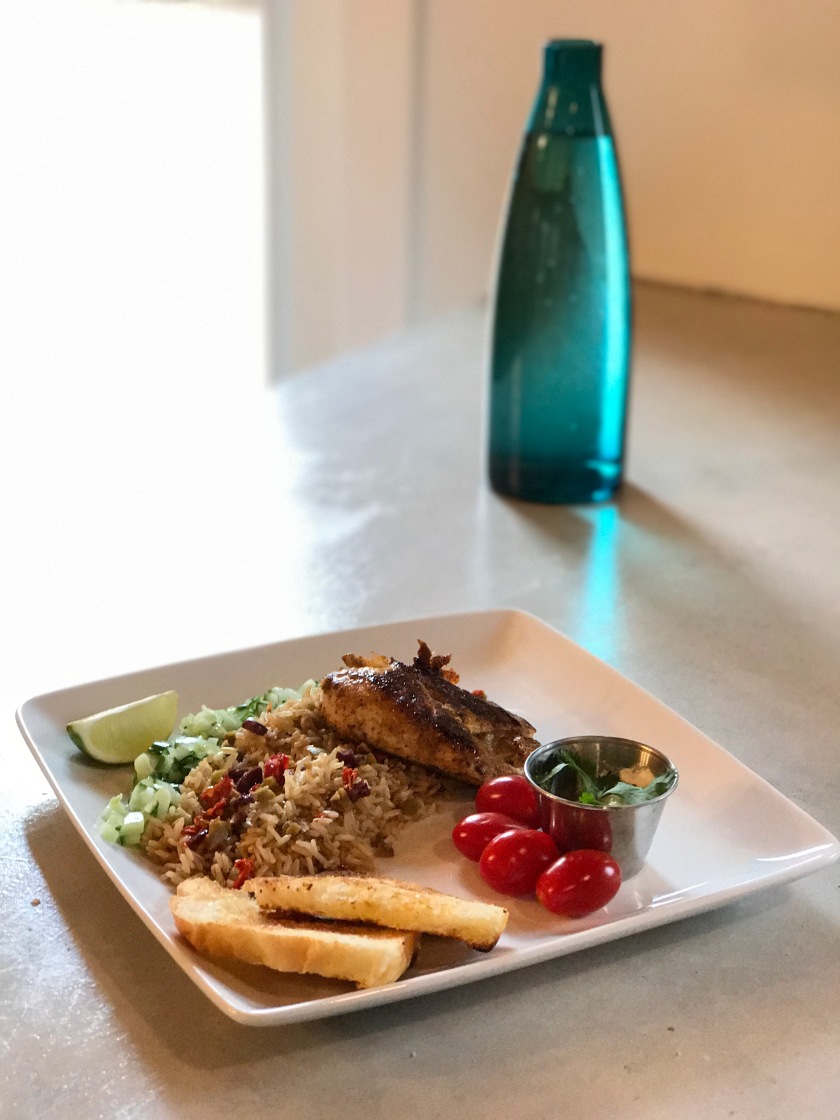 Looking forward to hearing what you thought of it! 😁

One thought on “South Africa Chicken and Rice Salad”