The uneven slope of the floors aggravated Mike so he went to work pulling up the laminate, the linoleum under that and the plywood… and some of the main floor boards themselves, so that he could try levelling some things out a little and get rid of some of the loudest floor creaks 😬

It went from safe, to ‘proceed with caution’ real quick 😜

I have been the main garbage hauler.
We got a bin from Greenland Waste and they brought it to the house and it’s ours to fill for three weeks, saving on MANY a truckload to the dump.

(After… which is usually supposed to look BETTER 😜)

The kitchen cupboards were ripped out and there was no saving them for use in the shop, as they’d been built into each other and excessive amounts of nails used in doing so 😬

The carpet was pulled up from the two bedrooms upstairs and I got to tear down the closets built into them as well.

The laminate was pulled up from the living room, traction strips pulled off the stairs and bathroom gutted 😏

The house and shop are on two town lots, making for a decent chunk of  yard 😊
I tried transplanting some maple trees that were growing under the porch, so we shall see how they do 😋

As mentioned already, Mom and I thinned out the existing raspberry patch and the stalks are now getting leaves so we didn’t go too wild on them I guess 😋👌🏻

The thing about this kind of reno is at least almost anything we do, will be an improvement and make a noticeable difference, right? 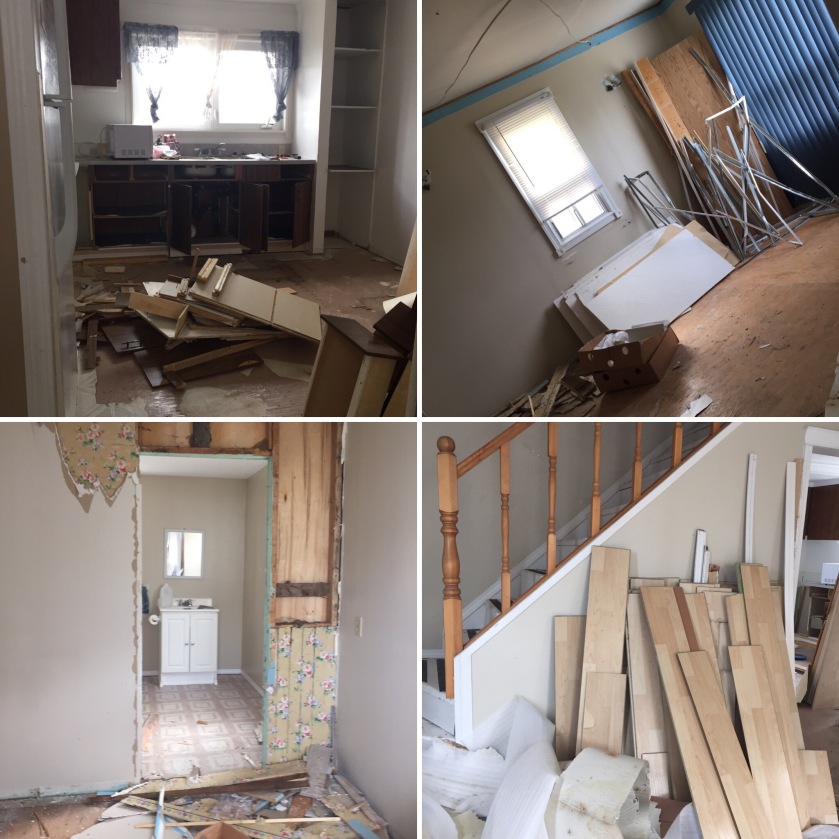 If you have done reno’s before, what would be your biggest piece of advise?