Since there is an over abundance of children around here, Mike and I took our own vehicle to church that Sunday morning.

Michiel was staying at a friends so he could work for some different folks during the upcoming week, so we parted ways and I went home with the rest, to a lunch of soup and melted cheese bread 😁

A nap should have happened but I had to go to our house to sell the wishing well it had, had on the lawn, and the people wanted to come during prime nap time 🙄
Then, they had the audacity to say it was larger than they had expected and wouldn’t be taking it! 😜

Maybe this is a silly question… but wouldn’t you possibly think to ask how large an item is before driving over 25 minutes to pick it up? 😏

The bro was working on some more of our electricity and plumbing and then later he and everyone else came over to Mom and Dads for a snack and the pre bedtime sounds of 3.5 tired kids were enough to send Aunty to the basement to rest her ears 😜

(Baby Sarah doesn’t make much noise so she’s the .5)

As I updated the blog that evening, I noticed the advertisement at the bottom of the page was for the very same, specific place in Hawaii which the sister and I had been jokingly daydreaming about going to.

What’s creepy though, is that we looked on her phone, via Dad’s wifi and the ad was now on my husbands laptop…
I don’t like the internet 😬

A walk/jog was bound to happen at some point in the day as it was a beautiful one, so I prepared some juice for post consumption😊 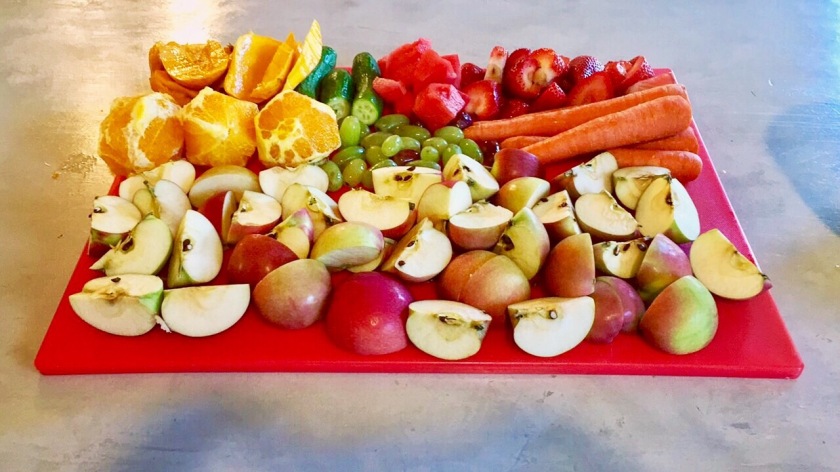 We four girls, along with the sister-in-law and her wee people, went to the paved town for an hour of walking and jogging, each doing one or the other, depending who was on stroller pushing duty 😜

It was tiresome but the good kind and afterwords Mom made everyone sandwiches to enjoy outside. 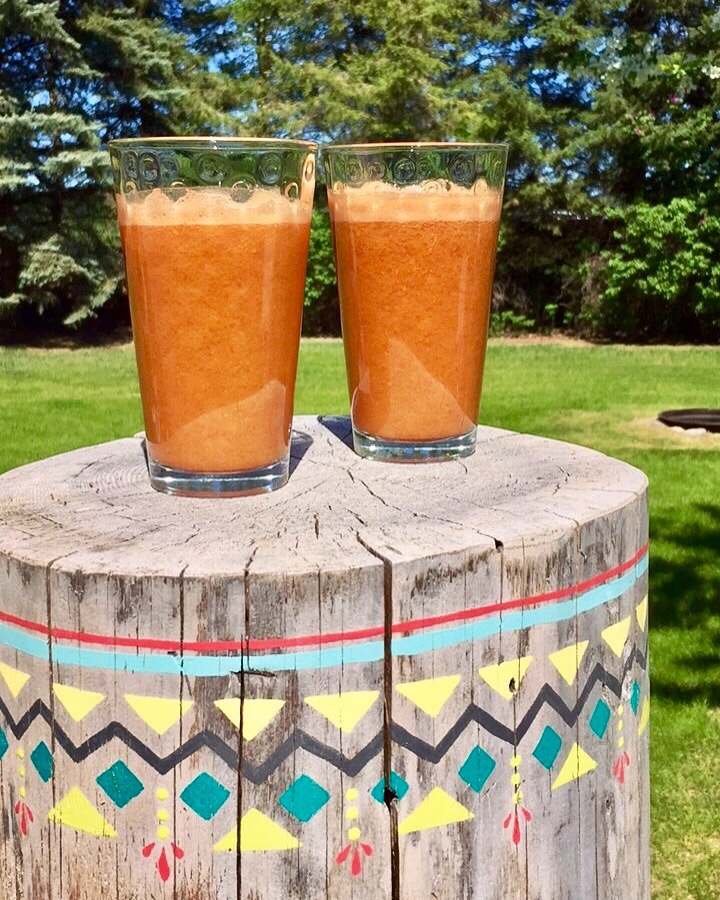 I retreated to my room in the basement to whip up some cement decor, as that’s the only non kid access place in the house at the moment and then I retreated outside to enjoy the sunshine 😊☀️

We all went over to Becca’s for a pizza dinner and it was a tasty and loud affair.

((As I wrote this, I laid between ultra soft sheets (from Costco👌🏻😏), enjoying the silence, loving having everyone here but truly loving the silence I was finally experiencing at the end of my day too 😋💕))

Spencer was attempting to say my name weeks ago but he finally got the ‘ss’ part of ‘Jess’ out, so that was a proud moment 😉😋

Al, the second oldest niece, is an almost constant source of entertainment with how she words things.

The girls were told to pick their toys up after dinner as our visit was nearing its end, and her immediate and chipper response, with a hand in the air and widened eyes, was, ‘Okay! That won’t be like… no problem at all!’

Earlier she’d seen the fairy I bought as a gift for the oldest niece and she very seriously told me, ‘to be careful because fairies were VERY break-iful’ and later in the day when I’d put a roll of tape on my wrist since my hands were full, she seen it and immediately exclaimed, ‘Oh, my, goodness… I love your tape bracelet’ … but the way she said it made us wonder if she wasn’t giving one of her very first attempts at sarcasm??!😂

One thought on “An Overabundance Of Little People”