We were up by 5:00 to prepare ourselves, load the truck and gulp a coffee before hitting the road to go to our friends in Birch Hills, who were letting us borrow yard space for the big, town garage sale day.

The morning was overcast and chilly and we feared we were in for a slow, pitiful day but luckily the day took a turn for the better.
Along with beautiful sun came gusting winds now and then, which proved tiresome for some of the hanging items which were being blown violently to and fro and not staying in place… but it was still more bearable than the earlier forecast😏👌🏻

It was still chilly when Mike and I went to take a peek at the garage sale across the street.
So when I found a sporty, thin jacket, that fit, looked alright and was only three dollars, I was extra pleased to add the extra layer until the sun came out 👌🏻😁

(Mike had been working near that area all week so he had driven to meet/help Mom and I that morning.)

As the morning became more bearable, the people traffic picked up and items began leaving the tables. 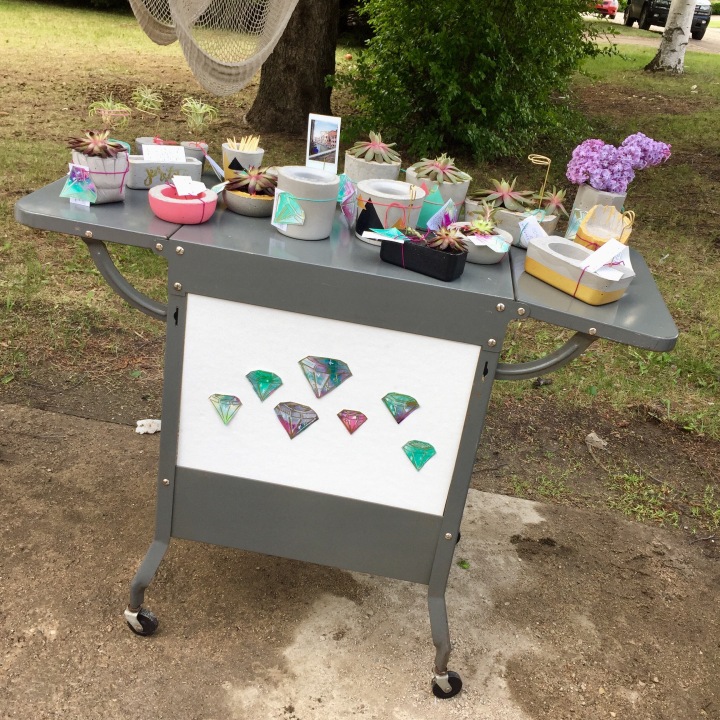 For being a yard sale attraction and not a specifically handmade/new item focused event, I did pretty well with my creations.
Greatly easing the fear of people not wanting any and the day being a bust 😉

Mom took her turn to go out and peruse and then Mike and I went out.
Finding a dresser he bartered down to $25 👌🏻 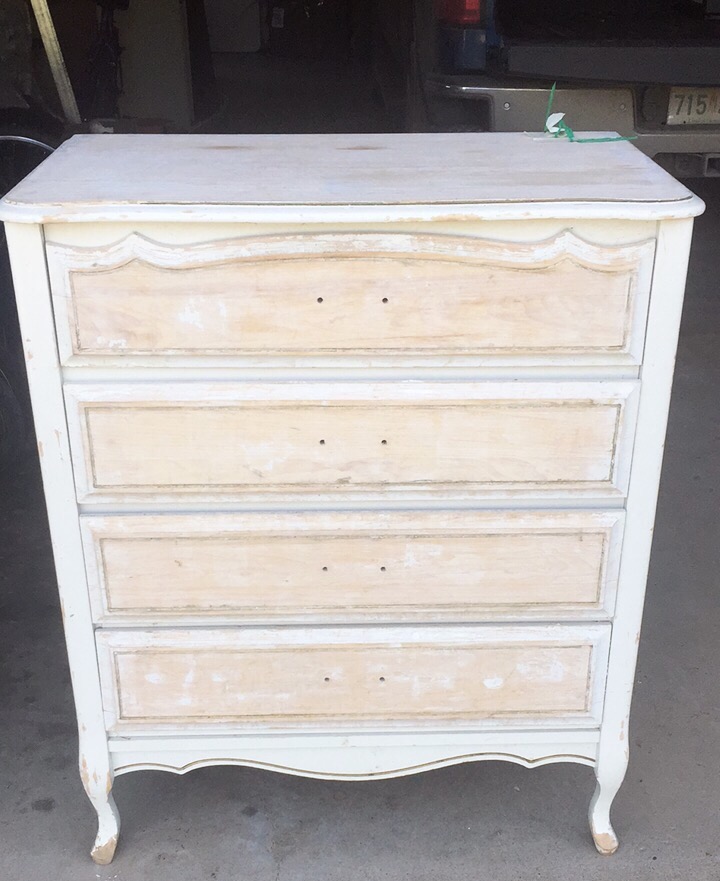 It shall be repainted and go in our bedroom to be 😁

Our host had prepared a super tasty lunch of chicken salad croissants and a fruit tray, which we readily enjoyed 😊🥐 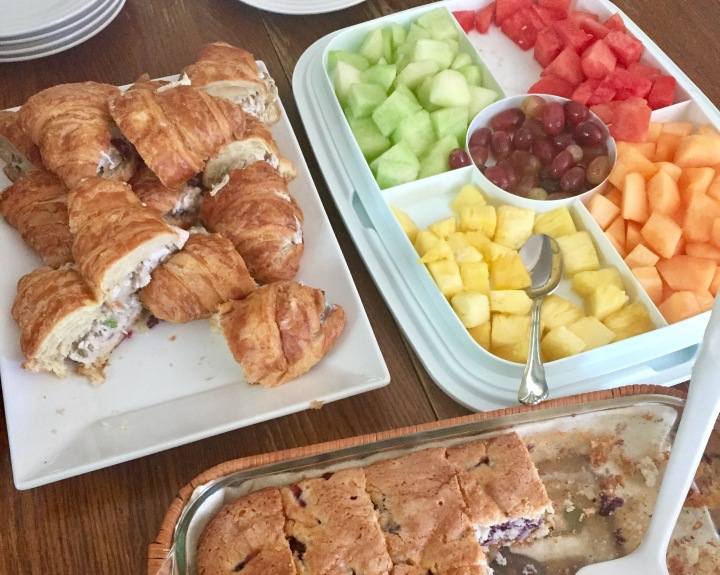 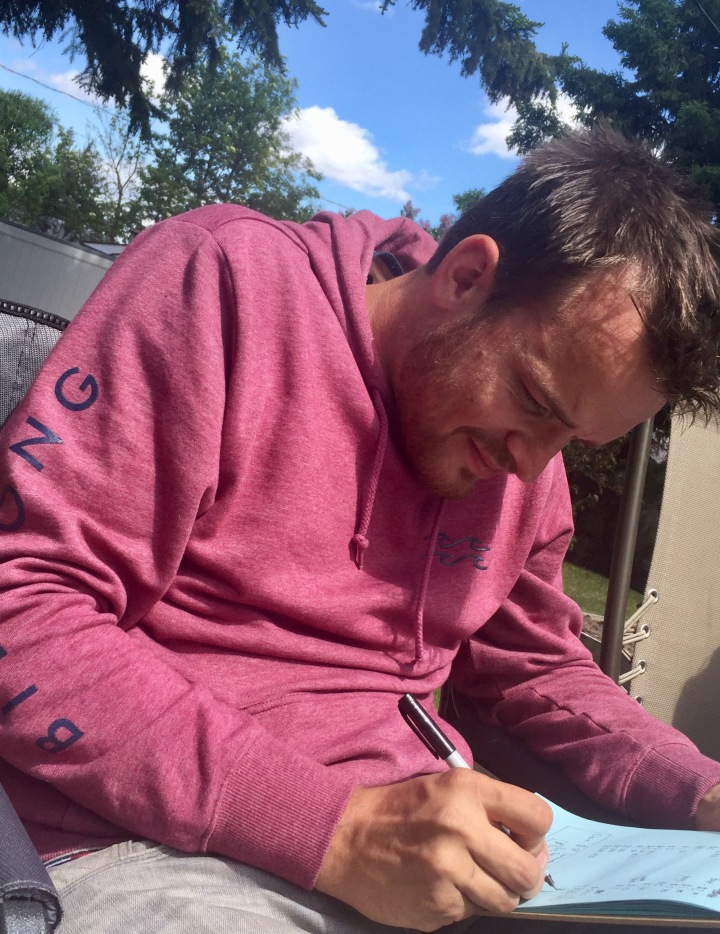 And him not even seeming to dislike the task, but almost enjoying the column making and adding up new purchases is what cracked the rest of us up 📊📝😏

As the afternoon progressed and the traffic slowed, we finally decided to close shop.
Packing up our unwanted items, either to get sold elsewhere or to be donated.
Much time spent towards getting a few dollars instead of throwing things away but it was still worth it to me, even though I had hardly anything for sale 😜

‘Twas a scorcher of a morning and we enjoyed it after a classic bacon and eggs breakfast.

A quick check of the robins nest showed another ghastly looking sibling had hatched and now the two lay together, waiting for the nest to shrink more and more 🐣 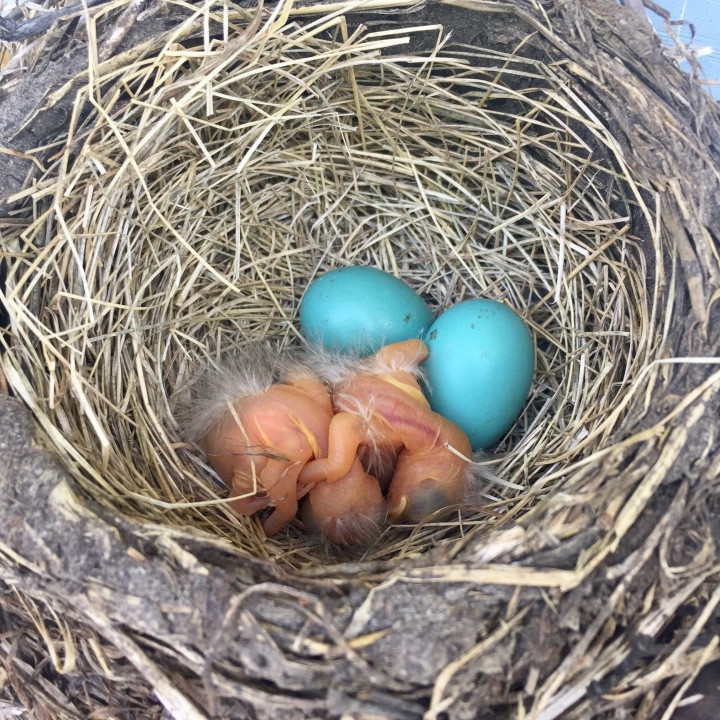 Between the wee-ist ones fever, our driving the day before and different life things, we opted to listen to a message at the house, after which we enjoyed toasted sandwiches the sister had prepared the day before 🥖🌶 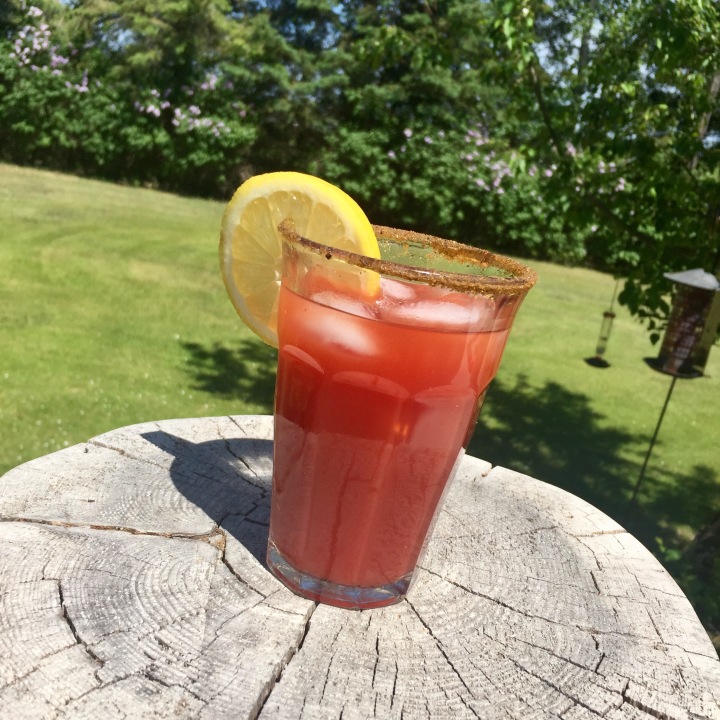 Who’s here that likes Clamato?!
I know it’s an acquired taste, but we introduced all our family additions (bro/sis-in-laws) to it and they’ve learned to enjoy it as well 😏👌🏻

The rest of the day was spent fairly leisurely, until all but Mike and I headed to town for a doctor check up for the baby and ice cream afterwords.

I was a little sad about missing out on ice cream but after hearing their tails of un-productiveness, I was happy to have stayed home 😜

The doctors had either been closed or not willing to see an out of country patient, stores they needed were closed, children unhappy and sunshine hot, thus making the ice creams melt and so on and so forth 😬