It was the first day of cleaning a new place for a client, so Mike drove me into town that morning and worked on errands while I cleaned.

As it was the first cleaning, it took some time😬

Lucky for me they had a super friendly cat which kept me company, following me into every room and trying to catch the dusting cloth 😋
(Unluckily for me, said cat shed abundantly🙈)

5.5 hours of scrubbing, mopping, vacuuming etc. later, the hubby came to pick me up, bringing with him, a gratefully received iced caramel macchiato with extra espresso 😍🙌🏻 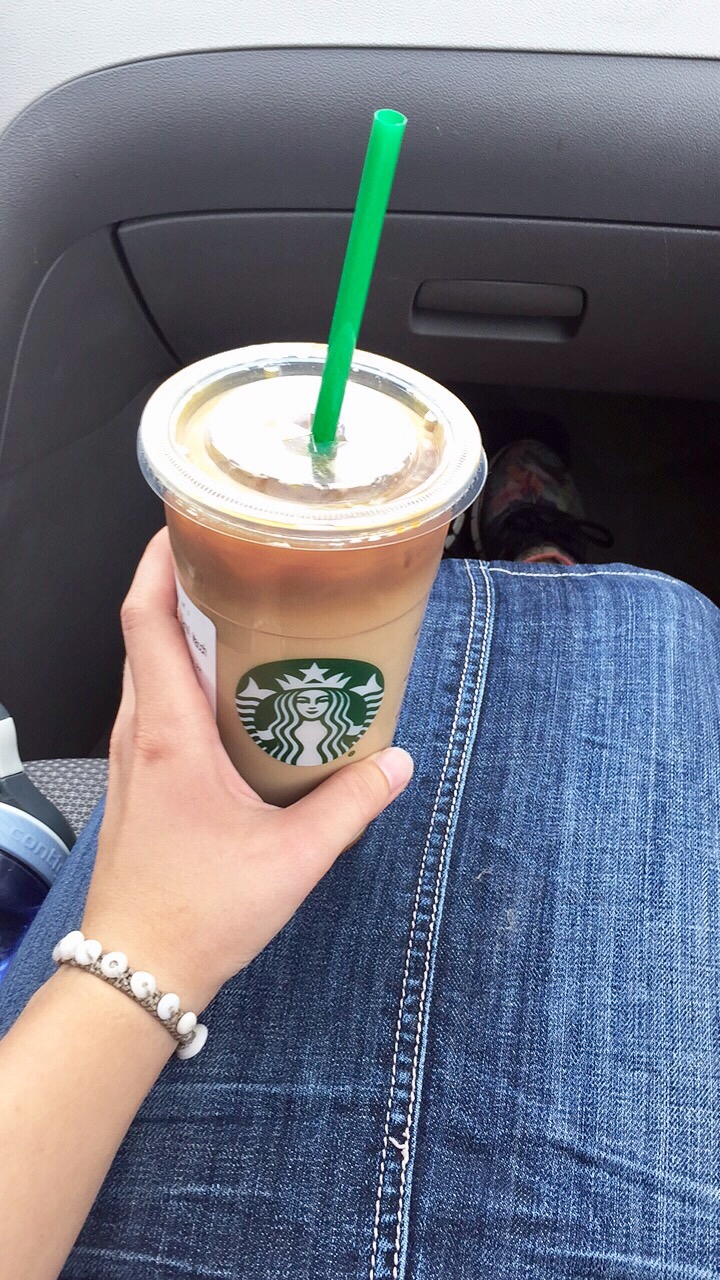 I have cleaned before and I know it’s not the easiest work in the world, but to go at it and not slowly either, for over five solid hours?
My unaccustomed and nail pierced foot and back were aching and I was so happy to have the place done 🙈

After a quick bite to eat at A&W, a burger for Mike and onion less, onion rings for me (😜🙈) we headed out to my aunt and uncles so I could do my cousins hair as she was a grad escort.

Back to the onion less onion rings for a moment, I dislike onions greatly.
I use them in soup and I’ll eat them baked into the odd thing but for the most part, I do not like them.
Onion rings are in between love and hate 😜
I love the outside batter dipped in ketchup, I hate the slimy inside onion 😬
As a kid, mother wouldn’t let me order onion rings just to eat the batter (understandable I suppose🙄).

But now that I’m an adult ! 😄
Mike lets me order onion rings and he eats the onions while I get the fried outside goodness😎

Back to the task at hand, hair doing.
It went smoothly and all were pleased with the outcome… which I actually have no photo of 🙈

Another day of cleaning awaited me.

So it was one of those sad occasions where I left home and Mike got to stay sound asleep.

I drove out to the large, three story house and began my day of scrubbing.

7 hours and many Adventures In Odyssey later, I was done 😬

Though for me, cleaning really is a great job.
Little to no people interaction, steady work which makes the day pass fairly quickly and you can almost always see that you made a difference 👌🏻

Once I was nearing home, I detoured to stop at our place in town to see what Mike and our neighbour had been up to all day.

Our neighbour had offered to help out if ever we needed and Mike had decided to try taking him up on that offer.
So they arranged a day and turns out he was a big help and more than willing to return😁

During Mikes time with him, he got all caught up on who was who, and what was what, with the towns people and places 😉
Learning more about our little ‘hamlet’ in one day, then any of us had ever known ourselves after living there approximately 20 years  😜

We decided to go to the service that evening at the church camp being held a few minutes away from home, so a supper of soup and cheese melts was thrown together and out the door we went.

One thought on “Domestic Purifier”