I worked that morning and didn’t get back home until around 1:30 that afternoon.

I was hardly home long enough to read the notes left for me by the parents and husband, when the phone rang and I was required to drive forgotten cabin items, into town for the parents.

Anyways… I stopped by our place to see if Mike wanted to come along and take a break from mudding and he did, so the plan changed from a quick drop off to Mom and Dad, to a sit down lunch with them 😋

Lucky for us, they were eating at Asian Lee’s and that meant I’d get a way better meal than the sliced apple and sweet potato crackers that had awaited me at home 😂

We ate with them, gave the forgotten goods and then parted ways… them bound for the cabin and us to go buy a car 😏

Michiel had found a deal that needed to be seized so an old Buick was purchased and home we drove, where a parcel awaited us😎

Each was lovingly admired and welcomed into our family 💕

Mike had burgers for supper and I had popcorn…

there are perks to feeding only two, too 😉👌🏻

On this day of being alone, I was lucky enough to have a book to occupy me 😎

I began reading ‘The Nightingale’ and as I read the first couple of pages I told myself to ‘read SLOWLY, take your time, read each word and imagine the scene before you.’

I have a tendency to ready quickly but I knew I’d be alone and didn’t have much internet to use or humans to be entertained by, so I wanted to try to take my time.

So I read, slowly, while sipping that morning’s coffee ☕️📘

I was supposed to take lunch to the construction crew at our house in town
(Crew being our neighbour and Mike 😜).

One catch, our neighbour eats potatoes and that’s pretty much it.
I wish I was kidding but no, that’s what he eats and how he goes through life… one french fry at a time 😳

So I went and fetched the sisters deep fryer and prepped potato slices to season and crisp.
Mixing up some dips for some form of diversity and a jug of iced tea to also take over. 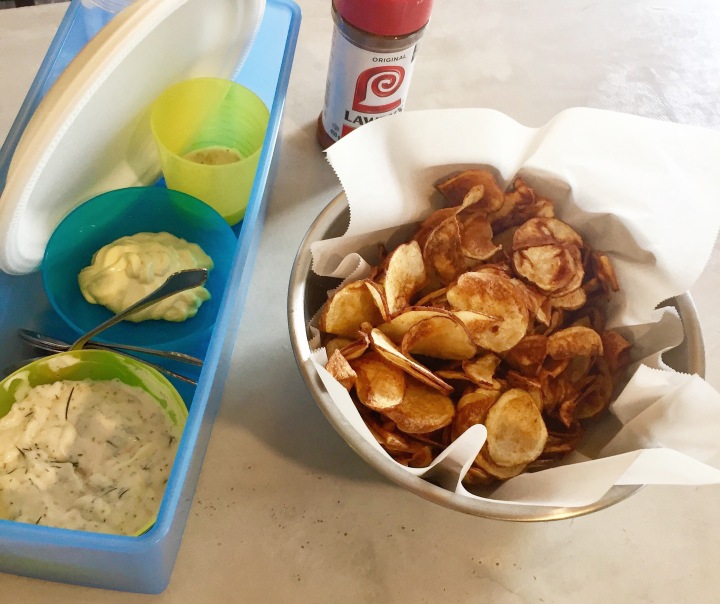 I then went home and went about the task of cleaning the car that we’d bought the day before, so it could be put back up for sale 😏

After which I began watering plants… propping the hose where it was needed, so I could sit in the sun and read, between having to move the hose to the next parched area 🌤💦🌱

Cement pieces were ordered and thus had to be made and after I’d prepped those and watered what I considered to be a sufficient amount, I did other mundane things until I could once again sit and read.

So much for my very failed attempt at reading slowly…

It was a decent book, though not christian, so there was at least one swear word and one or two slightly risqué (😜) ‘scenes’ but no more then almost any christian/romance book would have.

It’s the telling of two sisters lives throughout the war and it was interesting, making one think about aspects of the war that are often not the main focus and though a slightly sadder ending then I tend to appreciate, I would recommend

3 thoughts on “A Potato Purest”