The mom and sis were town bound, meaning I was left on little person duty for a while 😏😜

After stuffing them with butter and salt covered noodles, the miniest one went for a nap and I decided to be the awesome aunt and allow a movie for the less mini one 😜

Such a win win situation, she thinks I’m nice for letting her see a movie and I got quiet time to read/relax beside her 😏👍🏻

The guys were at our place, mudding and sanding away (where else would they be 💁🏻) but they returned when the mom and sister did, since they’d brought back Chinese food for lunch🍲

The afternoon brought Bob with it as well, as he had returned from work to spend the weekend with the fam ☺️

Mike and I got up and enjoyed coffee and stroopwafels (which are now a daily food item since our basement if full of them😉).

After Uncle Mike read a couple of books to the early rising Little, we left at 8:30 and began the process of de-dusting the house, which we knew would be no small feat 😬

Reinforcements came around 11:00 and the dust started flying.
Truly 😷

It was a busy few hours but come 1:30, the first coat of primer was covering our upstairs and main level 👍🏻💯 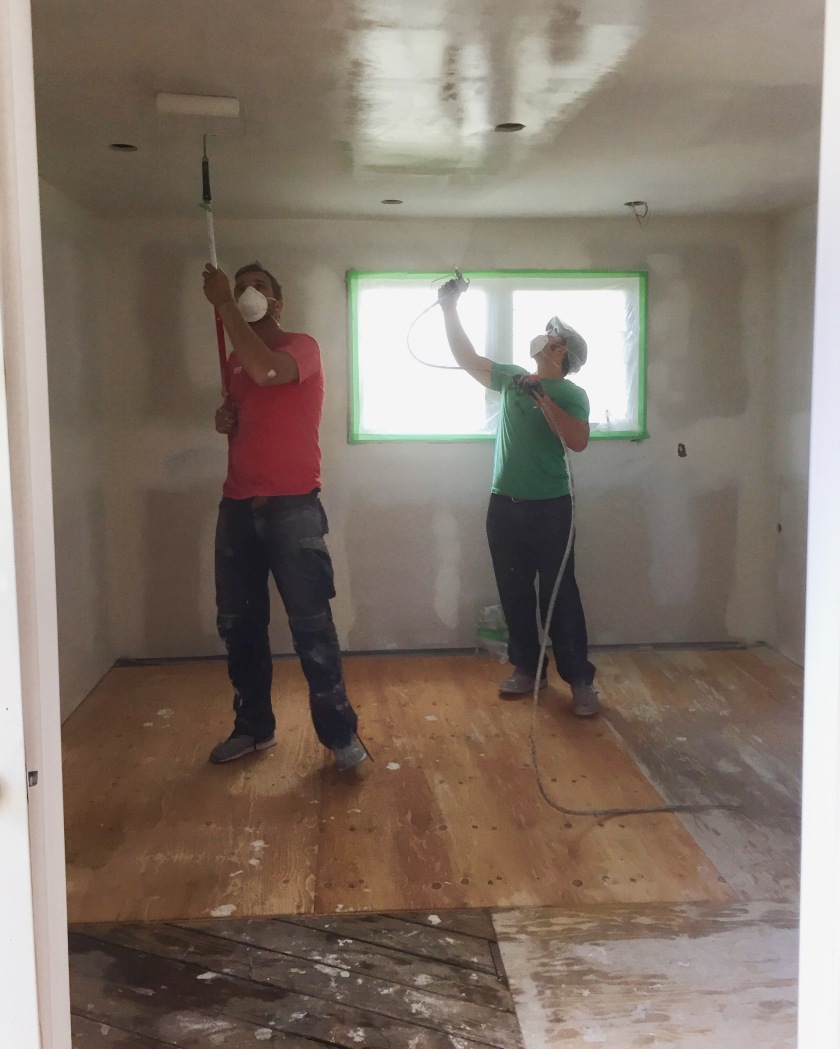 Mom, Dad and the sprouts had come over somewhere in the midst of it all and Bob the logger took care of the large, drooping branch that was taking up a large chunk of the kitchen windows view 😏 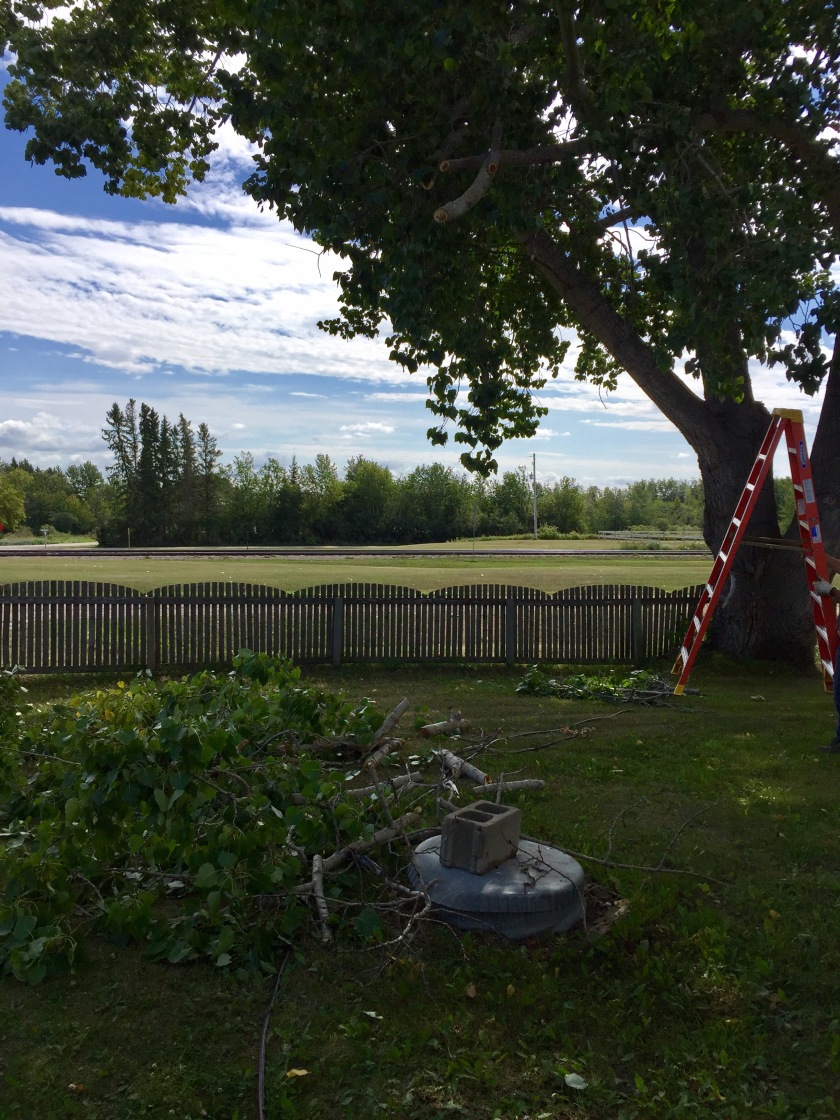 Bon Bon and the sprouts assisted in loading up the remains 😉

Lunch was chicken strips, which some made into burgers and then a large pot of recovery coffee was brewed.

Mike had to go into town for supplies and the bro and I went over to the house to work on patching the last of the nicks and dents that the primer had made visible.

Finally after that, was I allowed to go home and shower and once again I had brown hair and not premature grey 😜

I planted up the mini pot I had made for Alaina, which she painted for herself, though I approve of the colors she picked 😉 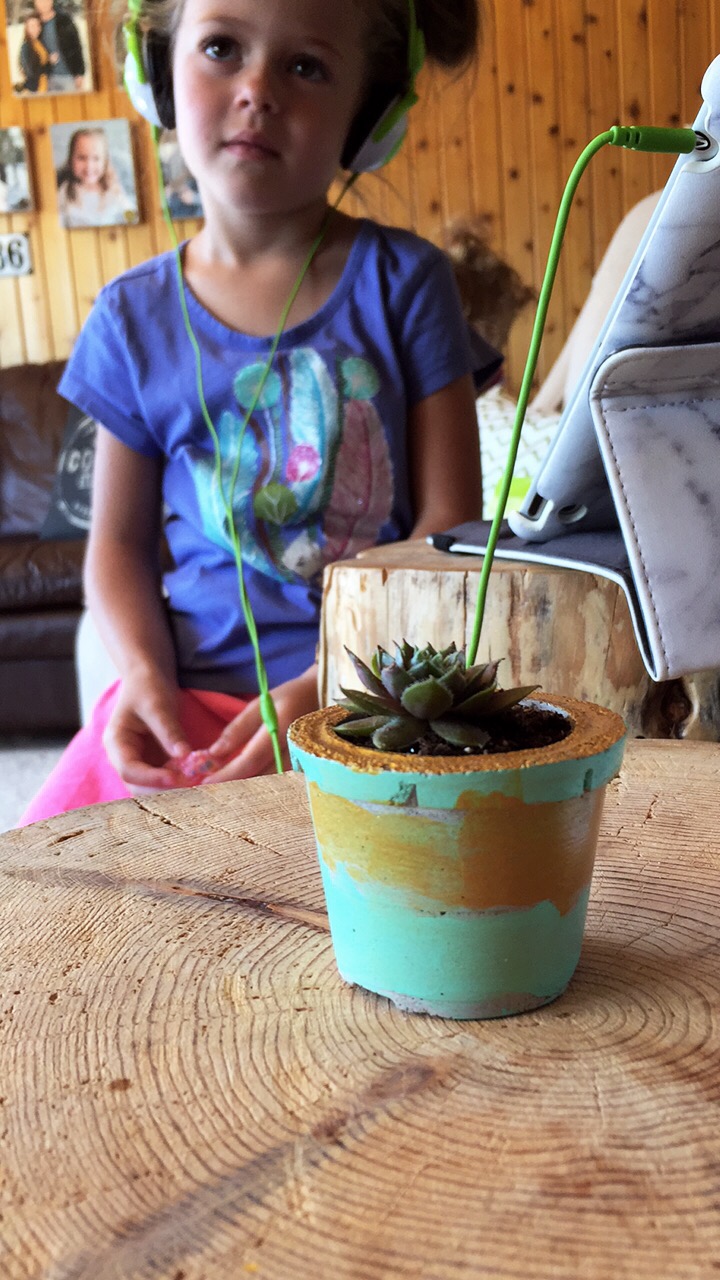 The sister had made a fabulous turtle cheesecake which we all, happily dug into that evening.