The last morning with the sister and her fam.😭

A small whirl of packing, toy sorting, item relocating, preparing etc. took up most of their remaining time and then the terrible goodbyes had to be said before Mike drove them off to the airport.

Through the farewell tears, the house began getting a fairly large cleaning.
Mom and I going multiple directions to get most of the evidence of kids having been around, gone 😜

We also exercised and had a snack somewhere in between all of the cleaning and laundry and at almost exactly 3:00, the Aunty and Uncle from Ontario arrived!

We visited with them and then supper preparations came under way.

A light lemon oil, basil and pine nut sauce was made to top our shrimp and wild rice pasta along with a little bitty container of cheese.

As we finished supper, the sister (in-law) and her saplings came over for some evening visiting time before we took the Aunt and Uncle over to see our house before it got dark.

The Aunt and Mother arose early enough to complete their workouts before getting ready and heading into town for a day of girls shopping.

I did no such thing 😜

Getting up and having to measure out breakfast portions and make a lunch according to the leftover portions, seemed like enough physical strain for one morning 😉

I defaulted to the Sommerset Rice Bowl and once we were all ready, off to town we went.

The farmers market was the first stop and mom got some micro greens from Pacsa.
On the first pass by them, I hadn’t noticed they were also selling naturally flavoured and sweetened lemonade, coming in raspberry, strawberry rhubarb and peach varieties ☺️👌🏻

So as we left and walked by again, they were noticed and readily bought.

The bottles were a little differently shaped then your average plastic bottle, adding in a little cutsie factor, along with the delicious flavours we found inside! 😄💕🍋🍓🍑

I had to pick up some paint for the house trims, since a grey was chosen and while there, I of course glanced at the wall of color squares 😁 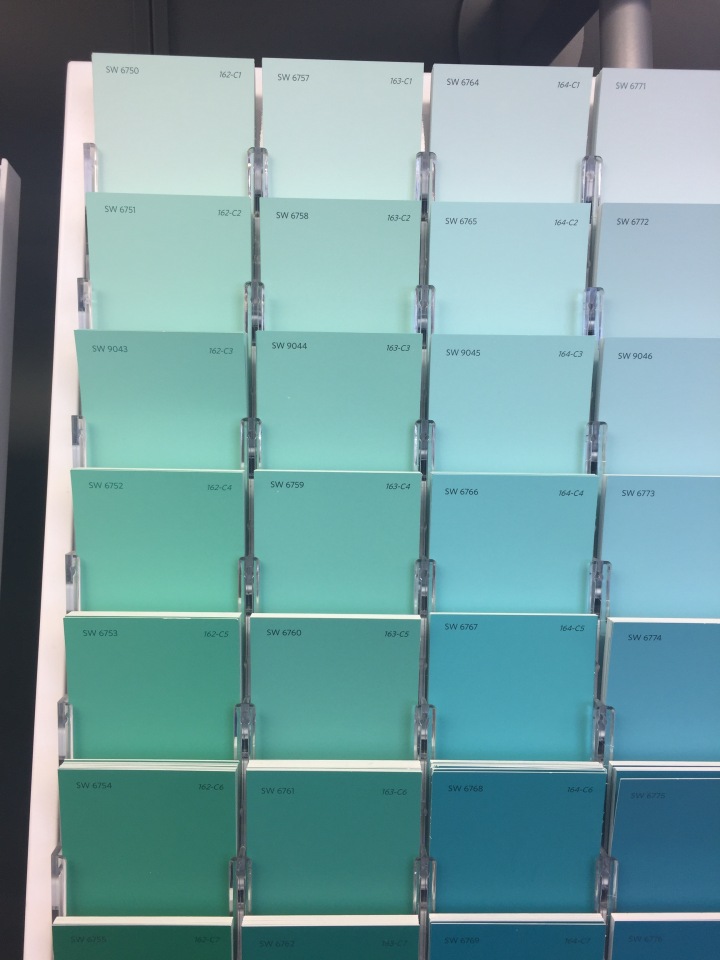 I want ombré teal/mint ish stairs rather a lot 😎

It was then on to some clothes shopping and Nike, I love you, but could you just be a little less expensive or have more sales? 😩

Why you make such pricey clothes?! 🤷🏻‍♀️

It was pretty sad walking past Canadian Tire’s burger stand and smelling glorious things 😬
I had thought being busy in town would make eating less/healthier, easier.
Being busy and going from place to place and all but instead I found it harder.
More smells and sights and man, oh, man why did I agree to commit to two weeks of this 21 (14) day fix thing 😂

We finally returned home, all tuckered out from shopping and needing coffee (or tea if you’re my aunt who has life going for her until you get to that whole ‘tea’ bit 😏😜).

Eventually everything was put away, supper prepared and portions dished out.
Us girls complaining of soreness and the guys complaining about hearing about it 😜

(During our day of shopping, the hubster and uncle had worked on our house, Mike being very pleased to have someone around who knows things about electricity 😏💡)

One thought on “Farewells, Greetings And Growling Stomachs”