Mike and I headed to town so he could again, try to figure out what was wrong with the car and after that try to sell some Cookies.

Which he did both 😏

An all wheel balance cured the car of its major shakes and Family Foods in Prince Albert now stocks stroopwafels! 😄👌🏻

I cleaned and a tip was given and goodness that’s a good feeling 😎
Especially since my last job cashiering offered no tips, ever…and even if it had been offered, we employees ‘were not allowed to accept’ 🙄

After getting back home, I had to figure out a supper plan so I went to the 21 day fix Pinterest board 👍🏻📚 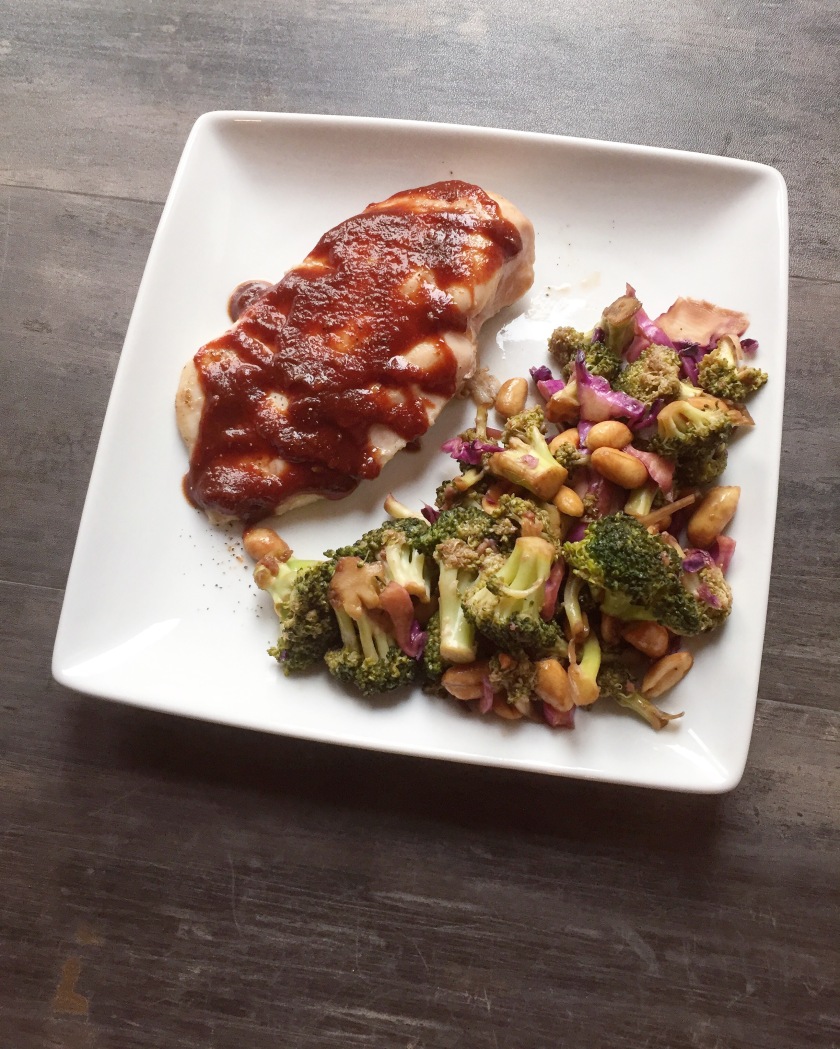 I really liked the peanuts added in with the veggies and though I have eaten things like that before in restaurants, it somehow had never occurred to me to add them in on my own.

Another morning of cleaning and then town errands.

Mike required a lock chop (hair cut) before we head to the states, so we searched out a salon for him to try.
While I waited for the deed to be done, I ate my packed, quinoa salad for lunch.
Right beside Dominos Pizza…🙄

We then went home and had to take the car over to our house, so it could be sold and then we proceeded to walk back home 😜

Mom was working and whatnot so we had no ride but I was okay with the 5 km walk.
It wasn’t really a walk ‘together’ though… as Mike lagged far behind the entire time.
Drifting further and further back, rather than catching up.

I did think of and understand his dislike (kind of 😜).
As much as I hated walking leisurely and slowly dawdling with him, he can’t abide by my speed walking.
I just think it’s funny that the two aren’t switched 😉

Once I made it back to the house, it was 30 minutes of a very unpleasurable cardio workout😜

Mom got back home as I finished that up and we all whipped up our own personal pizzas using tortillas. 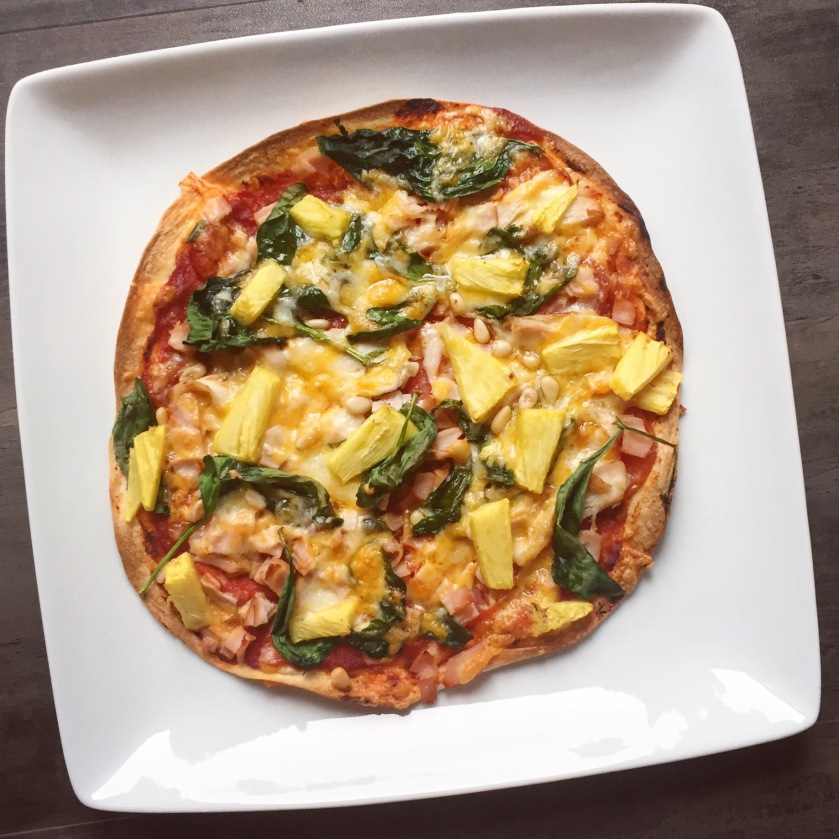 Mike and I then left to go look at a car. 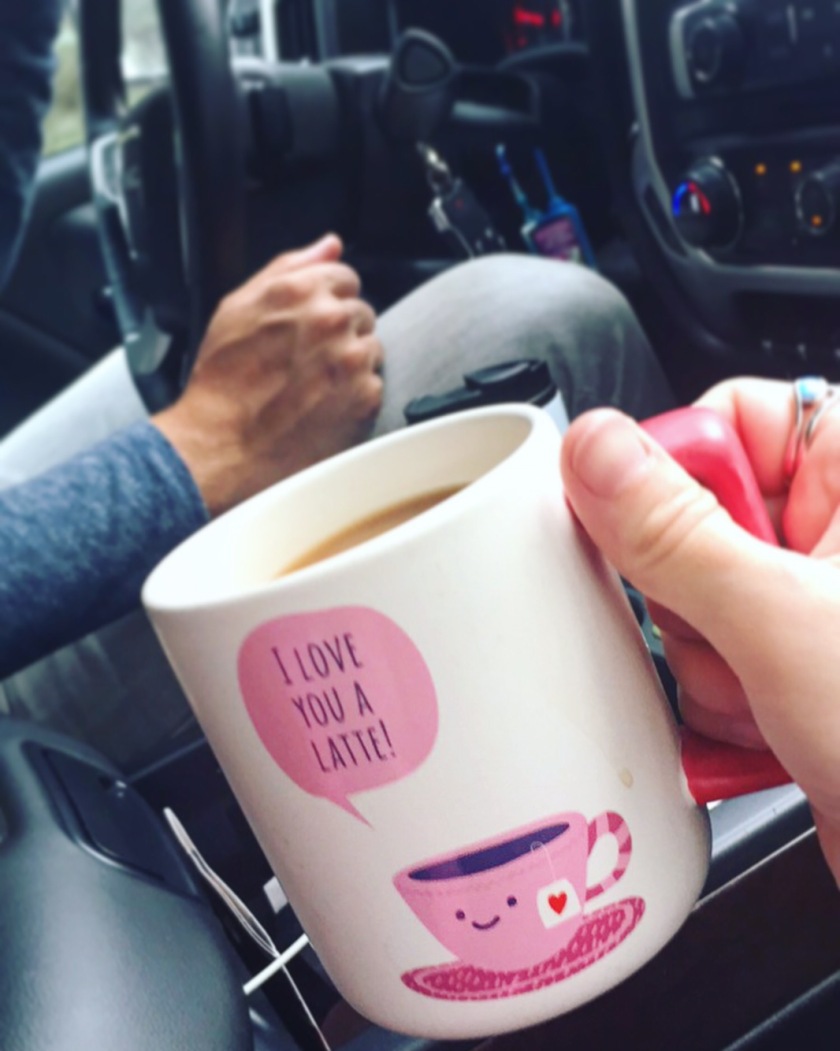 (It feels so wrong, yet so right to drink coffee like this while travelling 🙈)

It was one of those cars that looked great and we wanted it to be great… but we both had an off feeling about it, so it was left.

Since we were already a distance from home, Mike looked if there were any other vehicles for sale in the area.

Because who DOESN’T sell and then also buy a vehicle on the same day?

We checked out another but the body was in pretty rough shape so it too was rejected and then one last one was found to check out, though I hoped he would resist it as it was getting dark out and reaching max budget.

Mike was sold immediately as it was an SUV, something he has talked about owning since moving here.
I knew at that point that anything I said would go in one ear and out the other, so I retreated to the truck to let him negotiate.

Then let the white knuckled terror begin 😏
I had to drive Mom and Dads large truck, home.
From the middle of a city.
At night.
Without my required glasses, which take all the bright lights down from bright distracting glares of brilliant light, to the normal, glowy headlight size.
And if you’ve read this or known me for any amount of time, you know I’m uncomfortable driving in even the best of circumstances 😬

So, in all transparency no, it wasn’t a pleasant ‘couple moment’ where the happy husband and wife drive home with a new vehicle 😏
You can fill in the blanks yourself 😜

Finally the drive was over and I quickly stuffed my face with a bran muffin the sister-in-law had sent over earlier.

It tasted like it was the best muffin I’ve ever eaten my whole life 😂
Having almost no sugars or sweets of any kind in almost two weeks doesn’t sound that long, but after that first bite of muffin all the memories came back 😍👌🏻😂