We stayed home and listened to a sermon that morning.

Father had to depart back to work that afternoon, so time was spent together.

A breakfast of kodiak pancakes, eggs and fruit filled our bellies and then the bro and his tribe came over to hang out as well. 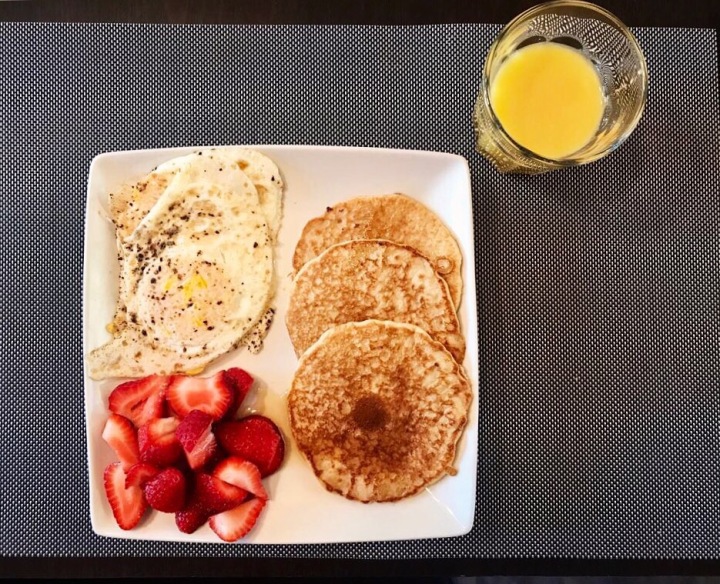 It was a weekend of much caffeination

I had a custom order to wrap up so the old thinker was dusted off and it worked on finding a suitable form of packaging.

The Pops said his ‘see you later’s’ and it would indeed be later, as hubster and I soon leave on a trip to the states.

I had more cement pieces to create and some things to sort out pre-trip and then the mom and I went for a walk.

Mike didn’t want to walk with us, but he did want to do something outside.

So he and I tossed the baseball around for a while, before he decided to tackle me and I had to try to use my newly gained strength to remove a human who is truly double my size.

I got the bruises to prove it 😜

It was the last night of my two weeks on the eating/workout challenge and though Mike was rudely offering breads and chocolates (🙄) I stuck with it and had an evening snack of a chopped up, yellow pepper and dip.

Which actually was really good 😋

I love making the super easy sour cream and onion soup dip mix for eating with veggies or chips! 👌🏻

The morning I had long-awaited. 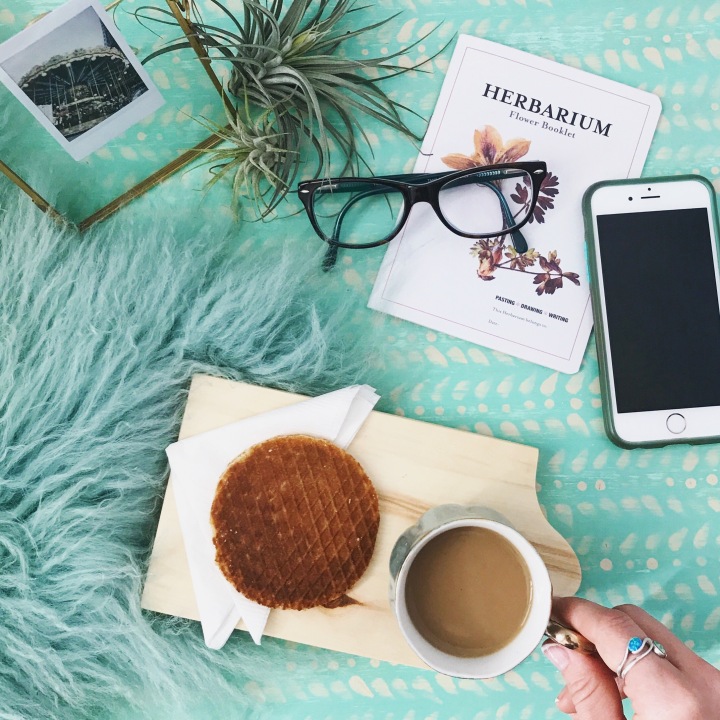 I sipped one coffee, poured another and then devoured and tried to savour all at once, a stroopwafel.

I didn’t think I liked them that much but NOT having one with coffee every morning?

I was done the challenge and I stuck with it to a T and never before have I actually stuck with anything of the like, so I give a head nod to my self achievement 😉

A change was noticeable and as I go forward, fret not I won’t be eating only kale and boiled eggs from now on, but I DO want to try to cook a little healthier after seeing what can be done if you apply your mindset to it.

The recipe called for 1/2 cup of oil, so I of course used that.

While on the eating plan I made a ‘healthy’ version of the pasta, using only 2 tablespoons of oil and cutting back a bit on the cheese and adding a few more tomatoes and guess what?

Same taste, way healthier but it’s to mentally notice and adjust it accordingly.

So, soon you will be seeing posts of what I ate when we were out and where it was and how delicious this, that and the other were and how stuffed I was from so and so…but when we are back at home, I hope to offer, at times, a glimpse of a somewhat healthier Jess 😋

Post exercise, it was house cleaning at home for a change and then I decided to make some bran muffins to have ready for when we travel.

I switched out applesauce for butter, honey and maple syrup for sugar and whole wheat flour instead of all-purpose and they turned out really nicely! 💁🏻

I love a warm bran muffin with cheese 😍

I made supper experimentally as well, using a recipe found on Pinterest for healthy, buffalo chicken spaghetti squash. 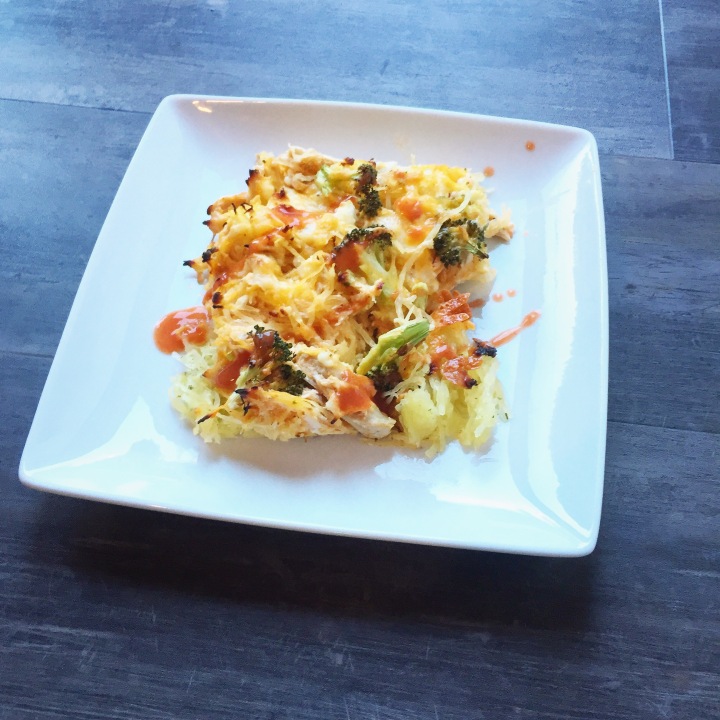 A bit of spice, bits of deliciously browned cheese and chicken but lots of veggie content!

One thought on “Savoured And Devoured…All At Once ”