If I don’t keep up with writing, I remember nothing 🤷🏻‍♀️

I know I worked out (trying to get back into after the trip to Az ruined me🙄) and Mike worked at the house, putting up some more trim and what not.

He checked the mail and the wedding photo albums for our mothers had arrived and they looked great, so we happily awaited ours, which would be slightly larger 💑👌🏻📚

Michiel had work to do with the bush business and Mother was out and about, so I had the house to myself and things to accomplish.

One such thing was to go to Mike and my’s house and put a second coat of paint on some trim and the bed frame.

Some overnight oats were mixed up in attempt to have some kind of easy/different breakfast ready for the husband to eat before work and yes, also for me to eat since I prefer to do as little as possible in the morning hours  😏😋

Supper was on my to do list as well and so I searched for a somewhat healthy, pasta and chicken dish.

I found one via Pinterest (where else?) which mainly used blended cottage cheese for the pasta sauce and it turned out rather nicely! 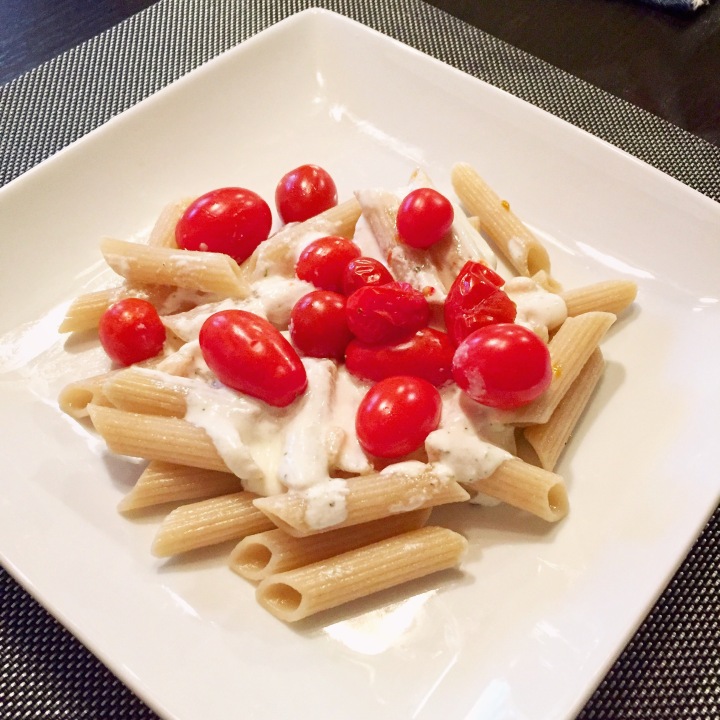 Very garlicy, even though I did three cloves to their suggest EIGHT and then watered down the sauce with some chicken broth and roasted tomatoes, but it was good non the less.

But isn’t anything with pine nuts and garden fresh, roasted tomatoes? 😉

I did very little.

I did even less.

The reason for these unfulfilled days is that I got some kind of allergy/illness which rendered me almost totally bed or couch ridden for two days.

The possibly worst part? I was still hungry!

What is the point in being sick if you still want to eat food you can hardly taste?! 🙄

I did get to enjoy a pork roast Mom made by the second evening of less than top body function though and I ate said pork with some apple butter I had attempted to whip up, lazy style.

No 20 billion cups of apples, no sitting in a crock pot overnight, just applesauce and some spices, in a little pot for a few minutes ☺️👌🏻

I think it turned out rather nicely and Mike really liked it too and it kind of wreaks of fall festive-ness, so it will be made again