A trip was taken to the ‘big city’ and our first stop was ‘Jysk’, where I went about purchasing a couch.

Now, I know you are all thinking, ‘Hold up, she bought that red antique-ish couch I thought?!’.

She did, but in the excitement she didn’t measure it or really take into reflection that the comfort level was rather low and the cost to buy chalk paint rather high, as well as the risk levels 😬

It hurts deeply to say that no, I won’t be repainting it and yes, I’ll probably have to put it up for sale.

Being a sensible adult, isn’t the most fun thing I’ve ever done 💁🏻

I love it so much and I can just picture it now, in all of its turquoise/peacock-ish blue glory… but I can’t justify the risk for the cost/comfort.

RIP to my dream of having a jaw dropping statement piece of vintage furniture.

So a sensible, comfy and size appropriate piece has been purchased and I do like it as far as non turquoise/vintage couches go 😉 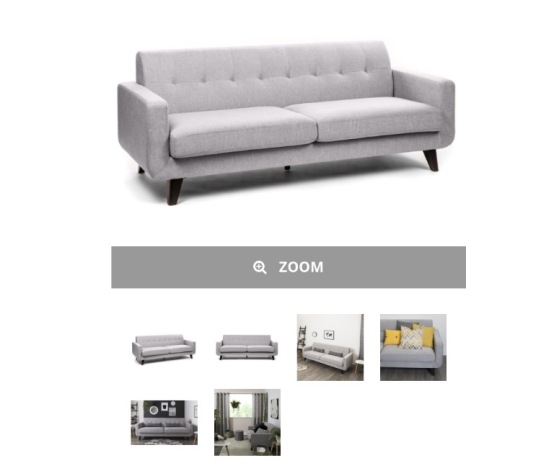 After that, it was many a store pursued and many ideas gotten.

I loved this Moroccan/boho bench that would have been perfect for the entry/shoe area, but I couldn’t justify $300 on a rarely used bench, so a DIY version may be brewing on the back burner of my brain now 😉😏 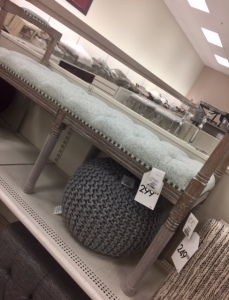 Mystic Java was the place to stop for some refreshment and its location amidst some taller, schools building and the like, made it feel big city ish indeed.

Our drinks were not the most thrilling we’ve ever drank as much as I hate to say it,  though they were two of their cold varieties so the warm ones could be a whole other story 😉

If I lived around there I would totally go back just to relax/internet/visit etc. with the pleasant atmosphere.

More not finding any clothing and actually needing some, as I’m realizing some winter items must have been left in Holland and the weather here is quickly changing to that requiring layers 😬

Its like preparing a child for winter, as he has no snow things so the whole shebang will need to be gotten, gloves, toque etc.

Poutine from the same place made up our supper during the drive back home and our day in the city proved tiring as always.

Maybe not a whole ton on my side accomplished, but many an idea was gotten and those don’t even cost money 😉

Most of what occurred on this day was house reno stuff.

I got some more boxes ready to load up and take over to our place and then once there, began the task of washing all of the kitchen cupboard drawers and doors, so that they could be installed.

As well as patched trim.

(The house is coming along smoothly and many a little thing has been making a big difference, but I almost think you’s can wait for pictures until THE BIG REVEAL, now that you’ve waited patiently this long.

I almost always have little sneak peeks up on the Jemstory instgram story though, so if you are ultra curious, check in there 😉 )

Mom then made us all a tasty supper of roast, gravy, corn and roasted potatoes, which the others all enjoyed pre going out to play pickle ball, which has begun again at the hall right close to our house 😏🏓