He went to our place to work and I prepared us some lunch to be toasted up later, worked out and readied myself for a trip into town later that day.

Lunch was just some ham wraps with peppers, mustard, mayo and some seasonings but once toasted, I really enjoyed it ☺️

I went with him back to OUR house, to blog and since he got the only room with a chair for his work space… I got a trunk and cardboard box in the kitchen to call mine  😜

Supper was the ‘Peanut Chicken and Zucchini Noodles’ recipe from Sally’s Baking Addiction again…and again, I advise you to try it for yourselves 😄🍴 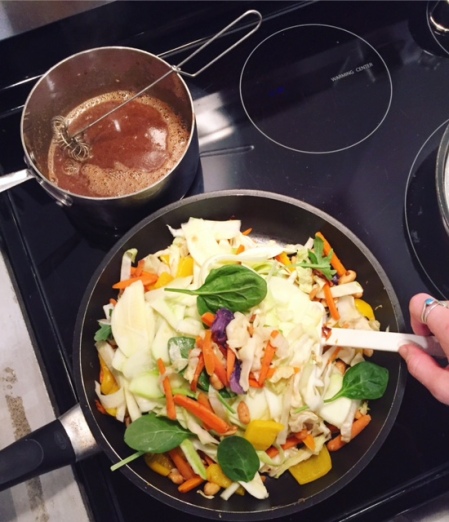 Want to truly know the unglamorous detail that took up tons of my morning?? 🙄

I know that’s extortionate… but let me explain!🙈😂 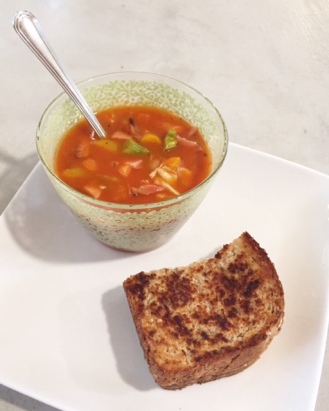 Hubster said he liked it too but I think he is just learning to say that when I make soup, rather than annoy me by saying something like, ‘it’s fine for being soup’. 😜

Over at our house, the bro got our kitchen sink plumbed and our living room chandelier wired and hung 😄👌🏻💡🚰

I tried making a homemade pesto, pasta sauce for dinner but since fresh basil is hard to come by right now, I used a tube of it and thus, probably not as much as I should have used.

So a creamy, garlic avocado sauce with toasted tomatoes and walnuts topped the chicken and pasta and it was fine, but I would like to try again with real basil 😏