My morning began with a multi grain bread.

It was thicker and stickier than Mother’s usually is supposedly, so I did something amiss but after baking was completed, it tasted pretty sufficient 😉
I hate raisins in things but bread with dried cranberries ? 🤤👌🏻🍞🥖 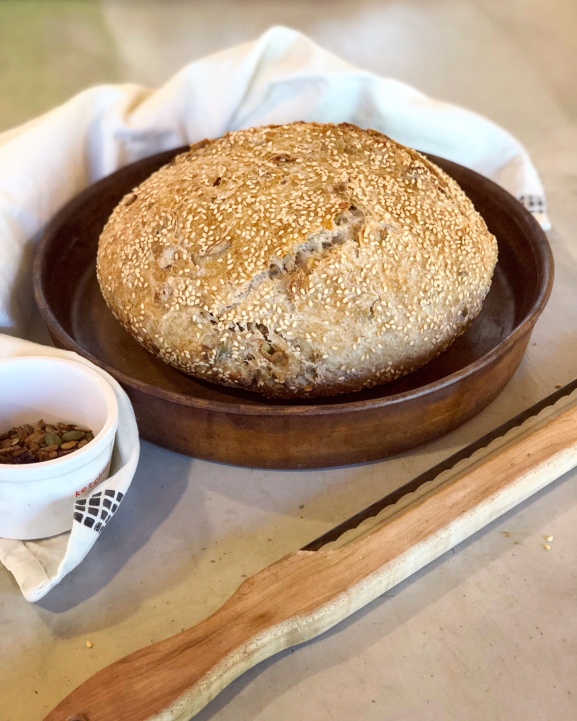 I made cream and herb chicken for supper though the recipe was heavy on the thyme in my opinion. 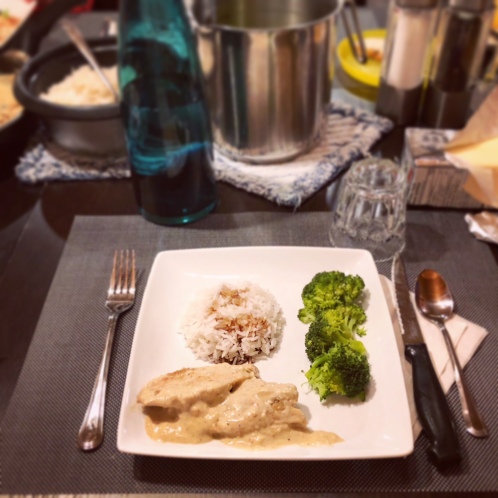 Our grocery order was picked up by the bro and delivered to our door that evening, the strawberries were a bit moldy but besides that, everything seemed just dandy and totally worth doing again 😉 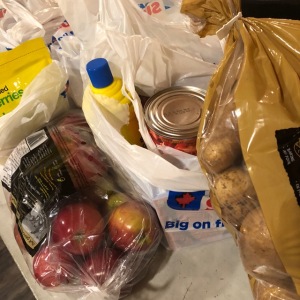 After a leisurely morning, Mom and I headed to Saskatoon to go check out the Flock and Gather craft show. 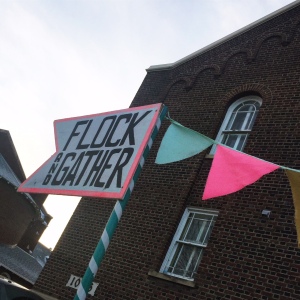 My personal favourite was Joy Weave Co‘s wall hangings 🤤💕👌🏻
I’ve ogled her work ever since coming across it on instagram and to see the magic in person was of course, even more impressive 😉 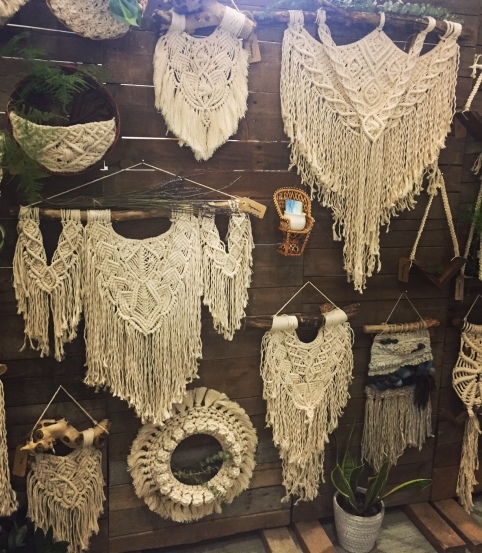 A new favourite was also found, as Calista Prints watercolours ooze the color and style of whimsical/realistic perfection 🎨

There were many other nice and unique things but it’s hard to buy anything for the house, when we haven’t actually moved and lived in it yet.

On we went, deciding to go to Una for dinner and being delayed by the lack of parking.
Around and around we drove and no spots opened up, so we went to check out a pottery shop we’d seen a sign for nearby.

I found some plates I liked in a Saskatoon store awhile back but while in a Target in Hawaii, I found similar, though BETTER plates. 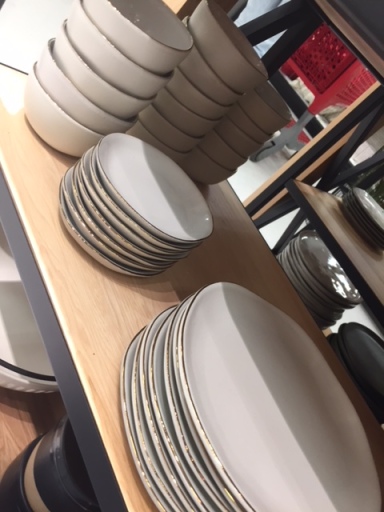 Of course they turned out to be part of the Joanna Gains collection 😏
They were a little out of price range and very non packable, so they were left, but an idea was formed.
Could I create MY OWN set of dinnerware? 🤭
The point of that story is that while at the pottery shop and the Sundog craft show that followed, we asked many a pottery class questions and it has indeed peaked our interest, so if you have any information for beginner, pottery wanna be’s, let me know! 😜🏺🍽

We again attempted to find a parking spot near the restaurant and finally did, so we walked to Una and sat down to a menu which produced many questions 🙈
They changed it up since last time and I was having issues deciding but finally prawns in a lemon sambuca  sauce, served with focaccia bread was picked to share, along with a margarita pizza.

The prawns were tasty. 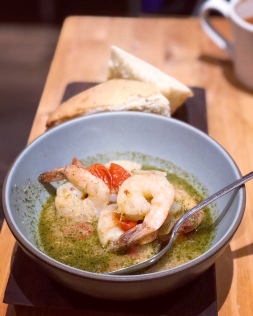 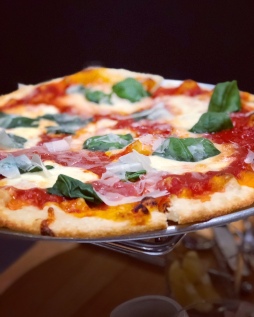 They had a unique, light flavour that I wouldn’t have come up with myself and the fresh basil made the margarita pizza. 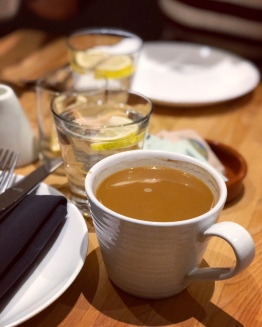 One disappointing thing is they only serve ‘Americano’s’ at 3.50 a piece and offer no refills.
Our server was lovely though and again the book on tape playing in the bathroom made for a fun quirk 😋

From there we went to The Sundog Arts & Entertainment Fair.
It was busy and people packed.
We started with the top level, making our way through taste tests of all kinds 🥄
Mom bought a tasty toffee sauce and many other dip mixes and jelly’s tempted but were not purchased.
The lower level was the Home/craft/jewelry etc. area and again, many nice and impressive things were spotted but nothing that we felt NEEDED to return with us 🙁

I mean, I would have gotten this 100% alpaca fur, teddy bear had it not been $90.
No joke, probably one of THE softest things I have ever felt and  coming from someone who loves soft stuff… that means serious business😳 🙌🏻 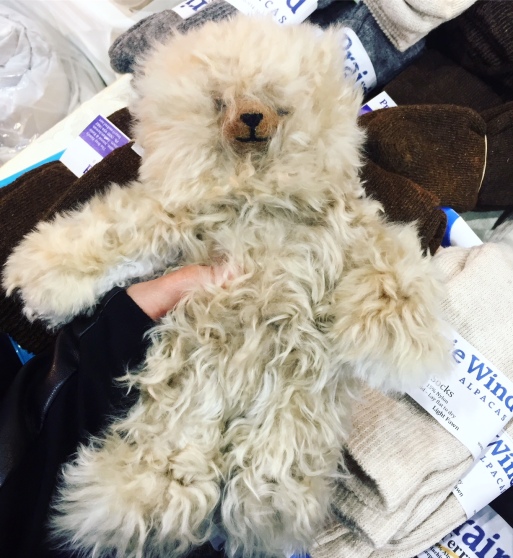 The one other thing that was probably most striking to me was Rust On The Prairies  lighting fixtures! 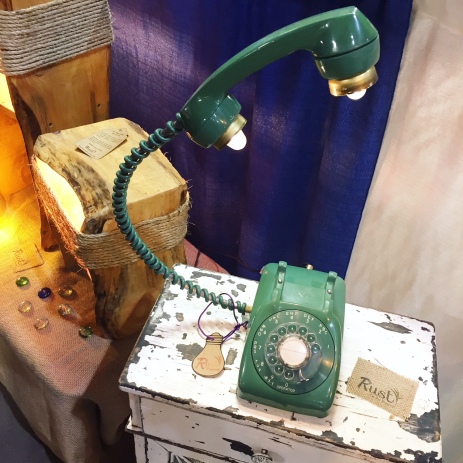 So unique it’s crazy, they would be such cool pieces to own and also conversation starters too.
And sometimes I need help with conversation-ing, so 👌🏻😏

Finally I did purchase a pen from Missing Spoon Jewelry.
I seen it at the start and decided to go back for it before leaving, as I realized I probably don’t even own a pen 😜 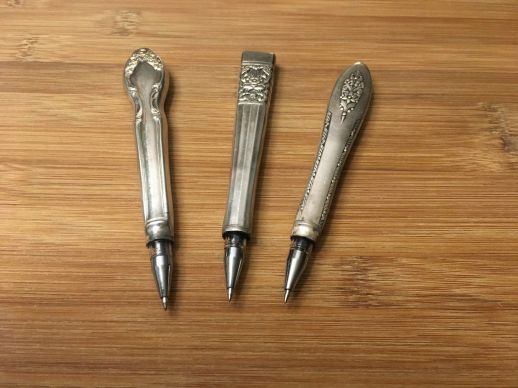 We left, feet slightly sore, the feeling of slight disappointment in entry fees that didn’t gain us much but besides those things, it was a lovely day together, so that’s what counts 😉💕 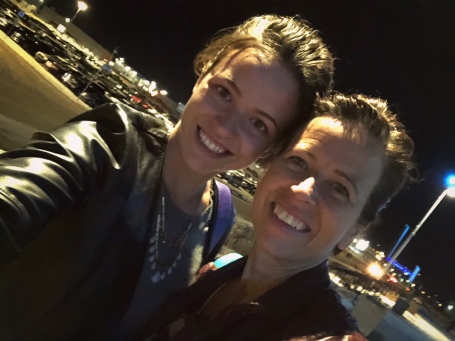