So ever since we got a house pretty much, I’ve been dreaming of being able to get a kitten.

I knew it would have to wait until we were ready to move in, though understanding that made the wait no easier 😜

Mike was even going to get me a kitten for our anniversary but we weren’t moved in yet and he didn’t think I would appreciate him picking one out, without me 😏

He was correct haha.

So once a more solid ‘move in’ date became clear, I began looking.

I went to look at the black and orange one and promptly decided that yes, she was what we needed 😉

So the next day Mike came with to pick her up and I told him he also had to see the one light orange one just cause he was super cute too.

He picked him up and melted, I pretty much knew right there that it was good thing we had brought a larger box 😏 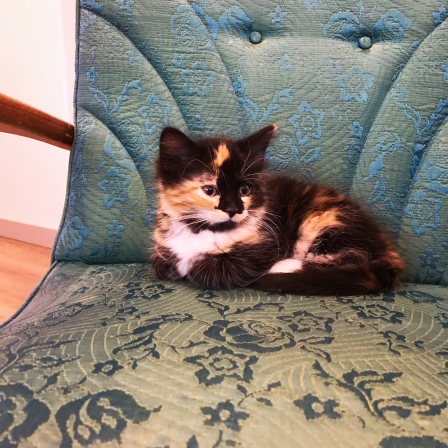 So, we happily and perhaps a little unwisely, left with TWO kittens, who are making it difficult to write this even now 😜 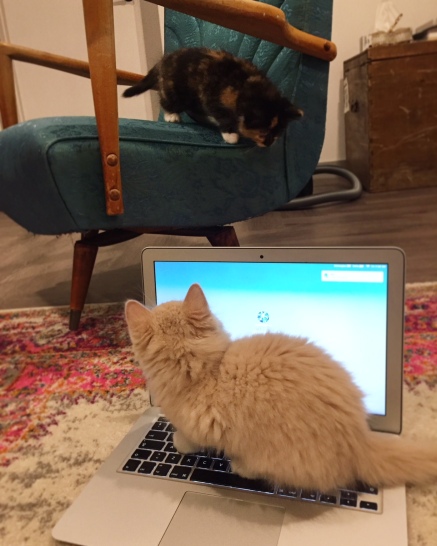 I’m thrilled, Mike is very accepting and the pitter patter of their little paws is just what this house was missing 😉💕👌🏻

We have pretty much decided on the name Atlas, for the small girl who mimics all her brother does, as her splotchy markings reminded me of the shapes seen on a map.

The light orange one isn’t named yet but he is a sturdy guy, reminiscent of a little polar bear when tromping away from us and he is super fluffy. Think lush sheepskin rug 😏

One thought on “Jem Moment x 2”