Monday was a big day for not just me but also for my sister (in law) and mother.

My sister and I had decided we wanted a little touch up lesson on bread/cinnamon bun making from the best person we knew to give such a thing.
The Mom 😏

So by 9:00 that morning, three woman were in the kitchen, two Bosch mixers going, four types of dough being created and two children needing attention between.

I decided I don’t ever want to work in a bakery😜
Not that I think bakeries include wee humans but the noise of the mixers and the search for the correct ingredients and tools between other people, though perfectly fine for one morning, is not a thing I’d be ok with every day😉
Fresh bread everyday would be lovely though.

By 3:00 pm we had twenty loaves of bread, eight dozen butter horns and three dozen cinnamon buns.
Roughly sixty-four cups of flour were used and that made me chuckle, thinking how shocked and disbelieving the family back in Holland would be, at the thought of having that much flour in one persons house, without a trip being taken to the grocery store 😂👌🏻🍞🥐

The guys brought Chester fried chicken back for everyone to eat for supper at the parents house and then those who play pickle ball, went to do that.

I had apple and pecan pies to prepare for the next day’s pick up, so that’s how my morning was spent. 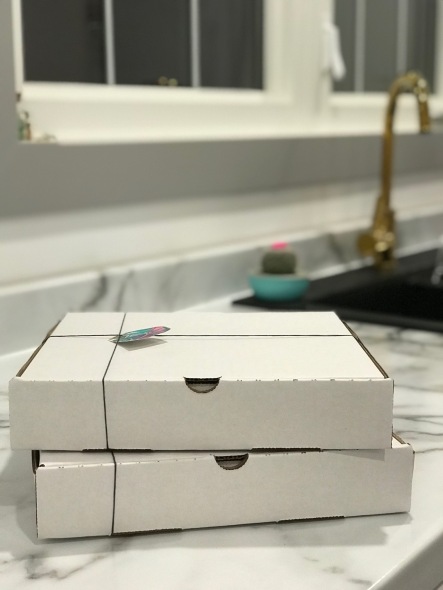 After the pies were done, we prepared ourselves for town, having a hefty list to try to work our way through.

One important thing that needed doing was getting a paper notarized so some things in Holland could be finished up.
We went to EIGHT different places before someone (a lawyer) would agree to do it and so there went our afternoon 🤦🏻‍♀️

One grand thing that happened though was that I FINALLY found a winter coat!
Just in time too as the temperatures are dropping rapidly and -40 is to be the expected average this holiday season 😬
I’ve been searching and searching but finding a coat that isn’t too long for someone as unnecessarily short as I, had been a trial.
At last though, a coat was found in the kids section! I actually found THREE coats there and has to narrow it down to one.
Turns out, children length outer wear is very flattering for those not blessed with willowy statures 😜

We went out for dinner to Montana’s, having to go out for a date before the husband ditches me, for Europe 😏
He is long past due for a visit back home and now it finally worked out to book and go, so he leaves after Christmas.

No food pictures available as it was a DATE, so phones were put away.

That’s actually only partially true… we would have put them away after food photos, had they not died first :p

It was a long day in town and we were happy to get back home, being tired but reminded how blessed we are.
Having a warm vehicle, stores, restaurants and the means to go out and spend time together, even if some of it is spent in disagreement over what home/gift/clothing items are needed and when 😜💕

One thought on “Not Just A Dime A Dozen”