We woke up, packed up and said our adieus around 8:30, beginning the 7 ish hour drive to AZ. 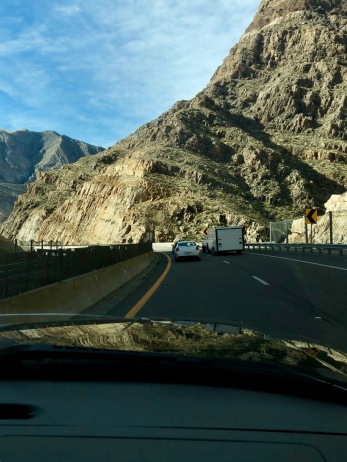 We stopped in Las Vegas to try out a Greek restaurant the sister had recommend but before we could get to it to eat, we had an appetizer of free, sugar cinnamon pretzels because a pretzel place was celebrating its anniversary 😜👌🏻🥨

The Greek food was good, the fries, tzatziki sauce and salad on point and the meat good but still more like kebab meat, in Mikes opinion.
He’s been missing Greek food lately 😜 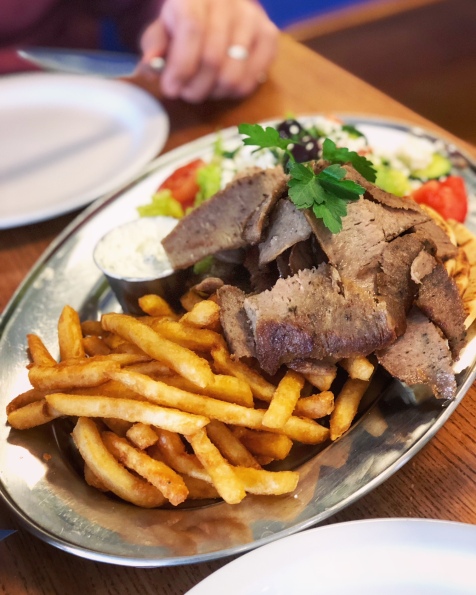 It filled us sufficiently and tastily until we finally made it to AZ and met up with a friend for dinner at a Abuelo’s, a Mexican restaurant the sister had also recommended 😏

Coming from Sask. and Holland, there aren’t a lot of Mexican food options, so to try it, we wanted to go somewhere where we knew what to order via someone else’s experience 👌🏻
The chicken medallion meal was split by Mike and I and it was very good!

It was crunchily coated chicken accompanied by a slightly spicy cheese sauce, two different filled enchiladas, rice and seasonal veggies.
All the variety on one plate was nice to have and now I can say that I think I like Mexican food.
Or at least that one dish 😜

We left the restaurant and headed to a park where the boys were playing soccer.
Meaning I got to sit/sleep in the truck for two hours while they did that 😏
Oh well, ‘‘twas part of the reason for coming to Az I suppose, so that Mike could mingle, socialize and play ball 😜

We were warmly welcomed by Mikes brother and our sister-in-law, as they moved over to their parents and gave up their apartment to us during our stay😬
Which was very appreciated 😉💕

We went to church and enjoyed a sermon learning about the times we are obviously aware of the blessings of God and than about the times we don’t necessarily feel Him near but eventually we can realize that was when He is working on us.
A reminder that we all need while wandering through this life and it’s hardships and good times.

He is always there.
We just have to go to Him.

After church we stepped out into, wonderful sunshine ☀
The evening before as we’d excited the restaurant, I’d braced myself for a cold blast which never came, so I was pleasantly prepared for the warmth of +20 this time 😜

We went to lunch, again for Greek (hopefully Mikes search is ending) with Michiel’s brother and friend.
I enjoyed a chicken lemon soup and a dish of pasta with ricotta and another type of cheese, covered with a tomato sauce 🍴☺ 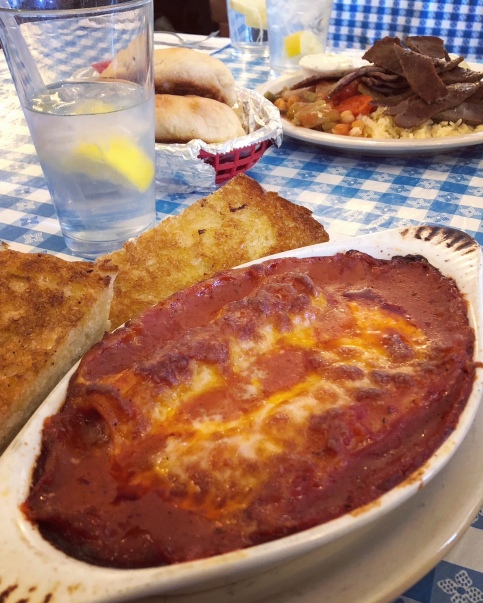 Mike then dropped me at the apartment so I could nap, while he and his friend went out shopping 😜

He returned with a gift for me, an adorable, glass pitcher in a light blue ish color.
It’s base having some ornate designs and then… bunnies.
It was an easter pitcher and he hadn’t noticed the dumb creatures semi hidden in the otherwise perfect pitchers design, so it was a good try… but it’s return was inevitable 😂

We then went over to hang out with the family and friends and celebrate the sister in laws birthday.
Some delicious thin crust pizzas and spicy wings filled us and then coffee and desserts of course followed 😏

It was an entertaining evening, some personality quizzes and weight lifting got involved and it turns out I am 99% introverted and Mike can’t bench press 😂
No offence to him as they weren’t attempting light weights, nor has he done any bench pressing before😘

We departed and Mike set his alarm for his day ahead of experiencing the work his brother does, landscaping…in Az heat after leaving -30 ish😜