To refresh your memory from long ago, we had completed the upstairs renovations in our home to a large degree but the basement was another story.

An unfinished, dirty and dark story…🤪 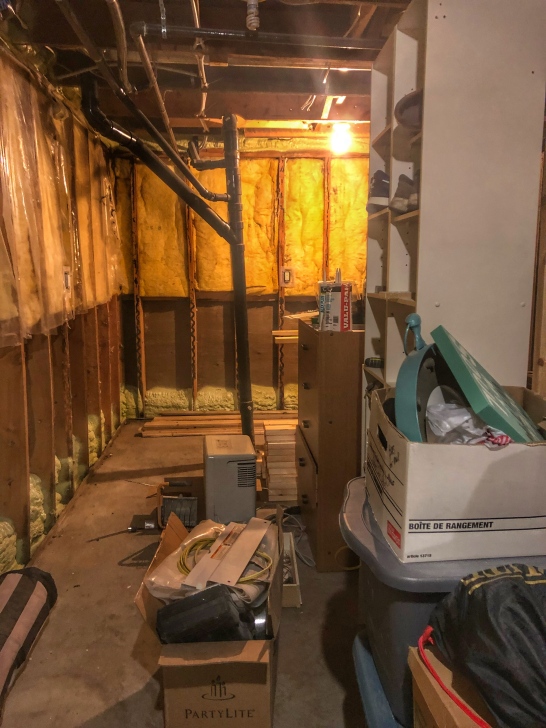 We decided on creating three ‘rooms’ in the area left over after having situated the laundry room under our stairs.

Mike moved the water heater from one end of the basement to the other, in order to keep all the utilities together and that opened up a lot more options for the rest of the basements layout.

A guest room with a small bathroom and an open, second seating area that could be used for a desk or couch or whatever the need would be and then the storage/utility room.

Glue down tiles from kijiji were installed in the storage room and then leftover flooring from our other houses makeover, was used in the guest room.

A window Mike found at the restore in Regina was installed, as the basement had no windows at all, so that of course let in much extra light👌🏻

As it goes and as you all know by now, the steps of finishing were taken.
Framing, insulating, drywall, finishing drywall, painting, floors, trim, doors etc etc. 😉

Lastly, the bro came over and helped wire the the new lighting/switches/outlets for the basement, so that Mike could install the floating ceiling to finish off the space!
Leaving it so much brighter & cleaner, in such a short amount of time 😁👌🏻

(‘Short amount of time’ referring to the ceiling install, not the reno… that took two years and counting )

The very last thing he accomplished in our basement space was the stairs!
We were tossed between paying for carpet and install or going through the work of sanding and painting them, in hopes they’d hold up. 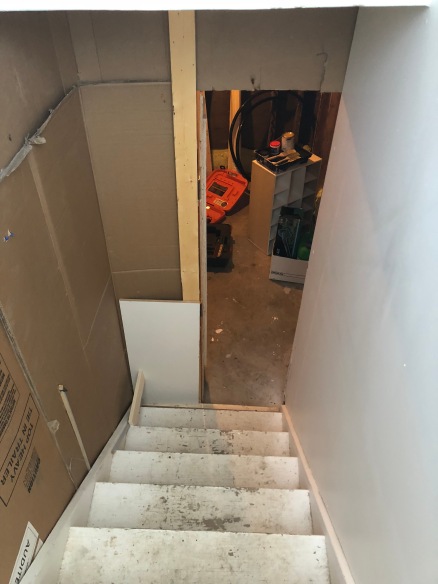 We went for a cross between option one and three 🤪
Carpet, but it was installed by Mike on a day he had off work instead of by a company and the carpet itself was end roll pieces, resulting in a $130.00 (ish) stair treatment 😏👍🏻

I’ll share the before and after pictures side by side here, so the full impact can be… impactful 😉

There isn’t any other picture of the storage area because, well… storage. It holds not only our supply of stroopwafels, winter/summer apparel, shoes etc. but also our water softener, heater and some obtrusive plumbing.

I title the above shot, ‘Stairs’… 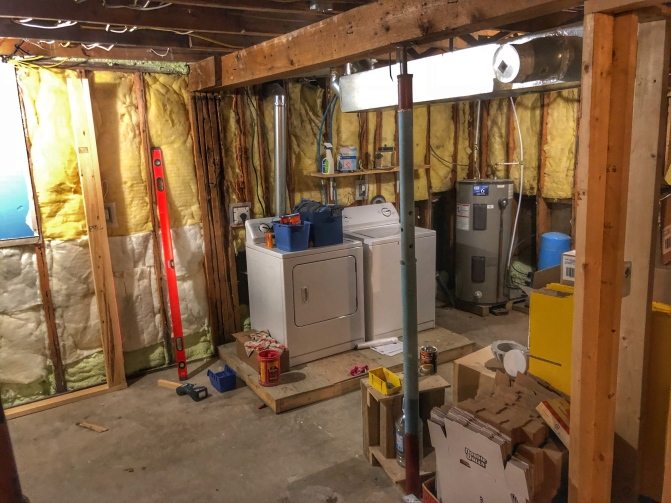 The washing machine and dryer were moved to live under the stairs and you can see that room here Airing Out Our Dirty Laundry . 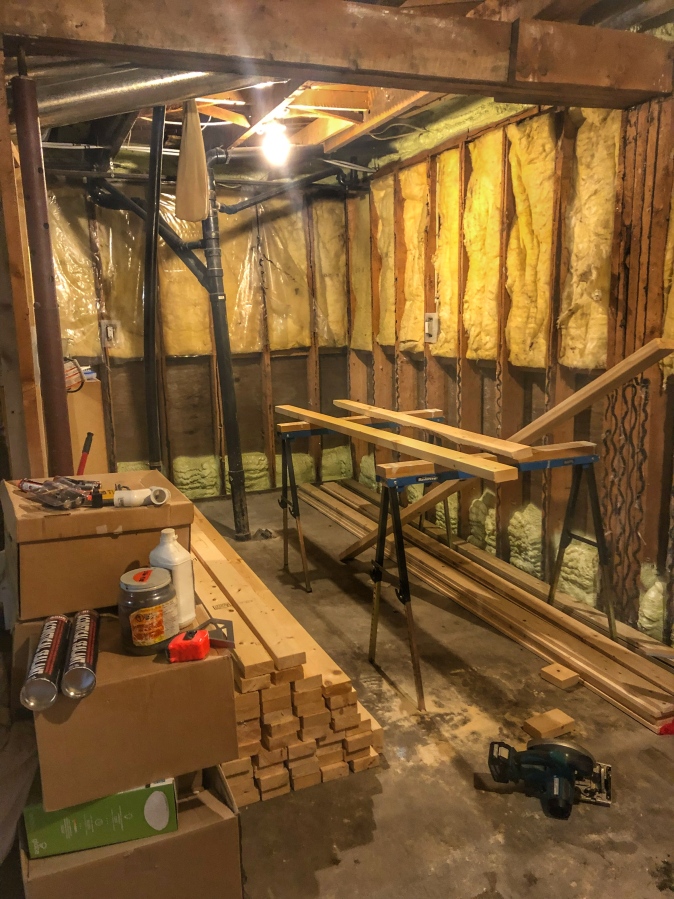 And finally, the overall view!

The guest room is nearly done but missing just a feeeew touches so I figured I’d save that for another time, though it will be done pre June, as we have official visitors booked in for then #motivation  😉

6 thoughts on “Below Deck – A Basement Renovation”